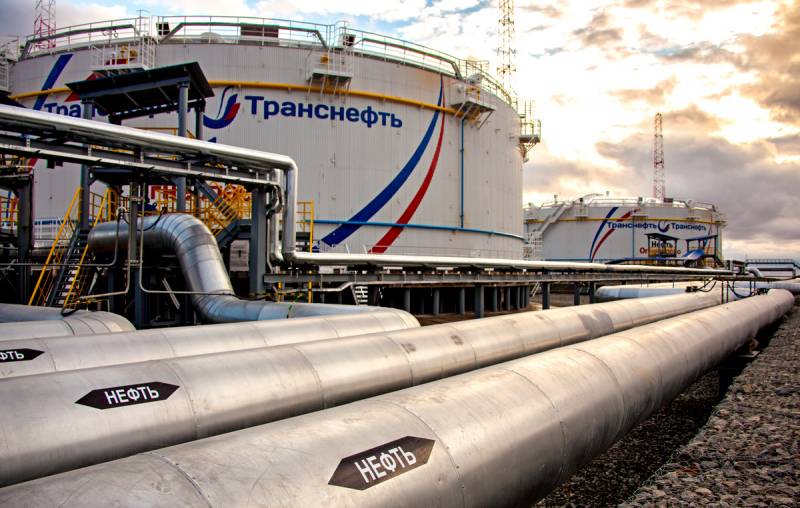 A few days ago, President Putin, addressing the Federation Council, delighted the general public with the fact that, it turns out, Russia got off the oil and gas needle. Is this really so, and is there a catch in one "needle"?

Our economics, the budget is no longer critically dependent on fluctuations in oil prices. The share of oil and gas budget revenues will increase (in 2021) to almost 70%.
It sounds, of course, great, but I would like to understand the reasons for this "economic miracle". We have been constantly talking about "getting off the oil and gas needle" for the last twenty years, and every time, like for the first time. The share of income from hydrocarbon exports is about two-thirds of the federal budget, that is, this dependence can be objectively called critical. And then suddenly, after a six-week "oil war" with Saudi Arabia and the problems arranged for Gazprom by American competitors in the European gas market, we suddenly jumped off the "needle".

One gets the impression that this is a rather clumsy attempt to pass off "zrada" as "overmigration." Due to the fact that the country began to receive less income from the export of hydrocarbons, we did not begin to produce any more high-tech and other products that are in demand on the world market, right? Of course, Russia is rich not only in oil, gas or metals. Some experts cite food, fresh water and weapons as alternatives to raw materials. But can they, by themselves, replace the export of hydrocarbons?

For food, indeed, we have good Prospects: the volume of arable land is increasing, harvests are growing. True, the quality of domestic wheat is somewhat inferior, for example, to European wheat, so you have to compensate for it with its quantity. In terms of grain exports, Russia has been in the first place in the past few years, which already causes concern among competitors from the United States and the European Union. Fears are expressed abroad that in the future the Kremlin will be able to use the "valve on the grain pipeline" for political pressure on Western countries. Therefore, there is already talk that it would be nice to create a kind of "grain OPEC", within which quotas will be imposed on Russia.

Not everything is clear about the export of fresh water either. So, China with a population of 99 billion has long licked its lips on our Baikal. On the great lake, they began to build a plant in which water was to be bottled and shipped for use by the inhabitants of the Celestial Empire. But in practice, it turned out that this plant belongs to 1% of the citizen of the PRC Sun Zhenjun and only 2% of his wife Olesya Mulchak, who have already been held in a criminal case on the theft of Russian forest in the amount of XNUMX billion rubles. More about this case we told earlier. It is hardly worth expecting a respectful attitude towards our natural resources from such “effective owners”.

Arms exports are also an important area of ​​the Russian economy. However, domestic defense enterprises are constantly subject to US sanctions. In addition, Washington directly targets the end buyers of Russian weapons. And do not forget that we have another formidable competitor. Traditionally, Russia has been the world's second largest weapons producer, but this year, according to the Stockholm Peace Research Institute (SIPRI), it yielded that position to China.

It turns out that in each direction there are a lot of problems, and none of them can be considered a panacea for “getting off the oil and gas needle”. Strictly speaking, the question is not at all about replacing one export product with another. All "plots" have long been divided, everywhere there are serious players who have various levers of pressure on competitors that can cut off the air for them. It is necessary to change the very model of the Russian economy. An active economic and political the integration process in the post-Soviet space, aimed at creating its own capacious market, as well as the reindustrialization of our country, which should dominate it.
Reporterin Yandex News
Reporterin Yandex Zen
10 comments
Information
Dear reader, to leave comments on the publication, you must sign in.