The last plant was closed: how Russian sprats crowded out the pride of Latvia 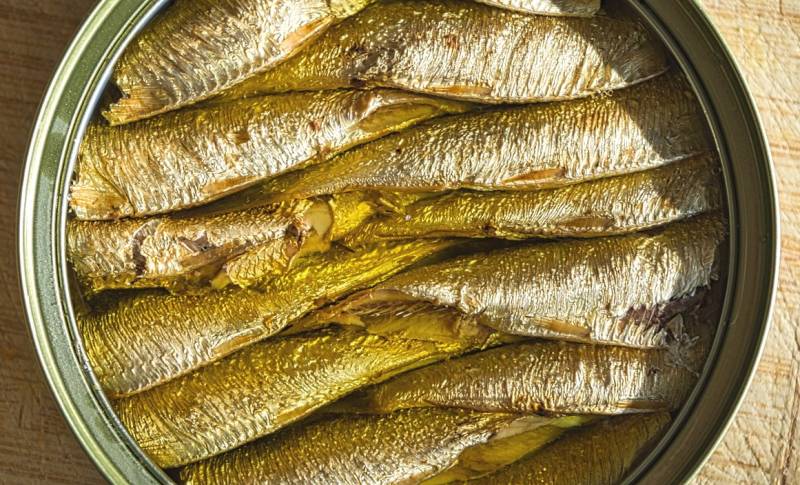 Panic in Latvia. The last fish processing plant in the country, which produced sprats famous throughout the USSR, was closed. Instead, Russian sprats from the Bars company from Kaliningrad appeared on the shelves of the Latvian republic. How did this become possible?


After the liquidation of "RAF", "Radiotekhnika", the Riga Carriage Works, the Dairy Cannery and the famous in the Soviet period "Dzintars" sprats remained, probably, the only sensible and popular brand of "independent" Latvia. But official Riga, with its ill-conceived policies managed to finish him off too. In this case, several factors developed at once.

At firstLatvia has responded for its consistent Russophobic policy. As the owner of Kolumbija Ltd, which produced Riga Sprats, explained, Russian counter-sanctions have taken 80% of the traditional sales market from the last fish processing plant in Liepaja. In recent years, the company has tried to survive with the remaining 20%.

Secondly, the revival of production was prevented by the European rules for the formation of prices for electricity. Renewable “green” energy (biogas, small hydroelectric power plants, wind farms, etc.) is extremely popular in the EU today. Unfortunately, the cost per kilowatt is significantly more expensive than more traditional generation. Therefore, under pressure from Brussels, since 2008, consumers have to pay the Compulsory Purchase of Electricity Component (KOZ), which is included in the tariff and is directed to subsidize VOI. Because of this, the price of electricity for industrial production has become high, making it unprofitable. The Liepaja Metallurg plant has already become one of the victims of the “green”. The representative of the enterprise stated directly:

The losses are created by the high electricity price - € 90 per megawatt hour (MWh). With such a price, production is not very profitable, so you need to think about reducing it.
But he was not heard, and the plant was closed, and its equipment was sold out. The owner of the fish processing enterprise, Igor Krupnik, stated similar difficulties. In addition to expensive electricity, the high cost of gas hinders the development of industry. There is an opinion that it is the Latvian authorities themselves, closely connected with the owners of fashionable "green" power plants, are lobbying KOZ to the detriment of their own producers. A year ago, with a scandal, the minister was removed economics Ralph Nemiro, who was planning to abandon the invoice tariff, and his adviser and lawyer Pavel Rebny was brutally killed.

Thirdly, the coronavirus pandemic has done its dirty work, which further reduced the profitability of the business. The country's authorities demonstratively tried to "help" Kolumbija Ltd by providing compensation to the company for three spring months in the amount of 20%, but they did it in a very peculiar way. It turns out that only two days were mockingly allotted to all organizational and legal issues, because the management simply did not physically have time to use such "help".

At last, the history of the famous enterprise naturally ended with the fact that professional liquidators came to it. Initially, the plant was serviced by SEB bank, but they did not show understanding for its financial difficulties, offering to close the loans ahead of schedule. The new bank Trasta komercbanka, which began to go bankrupt in 2017, was not lucky either. It should be noted that the former mayor of Liepae Uldis Sesks tried to defend the company against creditors, but the new owner, represented by Citadele Bank, decided to sell the plant.

As Igor Krupnik himself explains, “business” in the field of insolvency administration is very popular in Latvia. This is done by professional lawyers, usually closely associated with the authorities. They are not interested in any production, it is profitable for them to sell the troubled enterprise as soon as possible in order to receive their interest from the transaction. The result is natural: the last producer of "Riga Sprats" is closed, people were left without work. The entrepreneur himself now intends to move to Israel. According to him, in Latvia no one needs any business today, here everyone is run by insolvency administrators.
Reporterin Yandex News
Reporterin Yandex Zen
16 comments
Information
Dear reader, to leave comments on the publication, you must sign in.