The largest NATO air group gathered over the Black Sea 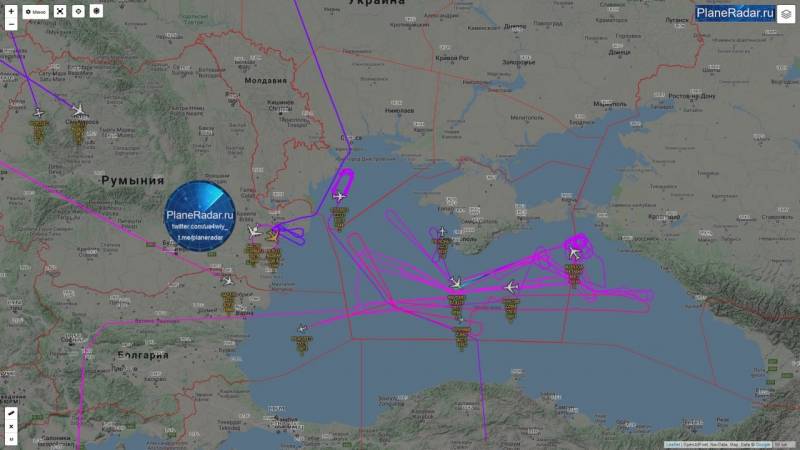 While pre-election passions are raging in the US, Washington does not forget to demonstrate its "peacefulness" to "aggressive" Moscow. According to the monitoring resource Planeradar, the largest air grouping of the NATO bloc has gathered over the Black Sea, and the planes continue to pull up, replacing each other.


On September 23, 2020, reconnaissance aircraft and air tankers were the first to appear over the Black Sea. At 08:10 Moscow time, a Sentinel R.1 radar reconnaissance aircraft of the British Air Force (number ZJ692, call sign RRR9986) arrived from the Akrotiri airbase in Cyprus. At 08:45, it was refueled in the air by a Boeing KC-135R Stratotanker (number 58-0113, callsign QID538). At 09:30 Moscow time, an experimental electronic reconnaissance aircraft Bombardier Challenger 650 of the US Air Force (number 488CR, callsign DAGGER1) pulled up. Taking off from the airport. Mikhail Kogalnichanu in Romania, he, having flown over the Black Sea, flew over Georgia and in a fit of "exclusivity" flew even into the territory of Abkhazia. 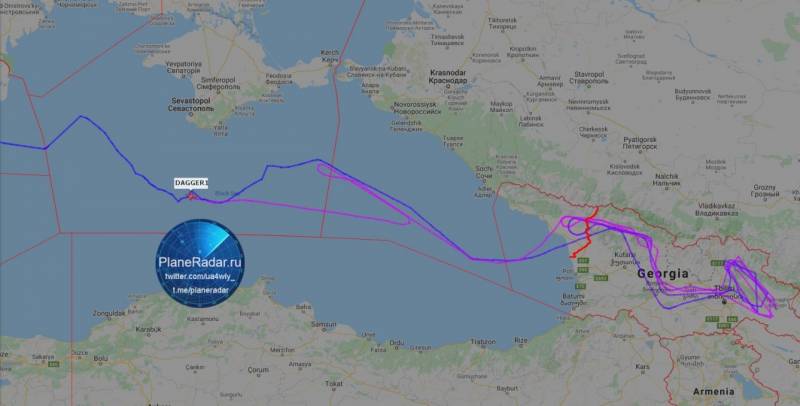 At 10:00 Moscow time, a US Air Force Boeing RC-135W radar reconnaissance aircraft (number 62-4125, call sign R9VDE6X) appeared over the Black Sea. He flew from the Souda Bay airbase in Crete (Greece). At the same time, a US Navy Boeing P-8A Poseidon anti-submarine patrol aircraft appeared over the Black Sea. He flew in from Sigonella airbase in Italy, replaced his colleague, who was on duty before, and began patrolling along the Russian Black Sea coast. At 10:35 Moscow time, a Boeing RC-135W Rivet Joint electronic reconnaissance aircraft of the British Air Force (number ZZ664, callsign RRR7266) arrived from the Akrotiri airbase in Cyprus. 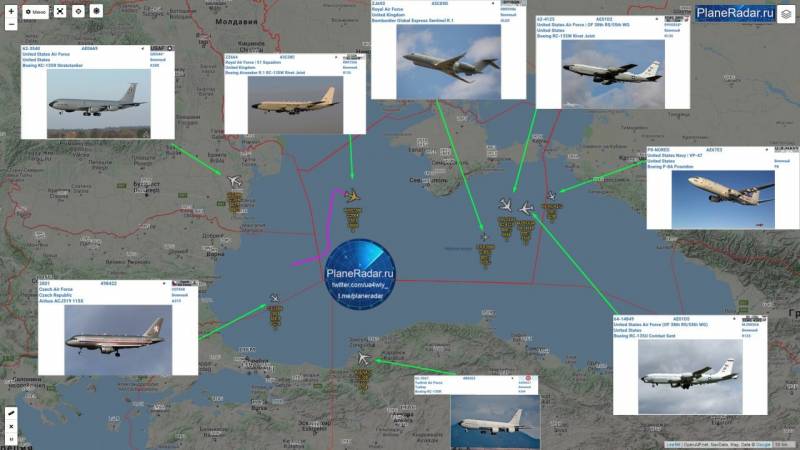 At 11:10 Moscow time, four Boeing B-52H Stratofortress strategic bombers of the US Air Force appeared in the skies over Europe, taking off from Fairford airbase in the UK. The group of "strategists" included aircraft with the names: BLACK WIDOW (number 60-0056, callsign HERO31), Checkmate (number 61-0034), Warriors beyond the horizon (number 60-0029, callsign HERO33) and Excalibur (number 60- 0044, callsign LEMAY35). They practiced various tasks with NATO countries and allies. 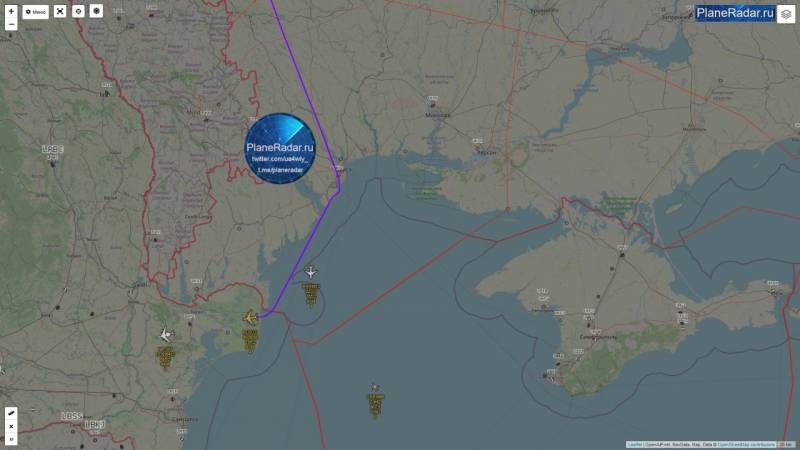 For example, at 12:00 Moscow time, according to the plan of joint exercises with Kiev "United Efforts 2020", the mentioned B-52H named BLACK WIDOW, being over Odessa (Ukraine), simulated a missile and bomb attack. Then he left for Romanian airspace, without entering the international airspace.
Reporterin Yandex News
Reporterin Yandex Zen
7 comments
Information
Dear reader, to leave comments on the publication, you must sign in.