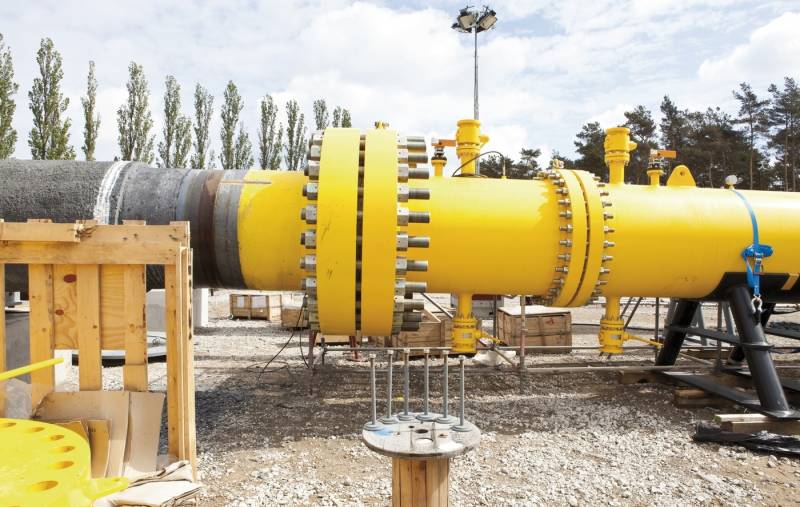 In addition to gas fuel from the Russian Federation, it is planned to transport American LNG and gas from Azerbaijan to continue the Turkish Stream through the Serbian and Bulgarian territories. This was announced by the Prime Minister of Bulgaria Boyko Borisov during a flight over the gas pipeline with the Deputy Minister of Oil of Saudi Arabia for Corporate Governance Aabed Abdullah Alsaadun.

You can see how huge this is, which will allow us to transport Azerbaijani, liquefied, Russian and other types of gas.
- said Boyko Borisov.

The Bulgarian Prime Minister believes that after the launch of the Balkan Stream (continuation of the Turkish Stream in Bulgaria) Sofia will become a guarantor of diversification of fuel supplies in the region. According to him, a significant part of the pipeline is already in the trenches. At the end of last month Boyko Borisov announced that all work on the gas pipeline would be completed by November of this year. The total length of the gas route is 474 km.

Bulgartransgaz became the owner and customer of the continuation of the Turkish Stream to the Bulgarian territory, but the construction of the gas pipeline is proceeding, among other things, at the expense of a Russian loan. The peculiarity of the project is that the gas pipeline can function both for fuel from the Turkish Stream, and for any other that enters the pipeline. Balkan Stream will connect the gas transmission systems of Bulgaria and Serbia.
Reporterin Yandex News
Reporterin Yandex Zen
14 comments
Information
Dear reader, to leave comments on the publication, you must sign in.