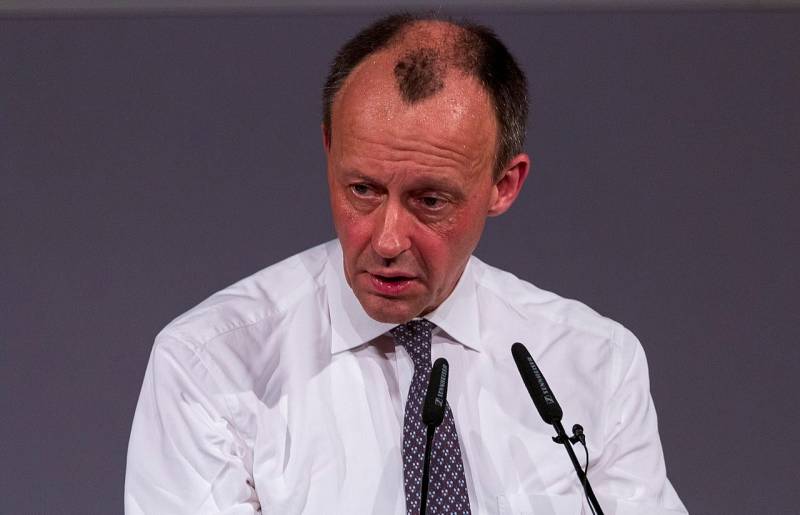 "Cold War II" in relations between Russia and a united Europe is becoming more and more realistic. It is quite symbolic that everything will again be decided in Berlin, depending on who exactly will lead Germany in 2. Let us remind you that this will be the first elections to the Bundestag since 2021, in which Chancellor Angela Merkel will not participate.


It is hard not to notice how the United States has consistently driven a wedge between Russia and the European Union. Just a few days ago, we detailed toldas in the European Parliament was almost unanimously adopted outrageous in content политическая resolution. In addition to calls to stop the construction of the Nord Stream-2 gas pipeline and to impose new sanctions against Russia “for Navalny,” it contained a demand to cancel the results of recent amendments to the Russian Constitution. That is, the European deputies dared to directly intervene in the internal political life of a sovereign state.

But in the end everything will be decided by the European Commission, the supranational government of the united Europe. It is quite obvious that Germany has the greatest influence in it, one of the two pillars of the EU on a par with France. If under Chancellor Merkel the Federal Republic of Germany adhered to a pragmatic course, then with her departure, a lot can change for the worse.

Frau Merkel may be replaced by three candidates. If it is Armin Laschet (Prime Minister of North Rhine-Westphalia) or Markus Söder (Prime Minister of Bavaria), then Berlin's relations with Moscow are likely to remain constructive. If Germany is headed by Friedrich Merz, a candidate from the Christian Democratic Union (CDU) party, the FRG's policy will acquire a pronounced anti-Russian coloration.

Gerra Merz can rightfully be called a pro-American politician. After yielding the power struggle in 2004 to Angela Merkel, he became the head of the Atlantic Bridge, a structure that promotes US interests in Germany. In addition, he was one of the executives at BlackRock-Deutschland, a representative office of a large US investment company. So that there is not the slightest doubt about his worldview, Herr Merz gave an interview to the German edition of Bild. In it, he directly called for a moratorium on the construction of Nord Stream 2 and toughening sanctions against Russia because of the Navalny case. He called the actions of the Russian military in Syria "barbaric." Naturally, he blamed the escalation of tensions between Moscow and Europe exclusively on the Kremlin.

Elections to the Bundestag will be held next fall, and Friedrich Merz has a good chance of winning them. If this happens, relations between Russia and Germany will immediately cool down, and then with all of Europe. It will be possible to completely forget about the completion and normal operation of Nord Stream 2. Germany is apparently stepping up its activities within the NATO military bloc, increasing spending on defense and rearmament. In addition, Berlin will clearly begin to impose sanctions not only against Russia, but will also begin to put obstacles in the way of Chinese projects in Europe.
Ctrl Enter
Noticed oshЫbku Highlight text and press. Ctrl + Enter
We are
Ukraine from the inside: traitors, curators and those who watch from the Kremlin
Ten "defeats" of Putin
Reporterin Yandex News
Read Reporterin Google News
9 comments
Information
Dear reader, to leave comments on the publication, you must sign in.