"Gold" of Russian fields: what are the chances of Russia to become a great agrarian power 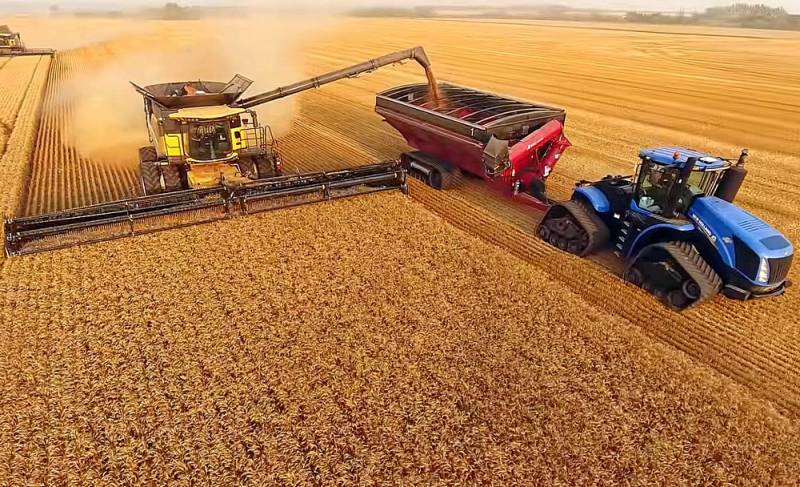 While the situation in the oil and gas market is not very encouraging, good news come from the agrarian sector of Russia. Prices for domestic grain continue to grow, already amounting to $ 220 per ton of wheat. Since the beginning of the season, growth has shown an impressive 8%. At the same time, Russian agrarians are beginning to capture new markets, taking advantage of the poor harvest from competitors.


The main markets for grain from Russian fields are Egypt, Saudi Arabia and Turkey. They are followed by Azerbaijan, Lebanon, Iran, Nigeria, Indonesia, Jordan, Bangladesh and Sudan. But now such new countries for domestic agrarians as Iraq and Algeria may be added to them. The latter is very significant, because France traditionally dominates the Algerian market. There is an explanation for such an offensive of Russian grain on a wide front.

At first, the summer drought has done its dirty work, which painfully hit our main competitors. The harvest, for example, in France was 26% lower than last year, and the lowest in the last quarter of a century. At the same time, the sown area decreased by almost 15%. It is not surprising that Algeria has reduced its requirements for grain quality and was forced to look for alternative suppliers, among which Russia was. Decreased productivity of corn and soybeans in the United States, as well as in Ukraine.

The abnormally hot summer with a snowless winter also negatively affected Russia, especially in the south. The biggest losses are expected for corn and sunflower. However, the real salvation was the large size of our country, located simultaneously in several climatic zones. The poor harvest in the southern regions was compensated by record harvests in the Volga and Central districts, as well as in Western Siberia.

Secondly, the high global cereal price was positively impacted by the coronavirus pandemic. Frightened by COVID-19, many manufacturers chose to keep their farmers' products in reserve, while consumers sought to increase purchases. As a result, the cost of wheat, corn and meslin rushed up, which cannot but please the Russians. Despite the negative forecasts, the total gross grain harvest in the country increased to 129,4 million tons. For wheat, the forecast is 82,5-82,6 million tons, for corn - 14 million tons, for barley - 20,7 million tons. Other grain crops will account for 12,2 million tons. At the same time, for the fourth year, domestic farmers have been holding the positions of the largest exporters, pressing down competitors from the European Union and the United States.

Taken together, this suggests that Russia has a very real chance to become a truly great agrarian power. Yes, domestic grain is slightly inferior in quality to the same French, but we can take our quantity. Further expansion of cultivated areas, investments in the construction of grain storage facilities and export infrastructure, as well as flexible policy in relation to quotas for the export of agricultural products. Decrease in revenues from the proceeds of "blue fuel" and "black gold" in the future may compensate for the "gold" of Russian fields.
Reporterin Yandex News
Reporterin Yandex Zen
23 comments
Information
Dear reader, to leave comments on the publication, you must sign in.