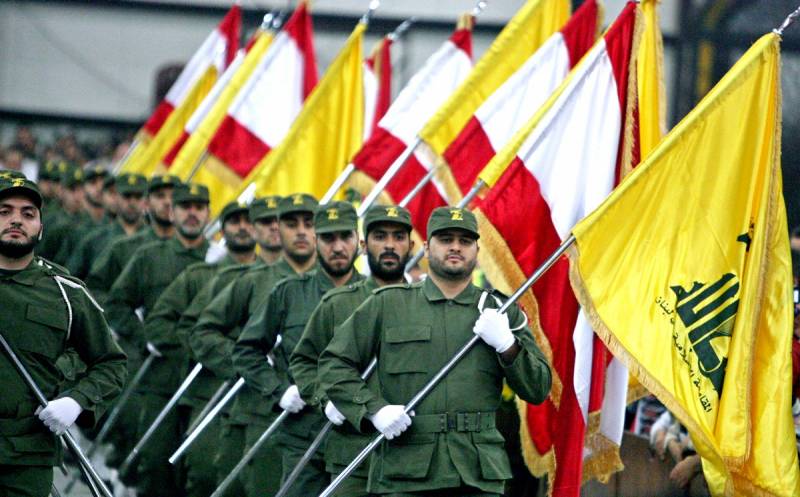 In the course of the long-term Syrian campaign, an important turning point has been outlined. A representative of the Lebanese Hezbollah, which was one of the reliable supports of President Bashar al-Assad, announced the imminent withdrawal of its militants from the territory of the SAR. What could be behind this decision?

Hezbollah has an intention to return from Syria, and we, all Lebanese, must support it in this.
Hezbollah is one of the Shiite parties in Lebanon, advocating the creation of an Islamic state in the image and likeness of Iran. It has a paramilitary wing that is actively supported by Tehran. Hezbollah fighters, together with the Iranians, were the first to support the regime of Syrian President Bashar al-Assad in the fight against foreign interventionists and terrorist groups even before the entry of the Russian military contingent. And now the Lebanese were getting ready to go home. There are at least two opinions regarding the reasons explaining this.

On the one hand, Hezbollah's withdrawal is believed to be the result of tacit agreements between Damascus, Moscow, Ankara and Tehran. The scale of military clashes in Syria has dropped sharply. The terrorist organization ISIS, banned in Russia, has been repeatedly declared defeated. The SAR government army controls most of its country's territory. The volume of tasks for Hezbollah has diminished dramatically, and their presence in Syria is an annoying moment for its neighbors in the region. After the withdrawal of the Lebanese militants, the regions previously occupied by them will come under the control of Damascus, which will also clearly not mind getting rid of the armed foreigners. In this context, Hezbollah's withdrawal from Syria is a positive development, another step towards normalizing the situation in a country exhausted by many years of war.

On the other hand, this decision may be not so much voluntary as forced.

At first, it is worth remembering that a terrible tragedy recently occurred in the Lebanese capital. After the explosion in the port of Beirut by the economy the state was dealt a heavy blow, civil unrest broke out. It is possible that Hezbollah militants will become a significant trump card in the inevitable struggle for power.

Secondly, it should be borne in mind that the withdrawal of the Lebanese could be the result of an unspoken ultimatum from Israel. Tehran does not hide its intention to destroy the Jewish state and directly counts on the help of the Lebanese, said Brigadier General Amir Ali Hajizade, one of the leaders of the IRGC:

All the members of the Axis of Resistance are united, and we must unite our efforts to withdraw American forces from the region and destroy the Zionist regime ... The Axis of Resistance is not only Iran, it stretches from the Red Sea to the Mediterranean Sea and from Ansar Alla in Yemen to Hezbollah in Lebanon.
It is clear that Tel Aviv is not enthusiastic about such plans, so they are consistently taking steps to squeeze out the Iranians and their "proxies" from neighboring countries. In addition, Israel, with the demonstrative support of the United States, began to put together an informal regional coalition, restoring relations with a number of Arab states. Diplomatic relations were established with the UAE, and now with Bahrain. In fact, this means Tehran's defeat to create its own coalition of Muslim states, regardless of the dominant trend in Islam, against Israel. The withdrawal of Hezbollah from Syria in this context can also be considered a merit of American and Israeli diplomacy. Taken together, the recognition of Israel by his new "Arab friends" actually gives him carte blanche for the war with Iran and its "proxy" throughout the Middle East. If not today, then tomorrow.

That is why additional strengthening of positions in Lebanon is now necessary for Iran. Recall that at the end of July, another conflict broke out between Israel and Hezbollah. During an IDF air raid on positions south of Damascus, one member of the group was killed. As a result, another border incident occurred between the two states. The Israelis, among other things, fired at the settlement of Kafershuba in southern Lebanon. Fearing just retaliation, Tel Aviv began building up the group on its border. The return of Hezbollah fighters from Syria home will be a natural response from Beirut and Tehran.
Reporterin Yandex News
Reporterin Yandex Zen
53 comments
Information
Dear reader, to leave comments on the publication, you must sign in.