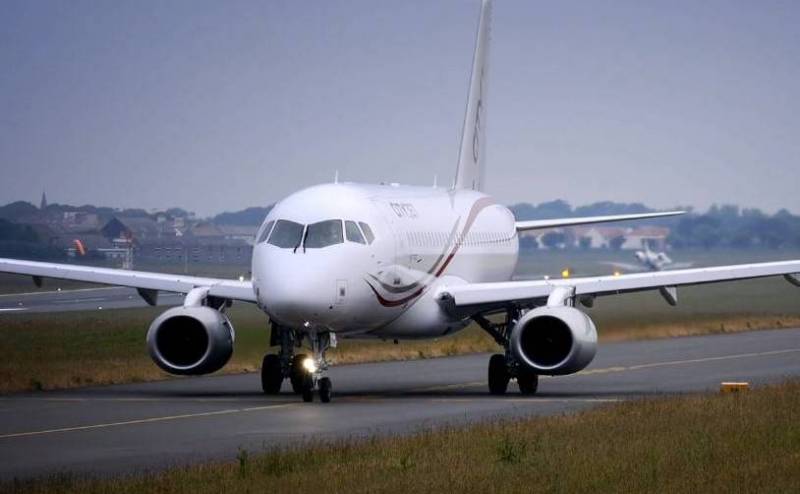 And again about long-suffering Superjet. It is reported that within three years its "import-substituted" version will be created under the name Sukhoi Superjet 100 New. The cost of such a "renovation" is estimated at 120 to 130 billion rubles. This information provoked polar assessments in relation to itself.


The original version of the Superjet is now considered an extremely bad project. Mikhail Pogosyan, general designer of Sukhoi Civil Aircraft, once "sang" to President Putin that his company would be able to produce up to 1300 short-haul airliners, and thanks to "deep cooperation with foreign suppliers of components", 85% of the aircraft will be sold abroad, and the remaining 15% will cover the domestic needs of Russia. The reality turned out to be somewhat different.

At first, the liner turned out to be in fact a banal "constructor" of imported components. This immediately made itself felt at the first cooling of relations with the West: it suddenly turned out that one fifth of the Superjet was American, which is why the US Treasury banned their sale to Iran. As a result, 99% of the aircraft produced are operated in our country, and foreign companies refuse them due to their inability to establish normal after-sales service.

Secondly, it turned out that the vaunted engines of the French development SaM146 are rare rubbish. They have significant design flaws, which is why they quickly fail and require serious and expensive repairs. Mainly because of the French part of the joint development of the power plant "Superjets" stand more on the ground than fly.

Thirdly, other design flaws were also found that were critical for Russian conditions. For example, the clearance between the engine and the runway is only 40 centimeters, which is a potential hazard when operating at domestic regional airfields. Plus, the landing gear of the aircraft was unsuccessfully assembled, which was one of the reasons for the tragedy at Sheremetyevo with numerous casualties.

At last, quite rightly indicate that for the sake of the "Superjet" was killed promising for its time project Tu-334, which is much more adapted to our conditions. Yes, all this is true, but for the sake of fairness it is worth expressing a number of counterarguments.

If we close the Superjet now, as its critics suggest, then the budget billions spent on it will simply be wasted. And what is the alternative? Yes, the Tu-334 was good enough, but because of the "intrigues" of Poghosyan, who lobbied for his project, his time has passed, many factories where components were produced for it simply ceased to exist. How much will the revival of the Tu-334 cost the country? Will our budget, which is already bursting with falling oil and gas revenues, pull the second short-haul liner?

Yes, it is bad that the engines on the Superjet are located low, as is customary in more developed countries. But, perhaps, instead of designing an "unkillable" aircraft, simply build normal modern airfields throughout Russia? You see, the transport connectivity, conditions for doing business and the general attractiveness of the state for investment and life will improve?

120-130 billion rubles is a very large amount, it is likely that it will grow in the end, and some people can warm their hands quite well on this. But in the end, in addition to the updated liner, the country will receive new production of modern components that can be used in subsequent projects. And most importantly, a new civilian engine PD-8 will be developed. Power plants are our weak point, so the appearance of our own is only worth greeting. As a reminder, in addition to the Superjet, PD-8 will be installed on the Be-200 amphibious aircraft that has no analogues in the world. This "flying boat" can be used in civil and cargo transportation, firefighting, rescue operations, and the Russian Ministry of Defense plans to create anti-submarine aircraft on its basis.

It remains to be hoped that the developers will take into account the wishes of real participants in the air transportation market and create not only a version for 100, but also for 75 seats.
Ctrl Enter
Noticed oshЫbku Highlight text and press. Ctrl + Enter
We are
Know your place: how the Superjet can cross the MS-21 road
Peace enforcement operation. Russia inflicts a preemptive strike on Kiev
Reporterin Yandex News
Read Reporterin Google News
14 comments
Information
Dear reader, to leave comments on the publication, you must sign in.