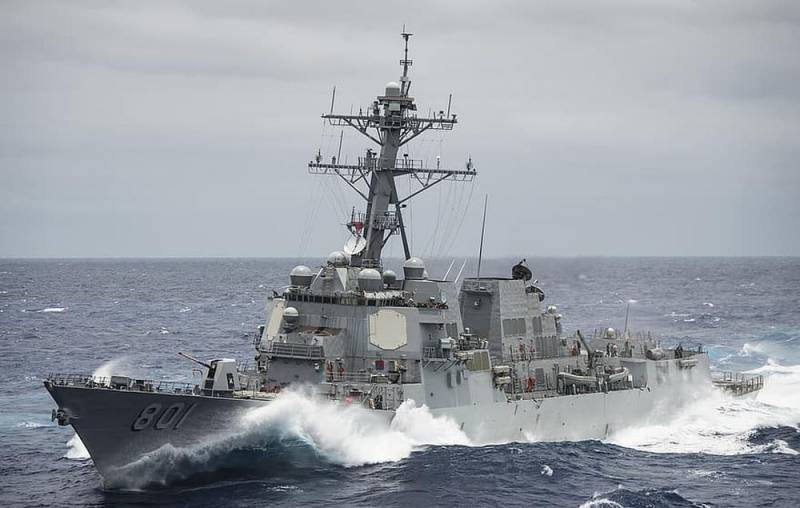 Recently from London with сообщилиthat for the first time in many years the British led a military grouping in the Arctic, consisting of ships and aircraft from Great Britain, the United States, Denmark and Norway. It was announced that the purpose of the operation is "to demonstrate freedom of navigation." But in reality, the region is being turned into a zone of dangerous games between NATO and Russia, writes the Norwegian edition of The Barents Observer.


The said Alliance exercise took place in an exclusive economic zone (EEZ) of Russia, less than 100 nautical miles from the coast of the strategically important for Moscow Kola Peninsula, where the Northern Fleet is based and part of the nuclear potential is located. They took place shortly after major maneuvers of Russian ships and aircraft at the opposite end of the planet - in the Bering Sea off the coast of Alaska.

According to Canadian military expert Rob Hubert, NATO sent Moscow political signal, because since the end of the Cold War, Alliance surface ships have never gone so deep into the Russian EEZ and have not operated in these waters. NATO's activity is explained by concern about the significantly increased military presence of Russia in the waters of the North Atlantic, they say, "the Russians are moving west."

It can be argued that we are witnessing a new level of militarization in the Arctic
- he is sure.

At the same time, Rebecca Pincus, an associate professor at the US Naval War College, believes that NATO exercises are a classic maritime security operation and have nothing to do with unhindered navigation. She explained that no country officially disputes the waters of the Russian EEZ in the Barents Sea, and the exercises are only "a demonstration of the level of coordination between the allies in a difficult situation at sea."

Pincus stressed that an operation to "ensure freedom of navigation" against Russia's claims to the entire Northern Sea Route would be a very powerful signal that would sharply increase the level of tension in the region. As an example of a dispute between countries, she cited the situation in the South China Sea. She summed up that military games in the High North carry great risks due to possible unintended incidents. Such exercises create a situation of "classic escalation in the security sphere", where each side thinks that "we are surrounded" and considers it their duty to respond to the challenge.
Reporterin Yandex News
Reporterin Yandex Zen
Information
Dear reader, to leave comments on the publication, you must sign in.