Expert: Lukashenko scares the Kremlin with a revolution in Russia 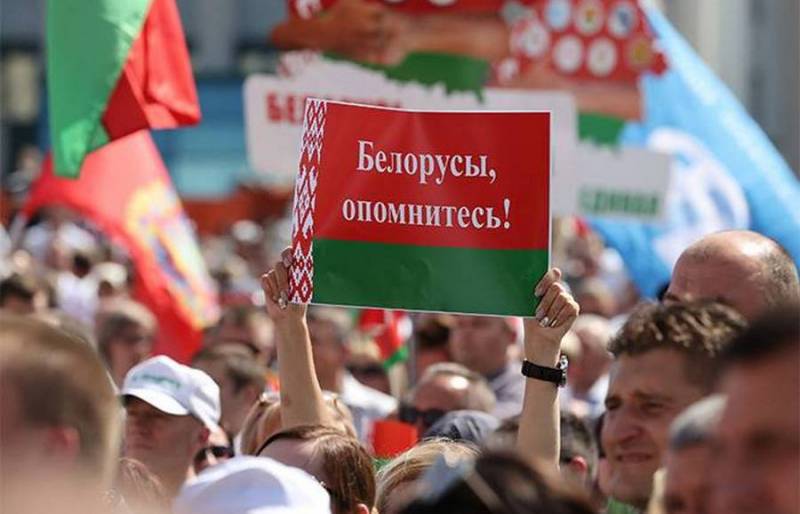 The protests unfolding in Belarus remind official Moscow of the revolutions in Georgia, Kyrgyzstan and Ukraine. That is, about major geopolitical events that have changed the strategic landscape around Russia itself. In addition, these shocks are seen as a threat to the Kremlin itself, since one day Russians may take to the streets. This opinion is shared by the Georgian political scientist and expert on Eurasian problems Emil Avdaliani, whose new article was published by the portal Modern Diplomacy.

Russians understand that a revolution in the "Armenian style" in Belarus is theoretically possible, and it will open this country to Europe, thereby creating geopolitical forks similar to those that were established in Ukraine before 2014. The Russians also realized that the situation in Ukraine had spiraled out of control even before the revolution on the Maidan. Moscow's influence was clearly insufficient to stem Ukraine's gradual shift towards closer ties with the collective West.
- notes the author.

For the Russian leadership, the events in Belarus are a continuation of the “revolutionary” intensity that has been spreading in the post-Soviet space since the early 2000s. And it is not known what the Kremlin sees in such events more - the will of the peoples themselves or the intrigues of the West.

Several factors, the article says, point to the faith of the Russian political elite in the fact that in fact it was the West who organized the riots in Belarus. This is also evidenced by the history of the Russian Empire, as well as the late USSR, where all forces suppressed "European" dissent, which ultimately led only to the opposite result.

The Russian leadership must see that it is practically impossible to find a panacea against popular discontent and mass protests. Russian history knows many examples of how military intervention against a revolutionary movement can bring quick results, but leaves not very bright prospects. Victory over revolutionary aspirations can only be achieved by eliminating those economic, social problems of the state, which usually cause popular unrest. This is the dilemma that Russia faces. The revolutions that have occurred over the past 20 years, and the current situation in Belarus - they all fit into this scheme
- the political scientist states.

In his opinion, the Kremlin fears that, in the end, the revolutionary wave will cover Russian society as well. President of Belarus Alexander Lukashenko has focused on this idea, having declared the day before that riots will one day reach Moscow.

Although many saw in these words a ploy to intimidate partners, nevertheless, the political scientist reflects, Lukashenko was right, since he pointed out the long-term problems that Russia may face as it approaches 2036.
Reporterin Yandex News
Reporterin Yandex Zen
4 comments
Information
Dear reader, to leave comments on the publication, you must sign in.