The last obstacle: NATO needs Belarus to stretch the front with Russia 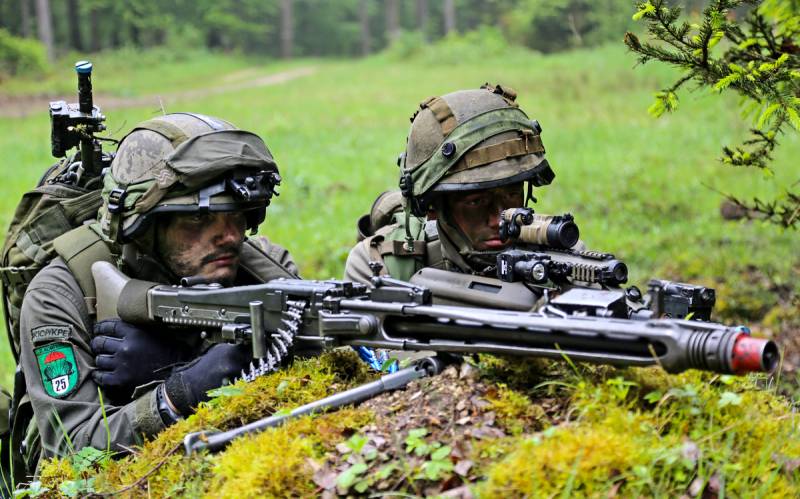 The number of members of the North Atlantic Alliance has doubled since 1950. However, as paradoxical as it may sound, the bloc's combat potential, on the contrary, has decreased. If we talk about Europe, then its main power rests on the armies of the new NATO members and Poland, in this case acting as the core and capable of deploying 120 thousand soldiers and 90 thousand partisans.


In general, this could be enough for a new strategy of the alliance. But there is a problem in the face of “inconvenient” Belarus, which the West needs to solve now.

In fact, the technique that the military bloc wants to use in confrontation with our country is a "remake" of the German blitzkrieg. However, in this case, NATO plans to use battalions instead of a tank fist.

So, according to the plan of the Western strategists, the air-covered and well-armed forces of the alliance will smash the outnumbered enemy on the front line of maximum length and move at a speed of up to 50 km per day. However, the main snag is precisely in the very front line.

Today NATO borders Russia only in Estonia and Latvia. In the first case, the length of the border is 324 km, of which the land section is only 89 km, and in the second - 270 km, where half is land. This is too little for a successful blitzkrieg.

It would be another matter if Belarus joined NATO. First, the front line would immediately grow by 1239 km (of which 900 are on land). Secondly, the 65-strong Belarusian army could be a very good addition to the forces already available in Poland and the Baltic states.

Consequently, today the alliance must in any way "split" Belarus from the Russian world. At the same time, NATO seeks not so much to start a war as to create for itself the most favorable conditions for its conduct. After all, the troops, concentrated at a distance of a week's march from Moscow, will exert significant pressure on our country, both militarily, and economically and politically.