"There will be nobody and nothing to fly": the situation in the aviation industry is getting worse 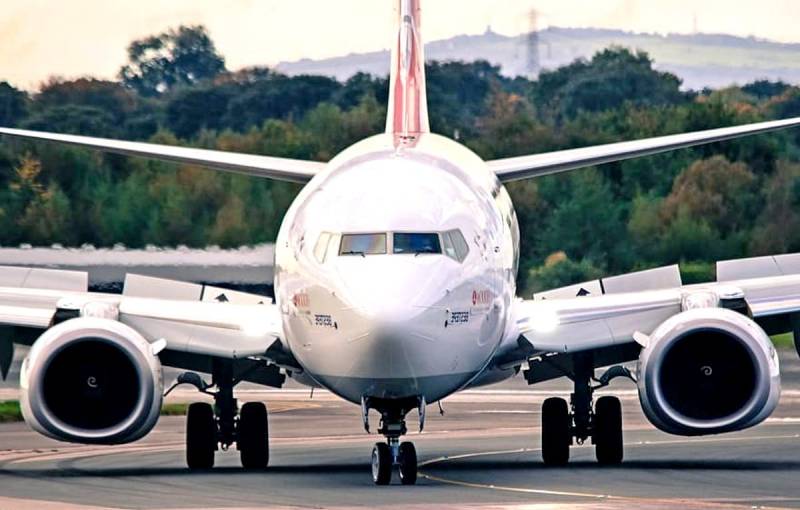 Humanity “pinned to the ground” by the coronavirus pandemic is desperately, like a bird with a broken wing, trying to “take off” again - to regain the sky, the ability to easily and comfortably travel great distances in a matter of hours. Alas, it turns out badly so far ...


Moreover, many signs indicate that in this situation, time is working against the seemingly one of the unshakable foundations of the modern civilization of the aviation industry, threatening to bring it down completely. The flight is postponed and the sky is getting farther from us ...

The International Air Transport Association (IATA) has issued an appeal to the governments of all countries of the world, in which it calls on them to help restore international aviation services as soon as possible. This is, first of all, about the opening of borders, which in many states still remain "locked" in connection with fears of new outbreaks of infection (which, however, often does not save from such). The association points out that the current practice of unconditional bans on flights is, in fact, a path to nowhere and the way out should be sought not in the creation of modern "iron curtains", but in the search, development and establishment of "safe protocols" that will allow to resume flights. The industry has already suffered a crushing blow - according to IATA, in July of this year (compared to the same month of the year 2019), air traffic fell by almost 80%, and it was international traffic that dropped even more - by all 92%.

In the summer months, which were traditionally the hottest for airlines due to the fact that they were a period of massive vacations and multi-million dollar migration of tourists, four out of five potential passengers never boarded the air liners. The consequences are quite predictable - civil aviation has already been "covered" by a wave of bankruptcies, and they occur, as they say, in all countries and continents. In Europe, the second largest airline in Italy, Air Italy, is ruined and is subject to liquidation. Having failed to receive the requested financial assistance in the amount of 100 million pounds from the British government, the English low-cost airline FlyBe "ordered to live long." The pandemics were not survived by the Swedish Braathens Regional Airlines (BRA), the Austrian Level Europe and the Turkish AtlasGlobal and SunExpress Deutschland (a joint company with Germany that specialized exclusively in the transportation of German tourists).

The situation is not much different for the better overseas - the leading airlines of Ecuador, Colombia, Chile, as well as Avianca Holdings, the largest aviation holding in Latin America, have been officially declared bankrupt. Similar processes are underway in the United States. April became "black" for the local companies - on the 1st of this month, Trans States Airlines, which operated flights under the United Express brand, suspended operations, on April 5, regional carriers Carrier Compass Airlines and RavnAir (the largest in Alaska) stopped flights. Miami Air International from Florida closed in May. In India, the largest low-cost airline Air Deccan was terminated, in Australia, after long attempts to find a buyer, Virgin Australia, the second largest and most important airline on the continent, began filing for bankruptcy. And this is not a complete list of airlines, whose planes will most likely never take to the skies.

However, what to talk about if in the conditions of the fiercest struggle for survival today there are such world-renowned leaders of the industry as, for example, the Franco-Dutch Air France-KLM or the German Lufthansa, for which, most likely, only state aid can become salvation? The most unpleasant thing is that, trying to keep from falling into a financial "tailspin", air carriers sooner or later face the need to cut their own personnel. Office workers, administrative staff and employees of all kinds of support services are the first in the line to "exit". Next comes the turn of the technical personnel. And then - and the "golden fund" of any airline, pilots. Many carriers around the world had to send pilots on unpaid vacations or cut their salaries during the period of forced downtime already in April-May. Will these professionals return to the helm of the liners and when will this happen?

However, with the reduction of ground personnel, everything is also far from simple. A modern plane is not a cart that can be properly oiled with tar and put into a barn "until better times." If the aircraft was not sent for conservation in compliance with all the numerous and ingenious procedures, if it was not provided with proper care during the forced landing - expect trouble. At best, such a board simply won't take off. At worst, it will rise into the air and even, possibly, fall on the course. But in the end, it is very likely, it will turn into a "mass grave" for both the crew and passengers. Already today, many airlines, primarily European ones, are sounding the alarm - when trying to return their own liners to operation, they face quite serious problems. And this is not a panic of reinsurers, but accurate data, summarized, for example, by experts from the European Agency for the Safety of Air Transportation (EASA), confirming that a long stay clearly did not benefit the winged cars.

In this case, we are not talking about peeling paint somewhere or dusty interior decoration. During the very first takeoffs of the liners that were without movement for a long time, the devil is what their onboard equipment began to do. At the same time, failures were given by systems that are uniquely classified as vital - in particular, height and speed sensors. So far, this has not led to a single disaster - the pilots managed to react in a timely manner to the incorrect operation of the instruments and interrupted the take-off procedure, or, if the board was already in the air, they returned it to the starting point. Nevertheless, the trend is quite frightening - sooner or later, such problems may end tragically.

As a result of the checks carried out to clarify all such incidents, it turned out that the point here is not in electronics, but precisely in the consequences of downtime. The "weak link" was not electronics ", but such a familiar detail for every aircraft mechanic as ... tubes. Not smoking, of course, but the so-called Pitot and Prandtl pipes, which are used as receivers for air pressure and serve as just the most important part of instruments for measuring height and speed. There are, in principle, no particularly "delicate" parts that can break there. But there are holes that go beyond the plane's skin. It was these holes that turned out to be thoroughly clogged with insect nests and other debris that got there in some unknown way. Of particular concern to EASA specialists is the fact that the aircraft that prepared the aircraft for departure equipment for some reason did not bother to conduct a thorough check and cleaning of such important systems. And this may already indicate either a serious decrease in the qualifications of the personnel serving the aircraft, or about the completely disregarding attitude towards his own business that has formed in him lately.

In favor of the second option, by the way, is also evidenced by the moment that, according to aviation security experts, nothing like this would have happened if the technicians had not limited themselves to simply covering the airplane assemblies with holes, but at least from time to time examined them as expected. So far, according to EASA, “the situation has not reached a critical point,” however, as everyone knows, big problems always start with small ones. So, the longer the airliners will be “idle”, the more likely it will be that by the time air traffic resumes, they will be unsuitable for safe operation. This, of course, gives certain chances to aircraft building corporations, but ... Firstly, they themselves still need to somehow manage to survive the crisis (with the complete absence of orders for now), and secondly, where will the funds from almost completely ruined carriers come from buying new liners? Vicious circle…

Meanwhile, the full return of air travel is literally necessary for the whole world. According to the estimates of the General Director of the IATA I mentioned earlier, Alexander de Junac, income from tourism and travel in prosperous, "pre-coronavirus" times gave at least 10% of the global economics... And the aviation industry itself is not only airplanes, pilots, and onboard technicians. This, for example, is also the fuel that the entire air fleet of the planet consumes. Experts of the analytical agency IHS Markit, after their research, came to an unequivocal conclusion: the restoration of world demand for oil is impossible without the resumption of air travel on a scale at least comparable to those that existed before the start of the pandemic. According to their calculations, today the consumption of aviation fuel does not reach even half of the volume burned up in the engines of winged aircraft exactly a year ago. In general, the withdrawal of most countries from the strict quarantine regime contributed to a serious increase in demand for "black gold" - IHS Markit believes that already at the end of July it was 89% of last year's level.

Nevertheless, the agency predicts a new recession during at least the first quarter of 2021. Moreover, today in many countries (France, Spain, Italy, Britain, Israel), there is an increase in new cases of COVID-19 infection. The epidemiological situation in the United States continues to be just as dire. Not so long ago, the European Commission made recommendations for national governments, in which the idea of ​​restricting travel between EU countries is approved and supported. Having survived the first shock from a collision with a new deadly disease and fully cognized on itself all the "charms" of total isolation, humanity will certainly not return to those severe quarantine restrictions that were applied at the initial period of the pandemic. However, the sky for him may well be "closed" for a completely indefinite period.
Ctrl Enter
Noticed oshЫbku Highlight text and press. Ctrl + Enter
We are
Non-flying year: everything is bad in Airbus, worse in Boeing
Peace enforcement operation. Russia inflicts a preemptive strike on Kiev
Reporterin Yandex News
Read Reporterin Google News
3 comments
Information
Dear reader, to leave comments on the publication, you must sign in.