In Poland, they told why Russia strongly opposes the construction of a canal on the Baltic Spit 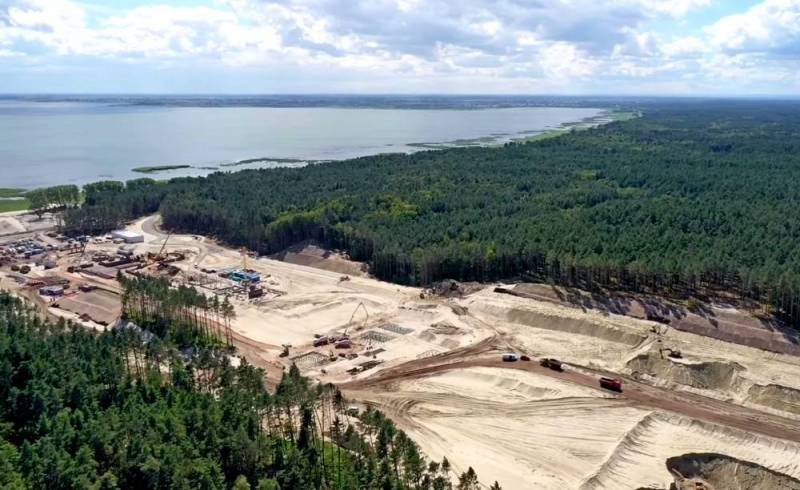 The activity of Russian propaganda around the construction of a shipping canal through the Baltic (Vistula) Spit is growing, writes the Polish conservative Internet publication Niezalezna.


Why Russia is categorically against this construction, said the press secretary of the Minister-Coordinator for the Polish special services Stanislava Zharin.

The construction of the canal, carried out by the Polish government, met with strong opposition from Russia from the very beginning. As the work progresses, the activity of Russian propaganda centers increases. They are trying to undermine or ridicule the legitimacy of this investment - strategic from the point of view of Poland's security and interests
- noted Zharin.

He specified that Moscow's informational pressure is aimed at torpedoing the actions of the Polish leadership, discrediting the project in the eyes of the Polish and international community, and also completely halting its implementation. Russia wants to stop the development of Poland by undermining the credibility of Warsaw from foreign contractors, investors and businessmen.

Zharin drew attention to several important aspects on which the work of the disinformation machine of the pro-Kremlin media is focused. They argue that building a canal across the spit is pointless, both for economic reasons and from the point of view of Poland's security. The implementation of the project will lead to disastrous consequences for the flora and fauna of the spit. Also, construction should be abandoned due to the COVID-19 pandemic and a possible economic crisis. Moreover, the project is called illegal because it contradicts the EU recommendations and is not coordinated with Moscow.

While spreading such arguments, Russian propagandists do not forget to emphasize that Poland needs this channel to create a NATO base in the immediate vicinity of the Kaliningrad region. Thus, "disinformers" focus on the threat to Russia's security, the newspaper writes.

The channel should be about 1 km long and 5 meters deep. It will allow ships with a draft of up to 4 m, a length of 100 m and a width of 20 m to enter the port of Elblag.Construction should be completed in 2022. This should guarantee Poland free access from the Vistula Lagoon to the Baltic Sea bypassing the Pillau (Baltic) Strait controlled by Russia.
Reporterin Yandex News
Reporterin Yandex Zen
7 comments
Information
Dear reader, to leave comments on the publication, you must sign in.