Kuril question: Abe's successor will have to deal with millions of disgruntled Japanese 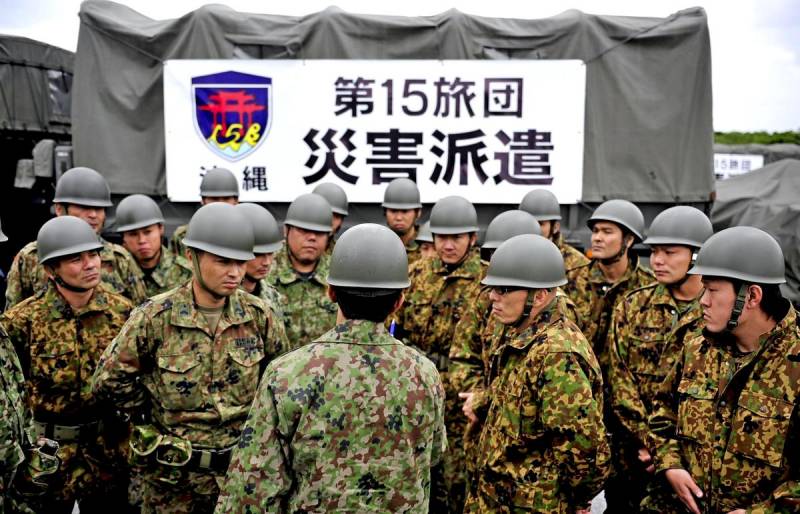 At the end of August, Japanese Prime Minister Shinzo Abe unexpectedly announced his upcoming resignation. Health problems were named as the reason: he was diagnosed with ulcerative colitis. It is possible that before peptic ulcer policy brought up the issue of the "northern territories", which he never managed to solve, despite the solemn oath given at his father's grave.


Recall that in Tokyo our Kuril Islands, inherited by the USSR as a result of the Second World War, are considered "northern territories". Japan's carefully cultivated national dream is to return to their "home harbor". But doing so after the recent changes in the Russian Constitution will be even more problematic. Abe's successor will have to deal with millions of angry Japanese people. You can understand what some of them have on their minds by reading the comments on Yahoo News Japan.

There is nothing but war to return the "northern territories" to us. Russia can be defeated by hitting nuclear missiles, if not at its capital, then at least at military bases
- this is the main message of the published opinions.

Other "couch generals" advise to wait until Russia itself collapses under the yoke of sanctions. Still others propose to unite with the United States even more closely to speed up this process. It is clear that all these comments on the Internet have nothing to do with Tokyo's official position. Not all Japanese society is so radically disposed, there are enough such "scribblers" in any country, including ours. Nevertheless, such reports indicate a certain public demand that affects Japanese politics, foreign and domestic. Therefore, I would like to answer in absentia to some citizens of the Land of the Rising Sun.

At first, Russia does not have any “problem of the northern territories”, only Japan has it. We have a group of islands, a legitimate war prize from the militaristic Japan defeated in the Second World War, an official ally of the Third Reich. The issue of sovereignty over the Kuriles cannot be a subject of discussion.

Secondly, in the event of a "strike by nuclear missiles", at least at Moscow, at least at Russian military bases, the island state itself will become a target for a counter-nuclear strike by the RF Ministry of Defense and, most likely, will cease to exist. Why the dead Kuril Islands?

Thirdlyif Japan begins to participate more actively in the regime of sanctions pressure, it will itself close the last road to the desired islands. Let us recall that the Kremlin expressed its readiness to allow Tokyo to jointly participate in the economic development of the Kuril Islands, which are rich in natural resources. An aggressive foreign policy will hardly make such cooperation with the Japanese possible.

But seriously, the issue of the status of Kaliningrad, the Kuriles or Crimea cannot be positively resolved in favor of Germany, Japan or Ukraine, since this will open a Pandora's box and become a prologue to global geopolitical upheavals. The maximum that Tokyo can really count on is a regime of joint economic use of the islands of the Small Ridge with Russia's unconditional political sovereignty over them. This is the only way Moscow can keep its eastern flank.

It will be good for Japan itself if the new Prime Minister pursues a more moderate foreign policy and does not rewrite the country's current "pacifist" Constitution in favor of further militarization of the country. However, the "Russian threat" and "Russian occupiers" are too convenient a topic for domestic political discourse to seriously expect that someone will voluntarily give it up.
Reporterin Yandex News
Reporterin Yandex Zen
9 comments
Information
Dear reader, to leave comments on the publication, you must sign in.