Be-200 intend to turn into a "hunter for submarines" 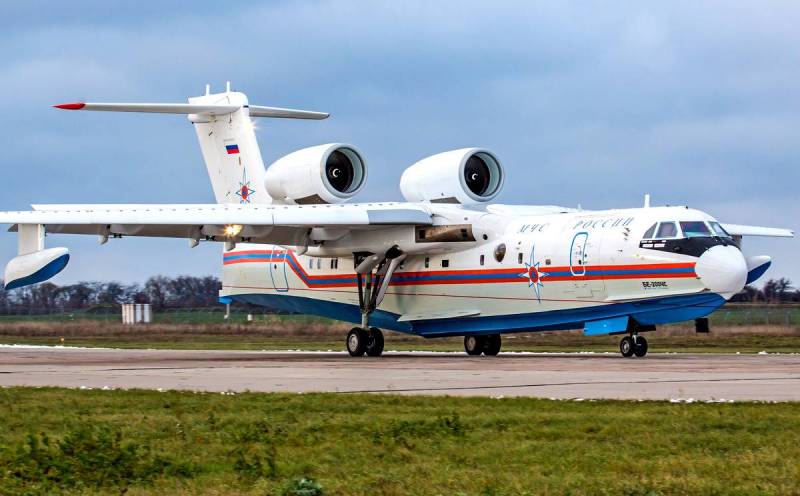 The Russian Defense Ministry intends to strengthen the Northern Fleet with a detachment of Be-200 Altair seaplanes. As planned by the Russian military, civilian rescuers and firefighters should begin to hunt for American submarines in the Arctic region. But are these plans destined to come true?


"Altair" is a real "flying boat" with a host of unique characteristics that have no analogues in the world. The seaplane is capable of taking off and landing both on land and on the water surface with a wave height of up to 1,3 meters. Powerful jet engines allow it to reach speeds of up to 700 kilometers per hour. Up to 45 people can board. The Be-200 in its various modifications is capable of transporting passengers, extinguishing fires and carrying out rescue operations on the water.

The undoubted advantages of the Russian aircraft were appreciated all over the world. Altair is most in demand as a firefighting aircraft, but a number of island coastal states are interested in it as a passenger plane. To take off from the water, he needs a water area up to 2,5 kilometers long. However, now the Ministry of Defense of the Russian Federation intends to turn a peaceful rescuer into a military plane. What can come of this venture?

First of all, you should pay attention to exactly where the Be-200 should be based. This is the village of Safonovo near Murmansk, in the Arctic, that is, this is the "jurisdiction" of our Northern Fleet. As the polar ice melts, the Arctic becomes more and more in demand as the shortest waterway between the West and the East. Traffic is objectively increasing on the Northern Sea Route: both civilian ships and warships and submarines go along it. The navigation conditions are extremely difficult, so there is a high risk of emergencies. The seaplane is able to quickly respond and fly out to help. In the rescue version, he carries inflatable boats on board and can take on board almost fifty people. In the Arctic, "Altair" will definitely not be superfluous and can save many lives. Nevertheless, the Barents Sea is supposed to be the main water area for seaplanes.

The Be-200 will be no less useful in the fight against potential enemy submarines. NATO countries declare their interest in the Arctic. Under the surface of the Arctic Ocean, uninvited guests, submarines of the US Navy, constantly visit. Finding them in time is the most important task of the Russian Northern Fleet. When brought down, Altair equipped with specialized equipment will be able to launch sonar buoys into the water or scatter them on the ocean surface in order to search for a lurking submarine.

It should be noted that the Be-200 has not yet been presented in the anti-submarine version. The goal of turning Altair into a fighter against submarines was set by Defense Minister Sergei Shoigu this year. The production of unique seaplanes faced a number of technical and organizational problems. But let's hope that they can be quickly resolved, and Altair will be able to contribute to ensuring the defense capability of our country.
Reporterin Yandex News
Reporterin Yandex Zen
7 comments
Information
Dear reader, to leave comments on the publication, you must sign in.