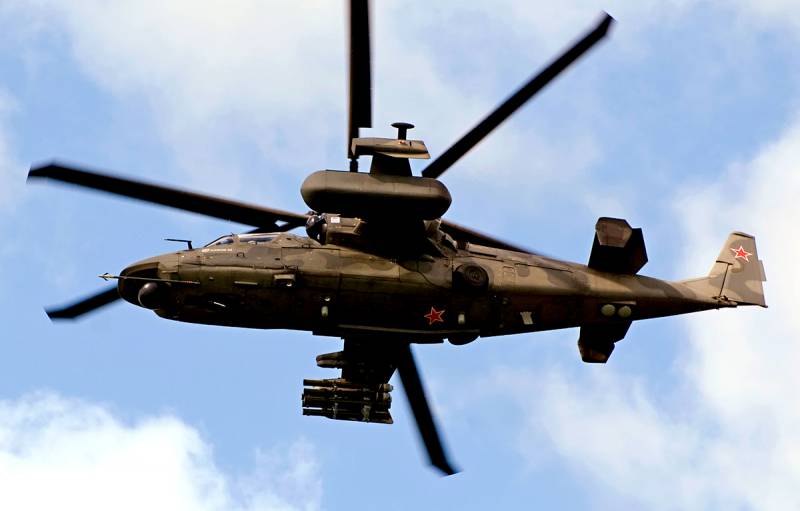 Instead of the French UDC Mistral ("Mistral"), Russia is building its own helicopter carriers, which amaze with their versatility, writes the American edition of Military Watch.


At the end of July 2020, the UAC laid down two such ships at the Zaliv shipyard in Crimea, which were named Ivan Rogov and Mitrofan Moskalenko. They will become a quality replacement for the Mistrals, the sale of which France canceled in 2014. Each ship will be capable of carrying 12 to 18 different helicopters, providing amphibious operations, anti-submarine warfare, rescue, medical and other missions.

Prior to that, Russia had developed good Ka-52 Alligator rotorcraft. When the Russians have their own helicopter carriers, there is no doubt that the Ka-52 or their modernized version will be based on them.

The Ka-52 has a number of unique features and is the only helicopter capable of carrying the Kh-31 medium-range supersonic tactical air-to-surface missiles and the Kh-35 subsonic missiles. In fact, the Ka-52 with Kh-31 missiles will make Russian helicopter carriers unique in their kind. These missiles can hit enemy ships at a distance of up to 300 km. There is also an anti-radar version of this ammunition. The Ka-52 can be equipped with a wide variety of weapons and carry more payloads than their Western counterparts.

In addition, the Ka-27 shipborne anti-submarine helicopters and the Ka-31 radar patrol helicopters can also be deployed on the new Russian helicopter carriers. They are currently in service on the Admiral Kuznetsov heavy aircraft-carrying cruiser of the Russian Navy, as well as on the aircraft carriers of the Chinese and Indian navies.

At the same time, the Ka-27 is a versatile deck helicopter that can be used for various missions, depending on the configuration. Availability of high-quality helicopter equipment will allow the Russians to make their helicopter carriers the most versatile ships on the planet in a similar class.
Reporterin Yandex News
Reporterin Yandex Zen
3 comments
Information
Dear reader, to leave comments on the publication, you must sign in.