Three wars that could start soon 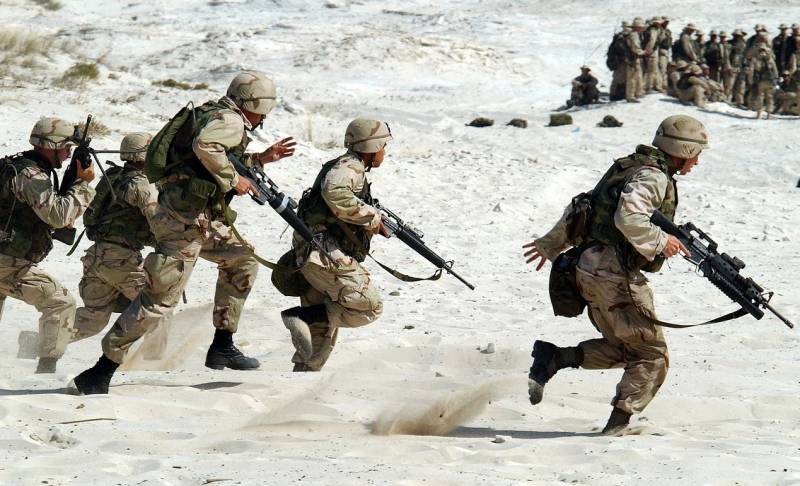 While we, tired of reports from "coronavirus fronts", are watching with unquenchable interest the dramatic events in Minsk or new outbreaks of violence in the United States, at least three acute conflicts are brewing on the planet, threatening to turn into open military confrontation. Each of them has its own special, unlike other reasons and reasons, completely different participants and a huge "scattering" on the world geographical map.


Nevertheless, each of these conflicts, having reached the level of open hostilities, threatens not only to turn into a bloody local battle, but also to become a “fuse-cord” capable of igniting a regional, if not world-class military fire.

Reasons and reasons: The fact that the war between these countries is only a matter of time, many analysts with a high degree of confidence declared several years ago. In fact, it all began in 2011, when the construction of a structure began on the Blue Nile, which, as usual in Africa, has a pompous name and a truly grandiose scale - the Great Ethiopian Rebirth Dam (EPWD). To whom - rebirth, and to whom - death. In any case, this is exactly what they say in Egypt, for which this "construction of the century" will mean the loss of not only a fifth of the electricity generated by the Aswan hydroelectric power station, but also no less than 40% of the Nile water, which is critically important for the local agriculture, which is already in deplorable condition. After all, 90% of the life-giving moisture this country, already having one of the lowest levels of water supply in the world, receives just from the Nile. Ethiopia claims that with the help of the "electrification of the whole country" its more than one hundred million people will finally be able to escape from poverty.

Theater and the possible course of hostilities: their readiness to use force in the event of Ethiopia's refusal from this megaproject has been repeatedly declared in Cairo, as well as its readiness to "fight for the waters of the Nile to the last drop of blood." The problem is that between the two warring states there is Sudan, which does not at all smile at the prospect of becoming an arena for ground battles, or, at least, a territory for the offensive and retreat of enemy armies. Egypt wants to win its neighbors over to its side, but so far it has failed. It is precisely because of the stubborn neutrality of the Sudanese that problems may arise with the launching of missile and bomb attacks on the Vozrozhdenie dam, which Cairo has already threatened many times. If Sudan closes its airspace for the Egyptian Air Force (and it most likely will), then a long-range raid on Ethiopia through the Red Sea and Eritrea may well end in failure. Moreover, a successful blow to the dam of the reservoir, which will already be filled (even if only partially), will lead to a colossal catastrophe not only for Ethiopia, but also for Sudan and Egypt. For the latter, first of all, because the water released from all the reservoirs on the Nile will inflict the strongest blow on this particular country.

Interests of Russia: for our country, such prospects are unprofitable, as they say, from any side. Both Egypt and Ethiopia have always been very promising markets for the supply of Soviet and Russian weapons. Today, Cairo is the leader in this matter, however, recently, Addis Ababa is trying to keep up, taking a course on the rapid increase in cooperation with our country, and not only in the militarytechnical area, but also in many others. The industrialization and prosperity of Ethiopia will certainly benefit Russia - but not at the cost of hunger in Egypt. The most unpleasant thing is that if it comes to a military clash, our country will have to choose one of the sides and will inevitably suffer losses in its positions and interests in North Africa and the Middle East. Anyway, who needs another war in this region, where the fighting is going on in Libya, Syria and other places?

Reasons and reasons: The two countries mentioned above are, alas, among those, the enmity between which has centuries-old, if not millennial roots. If we talk specifically about today, then the reason for a possible collision, of course, is the colossal deposits of energy resources discovered in the disputed waters between the islands of Cyprus and Crete, as well as the intentions of the states that are members of the so-called Eastern Mediterranean Gas Forum to conduct production there " blue fuel "and its subsequent transportation both to Europe and North Africa, without any participation in these projects of Ankara. All this categorically contradicts the aggressive and expansionist pursuit of the current Turkish President Recep Erdogan. policy in the spirit of neo-Ottomanism, its attempts to return the country to its former greatness and prestige. And purely mercantile interests, in this case billions of dollars, cannot be discounted. In any case, according to Erdogan himself, "Turkey will not make any concessions, but will take everything that is due to it in the Mediterranean, Aegean and Black Seas."

Theater and the possible course of hostilities: the place where the armed forces of the two warring countries can clash, most likely, can become either Cyprus, which is the subject of their long-standing quarrels, or the nearby islets. At the same time, the first move will probably be for Ankara, which is well understood in Athens. So, just yesterday it became known about the transfer of Greek troops to the island of Kastelorizo, which Turkey suddenly declared a "disputed territory". However, combat contact with the participation of the Turkish and Greek navies and air forces seems much more likely than ground operations. As a matter of fact, the first collision (in the most literal sense of the word) has already occurred when on August 12, two combat frigates, the Greek Limnos (F 451) and the Turkish Kemalreis (F 247), did not miss each other in the Mediterranean. Fortunately, this incident did not develop further, but it may still be. In any case, the fact that Ankara is seriously afraid of air attacks on its territory is evidenced by its desire to speed up the supply of Russian S-400 air defense systems and, possibly, even Su-35 fighters.

Russia's interests: let's be frank - any conflict between NATO member states, which could potentially lead to the weakening, if not the collapse (albeit partial) of this military bloc, is definitely in our country’s hands. Moreover, Greece's expansionist plans aimed at the European energy market run counter to our national interests in the most categorical way. Yes, and Turkey can sell a lot ... On the other hand, too much strengthening of Ankara's positions is unprofitable for Moscow. Problems with Turkish "partners", which have recently been increasingly losing their sense of reality, are already above the roof - in Syria, in Libya, or in the Caucasus. And the armed conflict in the Mediterranean by itself cannot bring anything good. Better without him.

China vs. Taiwan. Or rather, against the USA

Reasons and reasons: The Asia-Pacific region is a hotbed of world tension, one might say, traditionally. Nonetheless, today fuel is added to the fire of the eternally smoldering conflicts there, thickly mixed with long-standing mutual grievances and territorial claims, the desire of the United States to hinder the strengthening of China as much as possible. Beijing, for its part, reacts more and more harshly to such attempts and is about to decide to show the Americans who is the boss in the region. The "Taiwan question" seems to many in the PRC an excellent opportunity for just such a minimally risky and maximally effective demonstration. Speaking of the "inevitable reunification of China," which implies a return to Taiwan's "native shores", Comrade Xi certainly demonstrates with all his might that this is exclusively a "peace process." Nevertheless, Beijing refrained from military action just as much as was necessary in the interests of high geopolitics - so as not to “lose face” as a peaceful state respecting international law. The "trade war" with Washington has significantly changed the emphasis on what is considered acceptable in the Celestial Empire. And its current intensity can even untie the hands of the supporters of force actions there. In fact, with its incessant attacks on its Chinese comrades and constant threats to "punish", "restrain" Beijing or "put an end to its expansionist aspirations in the region," Washington itself is pushing its opponents to be proactive. And you simply cannot imagine a better place for this than the island that continues to "abut". With Hong Kong sorted out - is Taiwan next in line?

The theater and the possible course of hostilities: there is no doubt that the PLA General Staff worked out concrete plans for "forceful reunification" with the Republic of China, both strategic and tactical, long ago and in the most detailed way. Yes, the United States has literally stuffed the island with its "best in the world" weapons - from the portable Javelin and Stinger missile systems to the F-16 multipurpose fighters and M1A2 Abrams tanks, as well as the Patriot PAC-3 air defense system. Nevertheless, all this in comparison with the real military power of the Celestial Empire is dust in the wind. Relying on the support and protection of its main (and, in fact, the only) ally, the United States, the island in recent years began to treat its own army with coolness. Yes, they do not spare money for equipping it with American weapons and equipment. However, the general conscription was canceled a couple of years ago. Tanks and aircraft are good, but, for example, not so long ago there was simply no one to fill up to half of the lowest officer positions in the Taiwanese army. The large-scale exercises conducted by the PLA the day before, literally off the coast of Taiwan, to train massive amphibious operations carried out both from the sea and from the air, eloquently show that Beijing is preparing, and is preparing in earnest. Only direct military intervention by the United States can save Taipei from a quick and inevitable defeat. But will the Americans start World War III because of him?

Russia's interests: China is undoubtedly our most important economic partner and military-political ally. On the other hand, its excessive strengthening, albeit on the scale of the Asia-Pacific region, will inevitably give rise to new problems for Russia, since after such a geopolitical victory, Beijing will become even more assertive in promoting its interests wherever it sees fit. That is, all over the world. However, this will happen if the United States really "backs up", that is, does not enter into a military conflict on the side of Taiwan, which they promised to defend against any "external aggression." I don’t even want to think about what will happen otherwise. A new global conflict, which is likely to develop into a nuclear war at the initial stage, is an extremely unpleasant topic for discussion.

Unfortunately, we have to admit - despite the deadly coronavirus pandemic, which, it would seem, was supposed to unite, rally humanity, or at least make it think about the fragility of our civilization, the world seems to be getting closer and closer to a new era of wars, each of which may be the last for him.
Ctrl Enter
Noticed oshЫbku Highlight text and press. Ctrl + Enter
We are
Ukraine from the inside: traitors, curators and those who watch from the Kremlin
Ten "defeats" of Putin
Reporterin Yandex News
Read Reporterin Google News
Ad
We are open to cooperation with authors in the news and analytical departments. A prerequisite is the ability to quickly analyze the text and check the facts, to write concisely and interestingly on political and economic topics. We offer flexible working hours and regular payments. Please send your responses with examples of work to [email protected]
33 comments
Information
Dear reader, to leave comments on the publication, you must sign in.