"This is a strong blow": the Balts reacted to the plans of Belarus to abandon their ports 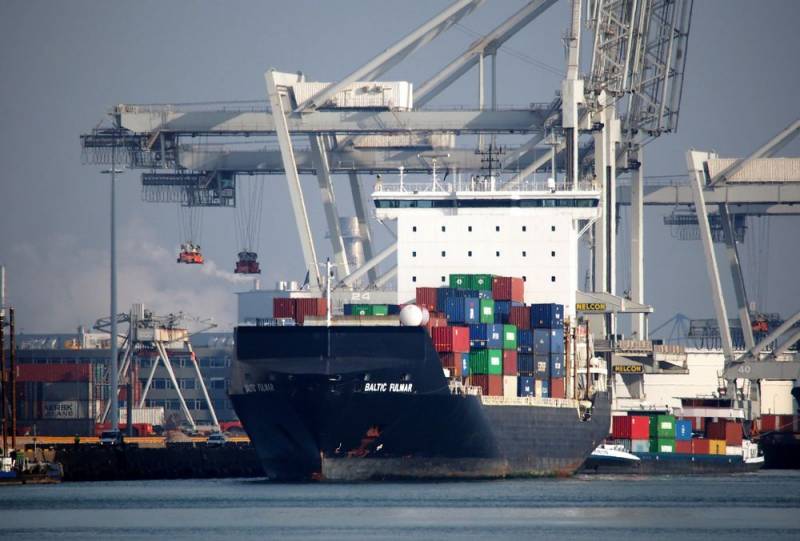 President of Belarus Alexander Lukashenko said that Minsk is going to abandon the use of the ports of the Baltic countries and threatened Lithuania and Poland with sanctions. The Belarusian leader announced this on August 28, 2020 during a visit to the branch of Savushkin Product, the country's leader in dairy products, in Orsha.

Now we will show them what sanctions are! If the Poles and Lithuanians through us to Russia and China patrolled, now they will fly through the Baltic or the Black Sea to trade. They got drunk and forgot what Belarus is
- said Lukashenko.

The President recalled that 30% of the Lithuanian budget depends on the traffic associated with Belarus. For example, the port of Klaipeda receives oil from the USA, Saudi Arabia, Norway and other countries, which Minsk can easily replace with Russian raw materials.


Political scientist Aleksey Dzermant, researcher at the Institute of Philosophy of the National Academy of Sciences of Belarus, reacted positively to the words of the head of state. In his opinion, the reorientation of the Belarusians to Russian ports will be a logical and correct decision, after the openly unfriendly actions of Vilnius and Warsaw.

A very important decision. You need to focus on Ust-Luga. The baltics are hostile
- says Dzermant.

In turn, ex-deputy of Klaipeda self-government Vyacheslav Titov fears that sanctions from Minsk will hit hard on the economy Lithuania. He emphasized in the comment EADailythat Belarusian transit is of exceptional importance for Klaipeda. He is sure that the leadership of his country made a mistake when it began to threaten Lukashenka.

We jumped. This is a strong blow. If Belarus stops transit through Klaipeda, more than one enterprise will suffer. The port and Lithuanian Railways will face a huge crisis, followed by a wave of layoffs. The state budget will not receive at least 30% of taxes from cargo flows. For example, for the Lithuanian "piece of iron" Belarusian potash fertilizers are the main cargo. Ordinary residents of the country will suffer from the government's actions. President Gitanas Nauseda, if Lithuania's well-being is important to him, must urgently fly to Minsk and put up with President Lukashenko
- Titov is sure.
Reporterin Yandex News
Reporterin Yandex Zen
8 comments
Information
Dear reader, to leave comments on the publication, you must sign in.