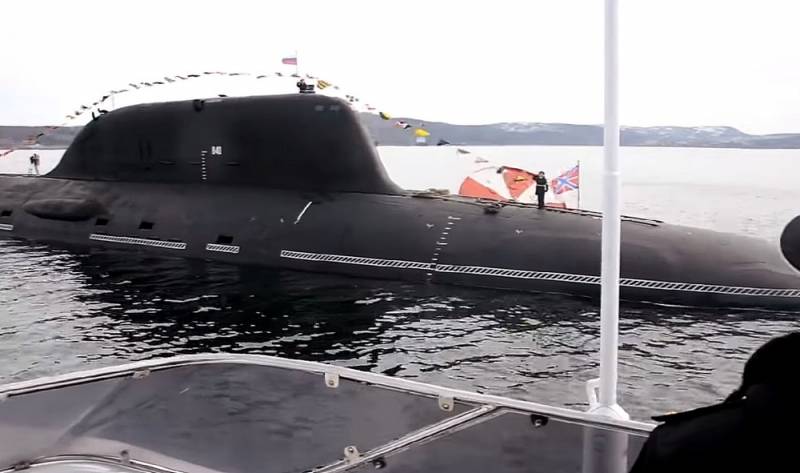 The project 885M Yasen-M multipurpose nuclear submarines Voronezh and Vladivostok, which began to be built in July this year at the Sevmash shipyard, will be the first to adopt the new Kalibr-M cruise missiles with a range of more than 4 thousand . km. Reported by TASS with reference to his source in the military-industrial complex.

The new "Caliber" can be equipped with either nuclear warheads or high-explosive fragmentation. Thus, the new submarines will be better prepared for the tasks of non-nuclear strategic deterrence in comparison with the previous military one. technique
- the source notes.

The submarine vessels Vladivostok and Voronezh will be launched from the stocks in 2024 and 2025, respectively. In accordance with the development programs of the Russian Navy, they will become part of the fleet in 2027. The agreement for the construction of two multipurpose nuclear submarines was signed last summer during the Army 2019 International Military and Technical Forum. The lead nuclear-powered submarine of Project 885 Severodvinsk joined the Northern Fleet six years ago. The submarine "Kazan", which was built according to the modernized project 885M "Yasen-M", is planned to be transferred to the fleet by the end of this year.

Currently, the main armament of Project 885 and 885M submarines is the Onyx and Caliber-PL cruise missiles. In the near future, such weapons will be the Zircon missiles.
Reporterin Yandex News
Reporterin Yandex Zen
34 comments
Information
Dear reader, to leave comments on the publication, you must sign in.