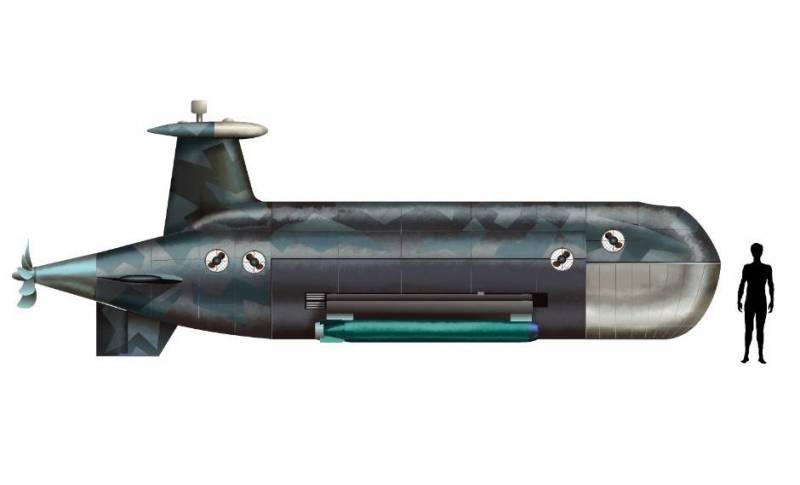 The future Russian nuclear powered underwater drone "Cephalopod" is designed to destroy nuclear submarines of the US Navy and its allies, writes the American edition of Military Watch.


After the collapse of the USSR and the loss of the largest shipyards for Moscow, the Russian Navy focused on strengthening its submarine fleet. Russians consider submarines to be their most profitable asset, they have significant firepower and are more difficult to neutralize, unlike surface ships.

Now the Russians are investing in various submarines by reducing the cost of large surface ships. Moscow recently moved on to expand its submarine warfare capabilities and decided to deploy the group more economical drones with nuclear power plants.

In 2018, it became known about the existence of the Poseidon project, an underwater vehicle capable of carrying a nuclear warhead with a capacity of up to 100 megatons. Recently, the program of its development has advanced significantly and is in its final phase. Poseidon will be a solid addition to Russia's strategic deterrent. At the same time, the Poseidon project overshadowed the potentially more important tactical weapons program - the Cephalopod.

Submarine warfare expert H. I. Sutton suggested that the Cephalopod would have a large displacement. According to his information, the drone will have one curved propeller, the same as that of a full-size submarine. This indicates that the Cephalopod is being designed for long stay underwater and great stealth, not for high speed.
Ctrl Enter
Noticed oshЫbku Highlight text and press. Ctrl + Enter
We are
The United States refused to consider the Khabarovsk submarine a technological breakthrough
The first launch of the nuclear Poseidon from the submarine will take place in the fall
Reporterin Yandex News
Read Reporterin Google News
8 comments
Information
Dear reader, to leave comments on the publication, you must sign in.