From MiG-31 to X-15: records of the highest aircraft in the world 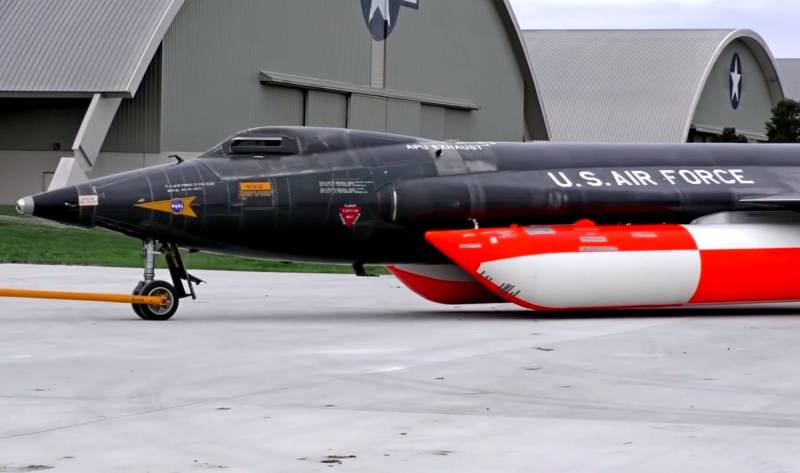 The ceiling for modern civil aircraft is 13 km. However, military and experimental aircraft have other tasks and other capabilities, which allows them to "plow" the vastness of the stratosphere. However, some of them were even able to reach the border of the atmosphere.


Let's start with the fighters. The American fifth-generation fighters F-35 Lightning II and F-22 Raptor can perform operations at altitudes of 18 and 20 km, respectively. In turn, our Su-57 is also capable of reaching a ceiling of 20 km, but at the same time it is much more maneuverable than the Raptor.

The MiG-31 is a Soviet supersonic high-altitude fighter that has retained its relevance to this day. The aircraft is able to climb to an altitude of 20,5 km and intercept low-flying cruise missiles.

The American Lockheed F-104 Starfighter in the distant 1959 managed to rise to an altitude of 31,5 km. However, the record did not last long. The Soviet front-line MiG-21 F-13 climbed 35 km, which was a real fantasy for that time.

However, this incredible mark did not last long either. The “successor” of the previous record-holder MiG-25 managed to reach an altitude of 1977 km in 37.

Now about the scouts. The famous American B-57 Canberra, which was produced in the 50s, is still used by the US Air Force for experimental purposes. The car climbed 14 km, and its improved modification reached an altitude of 23 km. The Soviet operational reconnaissance aircraft MiG-23RB reached 25 km, and another Soviet reconnaissance aircraft M-55 "Geofizika" climbed 21,5 km.

Lockheed U-2, produced in the 50s and having survived a number of modifications, is capable of taking off almost 27 km, and the legendary strategic supersonic reconnaissance aircraft Lockheed SR-71 "Blackbird", decommissioned in the 90s, climbed 26 km and was the fastest aircraft in its class.

And finally, about the record holders who have reached the boundaries of the atmosphere. The experimental North American X-15 rocket plane reached an altitude of 108 km in 1963, reaching a speed of 6000 km / h. After 41 years, this record was also broken by the American private orbital manned aircraft SpaceShipOne, which rose to an altitude of 112,5 km. After a successful return to earth, his pilot received a $ 10 mln award and the title of astronaut.