Russian navy appears to be returning to Cuba 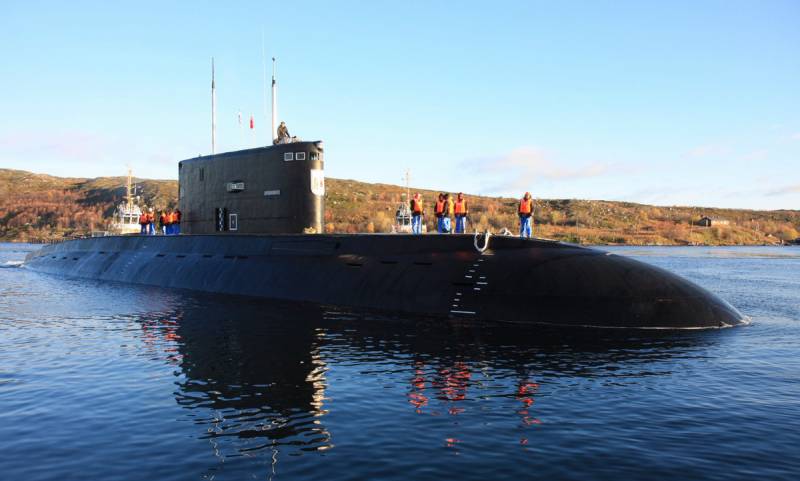 Beginning in 2014, when it finally became clear that Russia would not succeed in friendship with the United States, there have been talks about the possibility of our military returning to Cuba. The intensification of contacts along the military line between Havana and Moscow was noted. Does this mean that the Andreevskie flags will start flying over Freedom Island again?


US State Department spokeswoman Morgan Ortagus forced the issue to be raised again by stating the following:

The creation of a base for the Russian Navy with the deployment of ballistic missiles is a direct violation of the agreements between Moscow and Washington in force since the end of the Cuban missile crisis.
Ballistic missiles in the underbelly of the United States sounds cool, but how realistic is it today? On the one hand, such a step would be a completely adequate response to Washington's withdrawal from the INF Treaty and, in the future, START III. On the other hand, it will obviously provoke an inadequate reaction from the Americans, as it was during the Cuban missile crisis, which Mrs. Ortagus mentioned. The Pentagon will immediately aim at the Island of Freedom with everything it has, over the base will have to create a powerful air defense / missile defense system and electronic warfare. The big question is whether official Havana needs this, especially after Moscow has written off a debt of $ 3 billion. However, in the event of a real aggravation of relations with the United States, a scenario with the transfer of ballistic missiles cannot be ruled out.

But the "light" scenario with the opening of a foreign logistics center for the Russian Navy instead of a full-fledged base of nuclear submarines is much more likely. So the Russian fleet returned to the Vietnamese Cam Ranh, from where it voluntarily left in 2002. In 2013, Moscow signed an agreement with Hanoi on the joint use of this deep-water bay. Russian ships and submarines of the Pacific Fleet can enter it in a simplified manner and be repaired. Vietnam received six Varshavyanka-class submarines, our specialists are training their colleagues. Russian Il-78 tankers, designed to service the Tu-95MS strategic bombers patrolling the Pacific Ocean, may be based at the Cam Ranh airfield.

This is still sufficient for the current needs of our Pacific people, and annoys the Americans, who turned to Hanoi with a demand to remove the Russian planes. The Vietnamese are reluctant because they are thus seeking to maintain a balance of power in the region. Most likely, the return of the Russian Navy to Cuba will follow the same scenario. The Kremlin is ready to help the Island of Freedom in modernizing its purely symbolic fleet, represented by several old vessels and boats. Two years ago, a spokesman for the United Shipbuilding Corporation stated:

The parties discussed cooperation in the field of maritime transport, including the possibility of modernizing the port infrastructure of Cuba and the development of Cuban ports and shipyards.
Moscow agreed to provide Havana with a loan of more than a billion euros for this purpose. Most likely, we will talk about the modernization of the port of Cienfuegos. The depth of its bay reaches 600 meters, which is suitable for any type of submarine, including those carrying ballistic missiles. After the end of the Cuban missile crisis, Soviet warships and submarines were frequent guests in Cienfuegos, which irritated the Pentagon.

Most likely, after the modernization of the Cuban port, a second foreign logistics point for the Russian Navy will be opened there, and ships and submarines under the St.Andrew's flag will begin to appear there regularly.
Reporterin Yandex News
Reporterin Yandex Zen
7 comments
Information
Dear reader, to leave comments on the publication, you must sign in.