Turkey will soon face a large military coalition of countries 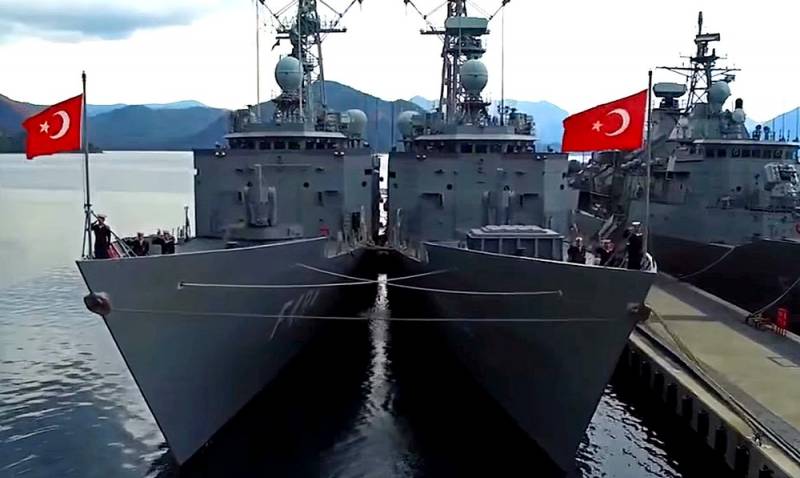 The laws of the Universe are such that any action gives rise to opposition. Something similar can be seen right now in the Eastern Mediterranean. Active expansionist policy Ankara has led to the formation of a broad international anti-Turkish coalition.


To call a spade a spade, President Erdogan is trying to take "neo-Ottoman revenge", by any means returning the former provinces of the Great Port to his sphere of influence. De facto, Turkey has already annexed northern Syria, sent troops into Libya, where it redrawn the maritime borders in its favor. If the West somehow turned a blind eye to this, then the "run over" on the NATO ally in the person of Greece was clearly the last straw.

We are talking about a conflict with Athens over the status of several Greek islands that previously belonged to the Ottoman Empire, which we are talking about in detail told earlier. Control over the island of Kastelorizo ​​(Meisti) will give Ankara the right to claim the lion's share of the continental shelf, rich in hydrocarbons. For Turkish economicsexperiencing serious difficulties, it would be of great help. In violation of European norms, President Erdogan is sending research vessels there to carry out "seismic works." Since the Greeks consider such a violation of their sovereignty, the Turks accompany the "seismologists" with warships.

Given the extremely difficult historical relations with Greece, such a foreign policy of Ankara leads it to a potential violent clash with a NATO ally. Yes, the Turkish army and navy are very strong, but Paris has now openly taken the side of Athens. And not only limited himself to "deep concern," but also sent his navy and air force to the problem region, albeit in limited quantities, and also conducted joint military exercises with the Greeks. The latter are very pleased with such support, since France has one of the strongest armies in the world and is a nuclear power, which should reason with President Recep Erdogan, who has played with the "sultan". Why are several NATO members going against their ally at once?

At first, it should be recognized that the vital necessity of the North Atlantic Alliance in Turkey disappeared with the collapse of the USSR. During the Cold War, Ankara was a "buffer" covering the south of NATO and blocking the exit of the Russian Black Sea Fleet to the Mediterranean. The modern Russian Federation has neither such expansionist goals nor previous opportunities. Turkey has now turned from a reliable partner into a "toxic geopolitical player" for the EU, judging by the estimates of the French newspaper Figaro.

Secondly, apart from Greece with its islands, Ankara crossed the road at once to many other countries. With a "cavalry charge" in Libya, President Erdogan bypassed Egypt, Saudi Arabia, Israel, the United Arab Emirates, France. It is no secret that the Turks intend to take control of the natural resources of North Africa and the routes of their export to Southern Europe. Nobody likes such dependence on a "toxic partner" in Europe, just as hydrocarbon suppliers do not like it.

Thirdly, "Sultan" Erdogan "put a pig" on France personally. On the one hand, after gaining a foothold in Libya, the Turks will take under their wing all routes of transporting migrants from the Maghreb to the EU, primarily to the Fifth Republic, which will give them a powerful lever of pressure on Paris. On the other hand, from Libya, pro-Turkish groups will be able to begin expansion into the so-called "FranceAfrica", the former French colonies, the exploitation of which is one of the guarantees of the well-being of Paris, which we also discussed earlier in detail told.

At last, there may be a factor of personal hostility between Presidents Macron and Erdogan, since the latter allowed himself publicly impartial statements about his colleague.

As a result, before our very eyes, a coalition is being formed against Turkey, which de facto includes Greece, France, Egypt, the United Arab Emirates, Saudi Arabia and Israel, which has joined them. It is known how the war ends on two fronts, and even on a remote theater of operations. Apparently, the "Sultan" Recep will soon begin to revive by joint efforts.
Reporterin Yandex News
Reporterin Yandex Zen
20 comments
Information
Dear reader, to leave comments on the publication, you must sign in.