"Letter 103": what is behind the demand in the United States to review relations with the Russian Federation 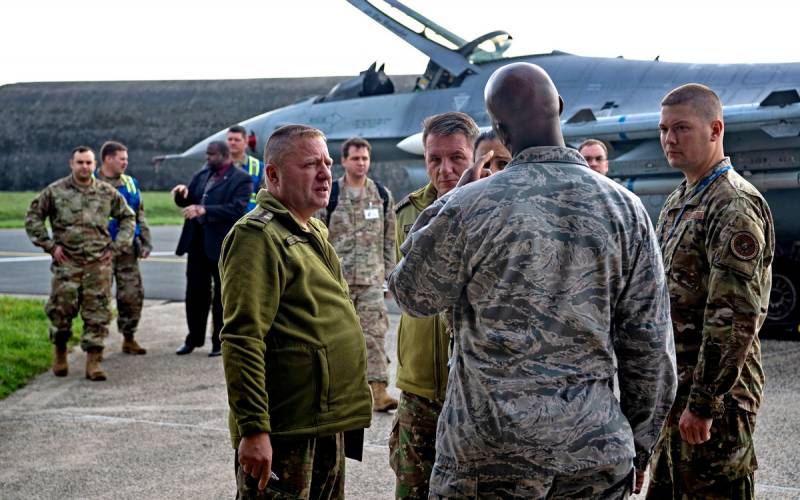 One of the leading publications in the United States, Politico, published a rather unexpected and very intriguing document. This is an open letter of demand addressed to the authorities and, above all, to the country's parliamentarians, congressmen and senators, the only topic of which is the deepest crisis in relations between Washington and Moscow. The authors also suggest ways and means of overcoming this crisis. Particular weight is given to the released document by the fact that 103 representatives signed it political and the US diplomatic elite, and not at all those who could be categorized as political marginalized or declared "agents of the Kremlin."


So, it is time for us to prepare for a new "reset", after which a complete understanding will come between the United States and Russia in the well-known style: "peace-friendship-chewing gum" ?! No, it is unlikely ... Do not rush with optimism, even the most restrained. Why so, let's try to figure it out by carefully studying the text of the letter in question.

To begin with, I will nevertheless voice specifically at least a part of the list of "signatories" of the demand addressed to the State Department, the White House and the US Congress. We are talking about such people as former United States Ambassadors to Russia John Huntsman and Thomas Pickering, Rose Gottemoeller, former US Under Secretary of State for Arms Control in 2014-2016 and an expert at the Carnegie Moscow Center. Also among the authors are Thomas Graham, director of the US National Security Council's Russia in 2004-2007 and Fiona Hill, director of the Europe and Russia department at the US National Security Council in 2017-2019. All these people (like many of their colleagues who supported the open letter), despite the prefix “former,” are by no means “political retirees,” and, most importantly, they definitely have a clear and clear understanding of the subjects they undertake to discuss.

Most importantly, these are by no means "doves of peace" who are sincerely convinced that the confrontation between the two great powers should be stopped because of its utter senselessness and groundlessness. If someone decides that more than a hundred leaders of the highest establishment of the United States suddenly flared up with the most sincere sympathy for our country and is now trying to convey to the leadership of their own state the idea that Russians are, in general, good guys and the Americans have nothing to share with them, yes and there is no need, then he will be mistaken in the most cruel way. By no means ... In, so to speak, the introductory part of their own letter, Messrs. And Madam analysts, ambassadors and others just stress that Russia is a geopolitical enemy for the United States, in fact an antagonist. It is, you see, "destroying the plans" of Washington and "complicating the actions of the United States along its vast borders." What indecency ...

Our country, according to the authors of the speech I quoted, not only has the audacity to "challenge the role of the United States as a global leader," but also impudently "challenges the whole world that was created with American help." They would have written honestly - "in the American image and likeness" ... What follows is more than a standard set of accusations and claims against Moscow: "a part of Ukraine and Georgia" the Russians shamelessly "captured", "interfere" in the internal affairs of the United States in the most unceremonious manner , trying to "sow discord" and "discredit democracy", well, everything else, already imposed in the teeth, to a heap. Analysts draw on this basis an absolutely unambiguous conclusion: the relationship between the United States and Russia will always be a kind of unnatural "mixture of rivalry and cooperation." However, in their opinion, this is the best case.

We must pay tribute to the people who, for the most part, saw our country and its inhabitants with their own eyes, and who judge Russian realities not by the extremely dubious works of Hollywood, but based on their own impressions and experience. Do they have warm feelings for Russia? In no case! They are afraid of her ... That is why one of the main theses in the "letter of 103" is the statement: the "dead end" in which the US-Russian relations have entered is dangerous just for the United States. It is for their "vital interests" that he poses a huge threat. First of all, for the reason that, due to the incessant confrontation between the countries, the world has again as never before approached the brink of war, the development of which into a nuclear conflict in this case is absolutely inevitable. All those who signed the document are confident that Washington's established foreign policy towards Moscow must be changed, and immediately. But how exactly?

Most of the authors of the appeal published in Politico have spent a considerable part of their lives in public service for a reason. In addition to "an impartial and thorough analysis" of the current situation, they propose six very specific "steps" to change it. Let's consider them sequentially. The first point is partly a tribute to the "ritual" Russophobic "horror stories", denying which in Washington you will at once fall into "Putin's agents". Interference in elections must be resisted! With Russian disinformation - to fight mercilessly! At the same time, in the same paragraph there is a very interesting proposal - to conduct "non-public" (calling things by their proper names - secret) negotiations between the United States and Russia in order to conclude a kind of "non-aggression pact" concerning the inadmissibility of cyber and other attacks on critical infrastructure ... Not bad already.

The next step, according to the 103s, should be "the top priority for the White House" and consist in restoring full-fledged diplomatic relations between countries, which, as they remind, "can put an end to human civilization in half an hour." "Misconceptions" and the lack of normal contact between Washington and Moscow could well lead to war, analysts say. You can't argue with them here. The third point again brings us back “from heaven to earth” - in it the authors of the letter emphasize the need to “strengthen the US national defense”, raising its level, at least, up to the times of the “Cold War”. They do not even stutter about the possibility of ending the "military confrontation going on today from the Baltic to the Black Sea", but only call to make it "more stable and safer." However, there is also a certain bit of real "sedition" in this paragraph - it says that "control over order in the world with nuclear weapons" should be joint, with "Russian-American leadership." Unambiguous progress.

The same paragraph refers to the vital need for the United States to extend the START III treaty, to return to the Open Skies Treaty and other agreements that ensure collective security on the planet. Moreover, the authors of Letter 3 argue that the number of such agreements should be increased, as well as made more comprehensive. Obviously, in the light of these ideas, the fourth step is to turn international security cooperation into, at least, trilateral, having the "USA-Russia-China" format. At the same time, analysts admit that American foreign policy is downright pushing Moscow to "support Beijing's most unconstructive steps towards the United States." And they call to "turn the arrow in the opposite direction." After reading point 103, someone in Kiev may faint. Insisting on the need to "adhere to a principled and firm position" on issues that are most conflictual for US-Russian relations, the authors of the document refer to the situation in Ukraine and Syria as such. And they make it quite clear: principles are principles, but the general, global agenda of interaction between Washington and Moscow is much more important than any “particulars” there.

Against this background, the last, sixth of the proposed steps, a call for a change in Washington's sanctions policy, looks quite logical. The experts speaking in Politico have enough sense of realism to admit the obvious: the restrictions imposed at random and for everything in a row have become "permanent and inevitable" in Moscow's eyes. A kind of inescapable evil, to which you just have to get used to. That's where we got used to it - with minimal damage to ourselves. This, in the opinion of the authors of the open letter, “deprives the Kremlin of any incentive to change its own course,” and, consequently, makes the sanctions themselves meaningless.

Those who signed their autographs under the document cited above conclude it with completely stunning, one might say sensational (as for the United States) conclusions: even with the departure of Vladimir Putin from the Kremlin, nothing will change in Russia! In fact, any of his successors “will act within the same strategic framework” as the current head of state, since it is precisely such a course “built on the deepest, most fundamental national traditions” that has the unconditional support of both the people of Russia and its elites. Washington's attempt to change the "rules of the game" and make Russians think, feel and behave differently is a fatal mistake that can be "very costly." As, incidentally, and the preservation of the current, absolutely hopeless course. This maxim is crowned with a generally brilliant, in my opinion, phrase: "We will have to build relations with the Russia that is, and not with the country that we would like to see in its place!" "The US must be strong," but exclusively "within the framework of diplomacy" and guided by the desire to "put relations on a constructive path." At least it came to someone at last. Better later than never.

All this sounds, of course, extremely enticing. It sounds hopeful and encouraging ... But there are huge doubts as to whether at least someone in Washington, embraced by Russophobic courage, will hear the calls for an end to the confrontation. Reality, alas, testifies to a completely opposite trend. On August 8, the United States government again erupted on its official Twitter page with delusional statements that 12 years ago our country "invaded Georgia and still occupies 20% of this country", coupled with calls for "the immediate withdrawal of the occupation troops." At the same time, the head of the Pentagon, Mark Esper, in his public speeches, says with great enthusiasm that "in the framework of containing Russia" additional contingents of American troops should soon be deployed "as close to its borders as possible."

This is not only about Poland and the Baltic States, but, as it turns out, also about Romania. Negotiations on the deployment of new forces of the US army there successfully ended in Bucharest last Friday. It is very likely that under the current conditions the "letter of the 103" is destined to remain the notorious "voice crying in the wilderness." But as if as a result the whole world did not become a radioactive desert ...
Reporterin Yandex News
Reporterin Yandex Zen
21 comment
Information
Dear reader, to leave comments on the publication, you must sign in.