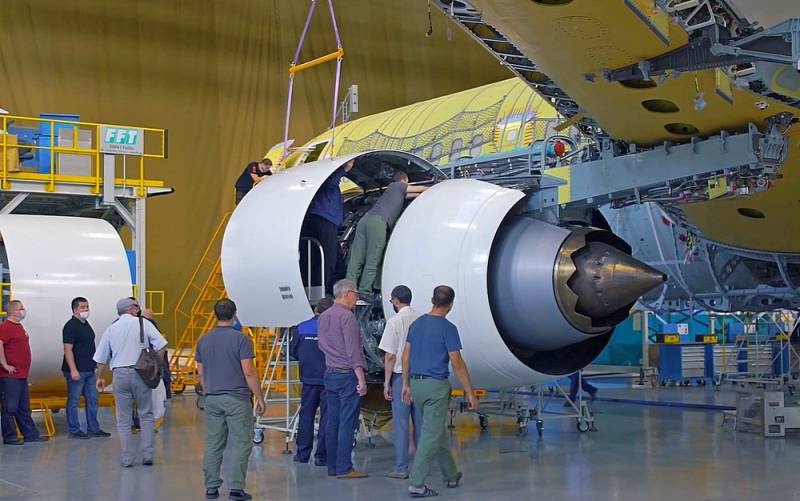 Western sanctions and the severing of industrial ties with Ukraine have seriously damaged Russian industry. However, every cloud has a silver lining. External restrictive measures have become a "magic pendel" that forced to develop their own production. This is most clearly noticeable in such a technologically capacious segment economicsas aircraft construction.


At a recent meeting with President Putin, the head of the UAC YA Slyusar gave a report on the work done. It was about two domestic aircraft, which should gradually begin to replace foreign counterparts.

This is a forced "return of the legend" caused by the deterioration of relations between Moscow and Kiev. The twin-engine turboprop aircraft is intended to replace the Ukrainian An-24. Its flight range is 1500 kilometers, and its capacity is 64 passengers (increased to 68). It can safely take off and land on short runways and is unpretentious to regional airfields, including those with little equipment. It is an excellent short-haul winged aircraft designed to operate in practically the same segment for which the Superjet was originally designed with a capacity of 65-75 seats.

The plane flew for the first time 30 years ago, 18 of them were produced. The aircraft building plant remained in Tashkent after the collapse of the USSR. After the collapse of the Soviet Union, carriers stopped paying due attention to the Soviet liner, focusing on foreign analogues. Interest in the resumption of production already in Russia reappeared in 2014. The short-haul market requires just such a simple and unpretentious aircraft. The process of transfer from Uzbekistan and revival began in 2019. The upgraded version with the IL-114-300 index will fly at the turn of 2020-2021. Annually Aviation Complex named after SV Ilyushin ”intends to produce 12 aircraft each. 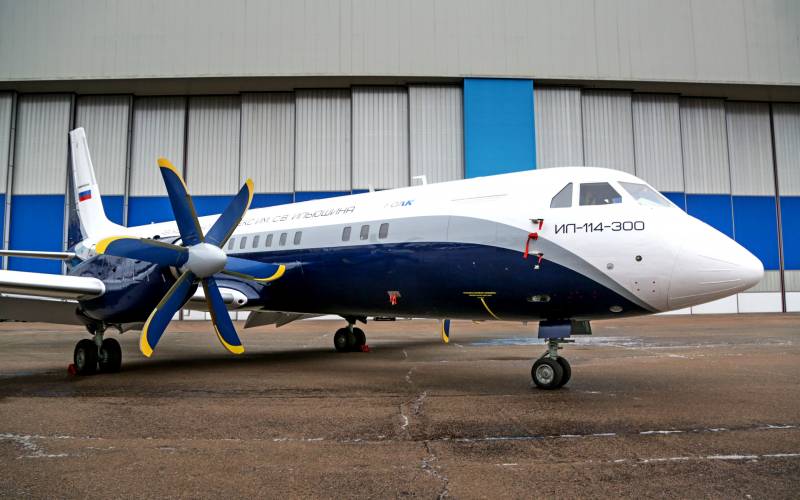 There is already a pre-order from the State Transport Leasing Company for 50 short-haul liners. In general, the Il-114-300 has a good future, since it will occupy a very popular market segment. In addition to the passenger version, a medical, patrol, reconnaissance and even anti-submarine warfare will be created. However, some possible difficulties should be mentioned.

The liner can be equipped with a choice of domestic TV7-117C engines or Canadian PW127H engines from Pratt & Whitney Canada (an independent division of the American Pratt & Whitney). Also, at the request of the customer, the aircraft can be equipped with Western avionics. Why they turn to Western engine builders, it is understandable - to facilitate their export. But here it is important not to "stick in", like the "Superjet" with low-quality power plants of French design. Evil tongues say that even Airbus itself could have suffered from unfair competition: the American Pratt & Whitney PW1000G engine for the A320neo model is harshly criticized by experts.

This is another Russian aircraft with a good future. In the medium-haul segment, it will be able to compete with Boeing 737 MAX, Airbus A220, Airbus A320neo and Comac C919. Unfortunately, he has already suffered from Western sanctions. Due to US restrictive measures, Irkut has problems with suppliers of composite materials for the black wing and the keel of the aircraft. The process of import substitution is gradually underway, but the release dates have shifted to the right.


In the future, the above-mentioned difficulties may arise with power plants. Two engines will be installed on the liner: the domestic PD-14 and the PW1400G Pratt & Whitney. You shouldn't be surprised at the choice in favor of an American company, since it is one of the world leaders in this area. With imported power plants, the MS-21 will be able to be exported. However, one should remember about the risk of new restrictive measures on their supply, as well as about the "conspiracy theory" regarding low quality products for direct competitors of American and European corporations.

It is very good that the PD-14 was developed in our country, which guarantees that the MS-21 will be able to fly in any case. Technologies the production of such power plants allows Russia to remain in a very narrow club of aircraft-building powers to this day. Let today our aircraft are considered outsiders in the West, but this is the first and very important step in restoring domestic aviation production.
Reporterin Yandex News
Reporterin Yandex Zen
16 comments
Information
Dear reader, to leave comments on the publication, you must sign in.