Big redistribution: why does the United States move troops closer to Russia 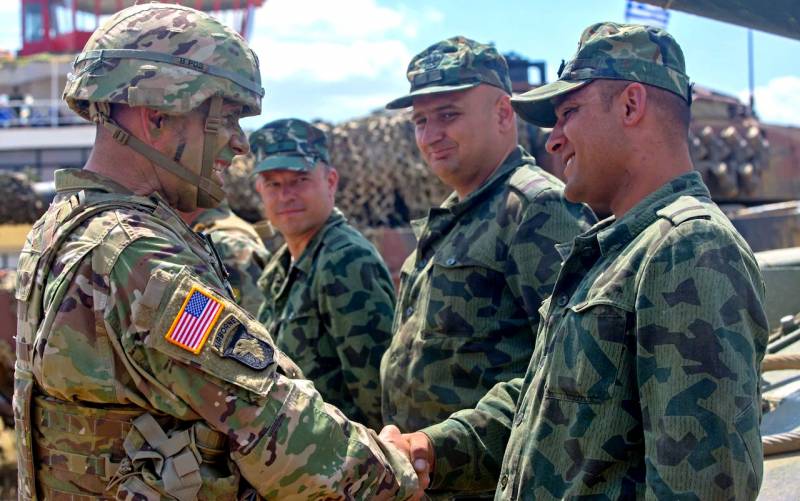 President Trump is preparing to transfer American troops from Germany to Italy, Belgium, and later to Poland and the Baltic countries. The media portray this as Washington's desire to "punish" Berlin for its unwillingness to fork out for NATO's needs. What is actually behind this redeployment, let's try to figure it out.

Germany pays Russia billions of dollars a year for energy and should we protect Germany from Russia? What is this anyway? .. Germany is poorly fulfilling its obligations on the XNUMX% contribution to NATO. Therefore, we are withdrawing part of the troops from Germany.

The thesis about the need to protect Germany from Russia can only bring about a sad smile. Germany is Russia's largest trading partner in Europe, with which the Kremlin simply needs to maintain constructive relations. The only problem that poses a problem for Moscow and Berlin is precisely the American military contingent in Germany and the Pentagon's nuclear arsenal, which has been stored there since the end of the Cold War for possible use in our country. If Washington really withdrew all its warriors and other military infrastructure from the FRG, this could only be welcomed.

However, in practice, things are a little different. Today, there are approximately 36 US troops in Germany. Of these, President Trump is ready to withdraw only 12 thousand, leaving 24 in place. That is, there is no talk of any de-occupation at all. Uncle Sam will continue to use the territory of the Federal Republic of Germany as a bridgehead against Russia, thereby exposing it to a possible retaliatory strike. It remains to figure out where and why the aforementioned 12 thousand American troops are sent.

6400 soldiers will return to the United States, where they can clearly find work, as in November, the "citadel of democracy" is clearly outlining Civil War-2. The remaining 5600 Americans will be deployed to Italy and Belgium to provide security on NATO's southeastern flank, closer to the Black Sea region. In the future, additional forces will be redeployed to Poland, where the headquarters of the newly created 5th corps of the US Ground Forces will be deployed, and to the Baltic States.

All of this may indicate where the Pentagon intends to project its power. The southeastern flank of NATO is the Eastern Mediterranean, where wars in Syria and Libya have been going on for a long time, and there is also a conflict between the participants in the North Atlantic Alliance in the person of Turkey, on the one hand, France and Greece, on the other. The experience of previous world wars shows that Americans always keep up with the end of an armed conflict when it's time to share the spoils.

It is possible that Washington is guided by the same logic when preparing to transfer an additional contingent to Poland and the Baltic states. Poland in general is the most important bridgehead for the United States.

At first, from its territory, together with Lithuania, it is possible to provide a continental blockade of Russian Kaliningrad and to stop the attempts of the RF Ministry of Defense to break through the Suwalki corridor through Belarus. Whether Minsk will remain in alliance with Moscow after the presidential elections is still a big question.

Secondly, from Poland opens up the possibility of transferring reinforcements to neighboring Ukraine. Imagine that Kiev still tries to unleash a war with Russia for the Crimea. Due to the preponderance of forces on the part of Moscow, the Armed Forces of Ukraine will be defeated, and logic demands to move to the Ukrainian capital in order to close this issue once and for all. But in the rear of the Independent will have a NATO grouping, which already now has the legal right to enter the country. The American military and their Eastern European allies will then stand in the way of the Russian soldiers, preventing the total defeat of Independent.

The bottom line is that the US is openly preparing for a possible large redistribution.
Reporterin Yandex News
Reporterin Yandex Zen
7 comments
Information
Dear reader, to leave comments on the publication, you must sign in.