Why Putin May Not Use His Zeroing 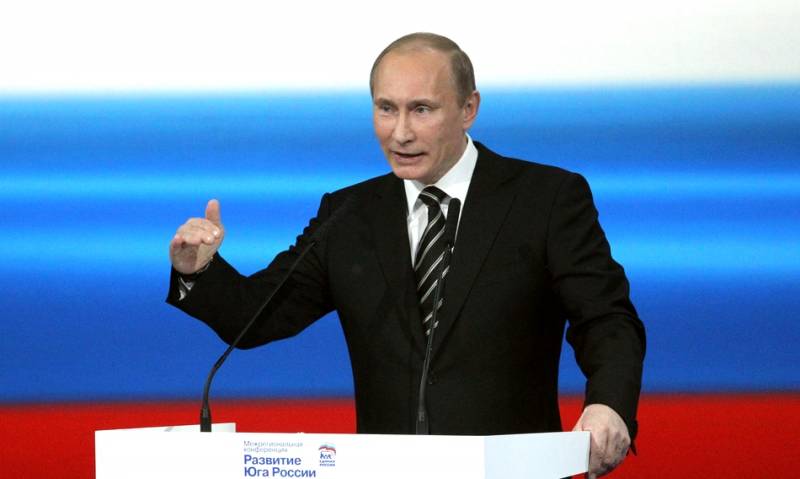 Thanks to the amendments to the Constitution, President Putin has "zeroed out" and will now be able to rule the country until 2036, without looking back at the requirements of the Basic Law on the need for a change of government. Vladimir Vladimirovich himself is not going to retire yet. Despite this, in the United States, the debate about his possible successor unfolded again.


Former Ambassador to Russia John Tefft acted as an expert for the notorious analytical corporation RAND. According to his assessments, expressed in a special report, President Putin will be guided by the opinion of the "clans of Russian elites" leading among themselves political struggle, state security bodies, people and general economic the situation in the country. Why is the US again talking about a "successor", although Vladimir Putin is now entitled to remain in power for another 16 years?

Indeed, the head of state was able to push through amendments to the Constitution of the Russian Federation, giving him wide freedom of action:

At first, he will be able to go for two new presidential terms in 2024, each for 6 years, pretending that there were no previous 24 years in top positions. Given his retirement age, this de facto makes him the ruler of Russia for life.

Secondly, there was also a variant with the State Council, which has now found its consolidation in the Basic Law. For a long time this structure has been considered by political scientists as one of the main options for solving the so-called "problem-2024". Now, under the State Council, it will be possible to adopt any laws and by-laws that would delegate to it any wide powers, including at the expense of the other traditional three branches of government.

Now it will only depend on the will of President Putin whether he leaves in 2024 or remains at the reins of the country in one capacity or another. However, this slender structure is beginning to be influenced by negative factors that threaten it, if not to break it, then to shake it hard.

On the one hand, these are serious economic problems that can “nullify” the entire existing socio-economic model of the country. Due to the coronavirus pandemic and the 6-week "oil war", prices for "black gold" have dropped sharply and may never return to their previous values. Gazprom's energy projects in the EU are under increasing pressure from the United States and other competitors. Europe explicitly states its intention to completely abandon the purchase of fossil fuels in just 30 years. Gas for deliveries to China via the Power of Siberia is no longer enough due to inadequate assessment of the resource of the fields. How the state will fulfill its social obligations to the population is not entirely clear.

On the other hand, events in Khabarovsk they say that even without this the burden of accumulated internal problems of the country is large enough. The protests have been going on for almost a month. Of course, one can see the "hand of the West" in the rocking of the situation, but out of the blue this does not happen. The Far East is Russia in miniature. Yes, protests can be suppressed by detaining activists and introducing quarantine, but if the causes of the problems are not addressed, then a relapse can occur elsewhere.

And here we again return to the report of Mr. Tefft. Being the president of a rich country in its “fat years” is one thing. To be responsible as the first person in the state for the growing wave of socio-economic and political problems is completely different. It is possible that the Kremlin will consider it more expedient in 2024 to transfer Vladimir Putin to the State Council with expanded powers, from where he will be able to ask from others. In this case, the next confidant can put in the role of the head of state with scanty functionality.
Ctrl Enter
Noticed oshЫbku Highlight text and press. Ctrl + Enter
We are
How Ukraine break Putin's plan: six tips Zelensky
Ten "defeats" of Putin
Reporterin Yandex News
Read Reporterin Google News
Ad
The publication is looking for authors in the news and analytical departments. Requirements for applicants: literacy, responsibility, efficiency, inexhaustible creative energy, experience in copywriting or journalism, the ability to quickly analyze text and check facts, write concisely and interestingly on political and economic topics. The work is paid. Contact: [email protected]
15 comments
Information
Dear reader, to leave comments on the publication, you must sign in.