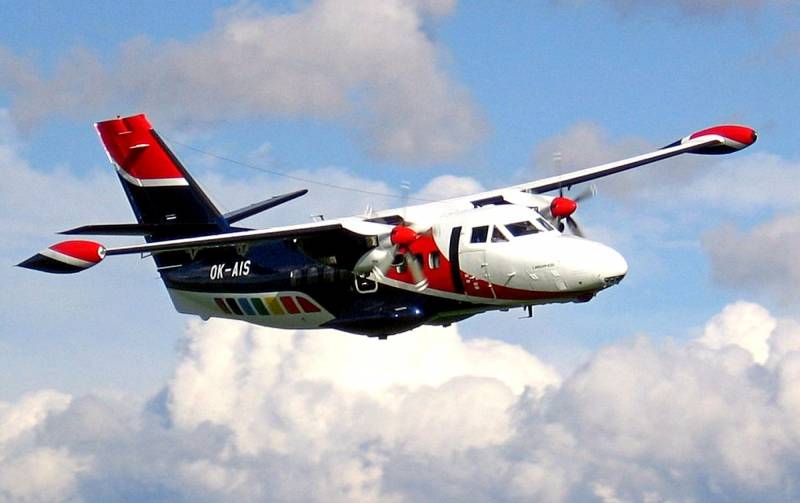 Another new SSJ 100 recently made its maiden flight, and its forced "Russification", caused by the sanctions pressure from the West, continues. In particular, the PD-2023 engine must be certified by 8. Further, other components will be replaced until the aircraft gets rid of foreign components.


However, the Sukhoi Superjet is a Russian project that simply returns to its home harbor. But there is a more interesting story about the Czech L-410, which was chosen as an alternative to the aging An-28 from the Ukrainian Antonov design bureau.

It would seem, again on the same "rake". But, if you look at it, it becomes clear that the aforementioned plane is no longer the Czech one.
The acquaintance of domestic civil aviation with the L-410 "Turbolet" took place back in the 1970s, when the Czechs delivered the first hundred inexpensive short-haul aircraft to the Soviet Union. Subsequently, the USSR purchased 862 more vehicles.

However, the "Czech luck" did not last long. The enterprise barely kept afloat after the collapse of the USSR. And who knows what would have happened if the Russians had not returned.

In 2008, the domestic UMMC acquired a controlling stake in the Czech company. After another 5 years, the company was completely bought out.

The assembly of the L-410 was deployed in Yekaterinburg at the Ural Civil Aviation Plant, and new aircraft began to arrive at the address of Russian airlines. In the future, the aircraft is planned to be equipped with the latest Russian VK-800S engines.

At the same time, the Government continues to subsidize the process of returning our aircraft industry to its home harbor. Another 3 billion rubles were allocated last week. In total, more than 2020 billion rubles are provided for these purposes in 8.

Ctrl Enter
Noticed oshЫbku Highlight text and press. Ctrl + Enter
We are
By 2024, Russia will receive a fundamentally new SSJ 100
SSJ-100 and Su-57 are born here: KnAAZ is presented in all its glory
Reporterin Yandex News
Read Reporterin Google News
Ad
We are open to cooperation with authors in the news and analytical departments. A prerequisite is the ability to quickly analyze the text and check the facts, to write concisely and interestingly on political and economic topics. We offer flexible working hours and regular payments. Please send your responses with examples of work to [email protected]
30 comments
Information
Dear reader, to leave comments on the publication, you must sign in.