Media: Russia will build a copy of the Hagia Sophia in Syria 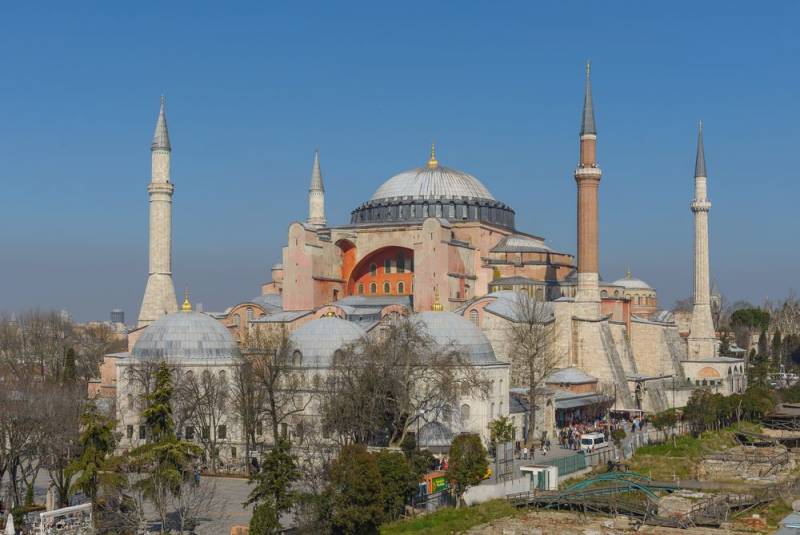 Russia will help build a replica of the Orthodox Cathedral of Hagia Sophia (Wisdom of God) in Syria, after the controversial decision of the Turkish authorities to turn this architectural masterpiece into the Hagia Sophia Grand Mosque, writes the construction-focused publication Global Construction Review.

Now Moscow will help finance the creation of a smaller copy of Hagia Sophia in the Syrian province of Hama. This will be a rebuke from the Russians in relation to the actions of the Turkish leader Recep Tayyip Erdogan.

For the first time, Nabil al-Abdullah, one of the leaders of the Syrian militia, who donated his land for the future construction, spoke about this project. This idea was supported by Bishop of Hama Nikolai Baalbaki of the Orthodox Church of Antioch, and then positively received in the Russian State Duma.

According to Russian deputy Vitaly Milonov, Syria, unlike Turkey, demonstrates a real possibility of peaceful coexistence of Christians and Muslims, where religious buildings have never been transferred from one confession to another.

According to columnist Mohamed Rashid, such a move by the mainly Orthodox militia is a wise decision. This will help strengthen relations with Russia and bring them to a new level.

In turn, the former head of Aleppo's provincial council, Yahya Naanaa, called the construction of an Orthodox church a smart tactic on the part of the militia. This will create a mental connection with fellow Russians.

At the same time, no details about the size of the structure and other characteristics of the project have been provided so far, GCR summed up.
Reporterin Yandex News
Reporterin Yandex Zen
15 comments
Information
Dear reader, to leave comments on the publication, you must sign in.