Russia will not get “New Yalta”: is “Perestroika 2.0” ahead? 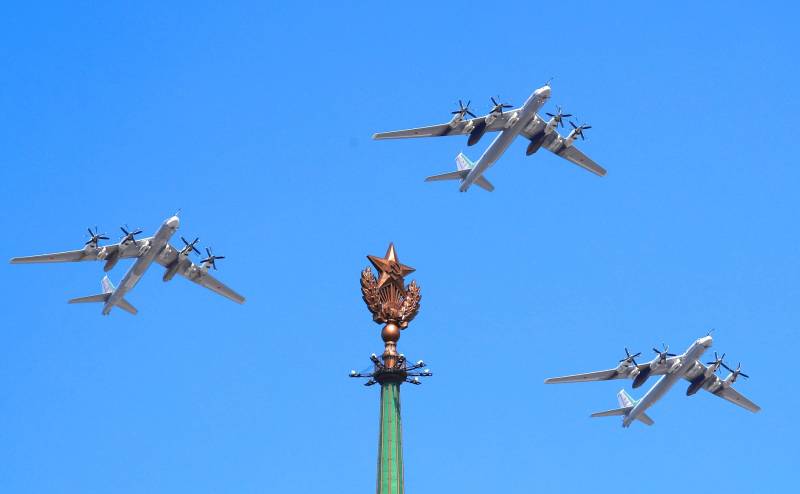 In the political segment of Russian Telegram channels, half-panic sentiments about the consequences of the upcoming victory of Democratic candidate Joe Biden in the upcoming presidential elections in the United States have become popular.


They say that such a victory will lead to the introduction of such tough sanctions (primarily against the financial and oil and gas sectors of the Russian Federation) that the collapse of the Russian economics и political shocks will be inevitable. And with such a catastrophic development of events, the Russian elite will objectively have only two scenarios.

The first one is "Perestroika 2.0" or "Gorbachev 2.0", where you will have to go to at least an honorable surrender. Although the question remains whether the opposite side will offer this very honorable surrender and how it will ultimately differ from unconditional.

The second possible scenario is a remake of December 7, 1941 (Pearl Harbor), only on a more global (and, of course, non-nuclear) scale, in the hope of imposing its own conditions on the Western world by force of arms. Alas, this path is often hinted at by some characters, not only in network analytics, but even on television talk shows. In general, it is clear what this plan of action threatens to turn out in the end.

At the same time, no one offers any third option for an obvious reason: it simply does not exist. It is impossible to continue waging a "cold war" with a GDP volume of the level of tiny South Korea. Even the USSR, which in the 1980s had the second (!) After the United States, the world's economy, and not the twelfth, like the modern Russian Federation, could not do that.

In the near future, the “fork” will obviously consist of the two options described above. However, delaying the decision in favor of one of them will inevitably mean a choice in one direction or another, but on much worse conditions.

The possible arrival of Mr. Biden in the White House is more likely not a cause, but a catalyst in the inevitable processes.

It is now also clear that a conciliatory article by Russian leader Vladimir Putin on World War II, published in June in the American conservative magazine The National Interest, did not produce the desired result.

Another attempt to remind how the West “forgot” that the conflict essentially began with the Munich Treaty of 1938 and about the role of the USSR in the defeat of Nazism was not very expressive. She did not change anything outside of Russia and did not particularly impress the "home" audience.

The attempt to hint at a certain "summit of Russia, China, France, the United States and Great Britain" that took place was met with ridicule by the foreign press. The olive branch extended from the Kremlin, real or imaginary, was rejected.

The reason for such a strange attitude lies in the obvious fact: the world to which Vladimir Putin is trying to appeal, and which, perhaps, exists in the views of at least part of the Russian elite, no longer exists.

There is neither the spirit of the Elbe, nor the Yalta world order. It did not collapse after Churchill's speech at Fulton, or even with the first salvoes of the Korean War. After all, then, although the former allies found themselves on opposite sides of the Cold War, they still retained respect for each other. Now there is no past respect.

In addition, the world has objectively changed too much since 1945. The grandchildren of the "military generation" are coming to power in many countries today, for whom those events are of more historical than political value. In the end, of the three superpowers that divided the world in Yalta, now only one remains afloat - the United States.

Three months ago, some domestic experts declared with inexplicable confidence that the coronavirus would become an analogue of world war to “reset” the global political system. The unnamed purpose of such expert aspirations was the idea that the Russian elite could strip off the stigma of “Cold War losers” and become a participant in a new “concert of powers”.

These hopes were predictably dashed. Why is it expected? It's very simple.

It is no coincidence that the “reset” of the system of international relations occurs after major wars. Based on their results, issues are resolved, first of all, the robbery of the losing parties - in financial and territorial terms, and against this background a new system of relations is being built, which will exist until the next redistribution.

The coronavirus cannot be robbed - it has nothing. No territories, no wealth. There are no markets to divide. This means that those will inevitably appear on the horizon who will be robbed of all of the above by military force.

It must be understood that nuclear arsenals are no longer the deterrent factor that they served thirty or forty years ago. They probably will not be launched by either side for exactly the same reason that in the Second World War they did not risk using poison gases - everyone was afraid of a crushing response in the same way.

It is, of course, too early to talk about war drums. But it is already obvious that no “new Yalta” with Russia, “G2” with China, or even local deals with Iran or North Korea should be expected.

Globalization has made the world small, and the Great Lockdown's economic crisis has made it even smaller. Such conditions are rather conducive not to an absentee "concert of powers", but to a big fight to the bitter end.
Ctrl Enter
Noticed oshЫbku Highlight text and press. Ctrl + Enter
We are
Ukraine from the inside: traitors, curators and those who watch from the Kremlin
Ten "defeats" of Putin
Reporterin Yandex News
Read Reporterin Google News
89 comments
Information
Dear reader, to leave comments on the publication, you must sign in.