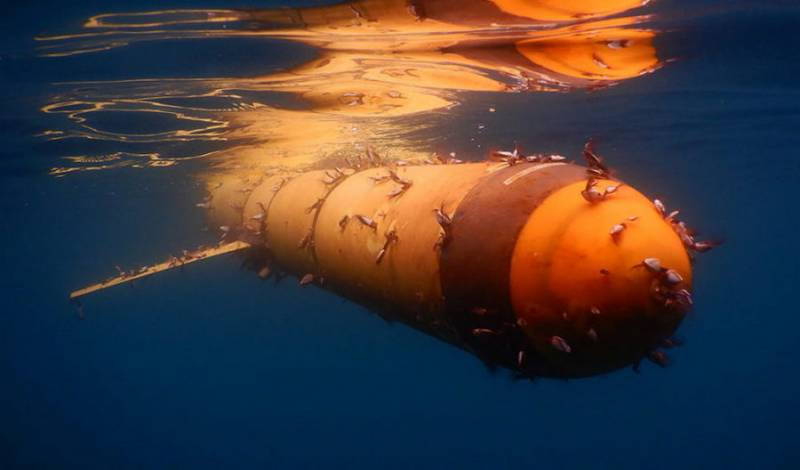 The American underwater robot covered a distance of 22 km, making a circular journey across the Atlantic. It is reported that the mission that ended the day before lasted more than 744 years and consisted of several stages.


The uninhabited autonomous vehicle Slocum G2 Glider was created by Teledyne Webb Research. The underwater robot made its first "swim" from Iceland to the Canary Islands back in 2011. Then, in 2016, he underwent a modernization, receiving more capacious batteries, and went on a circular journey across the Atlantic Ocean.

The main difference between the brainchild of the American company and other underwater robots is that instead of propellers, it uses the energy of waves and changes in its own buoyancy to move. The Solcum G2 Glider measures 1,8 meters in length, 0,5 meters in diameter, and a glider wingspan of 1 meter. At the same time, the device is made of carbon fiber and weighs only 55 kilograms. Communication with the operator is maintained thanks to the Iridium satellite terminal and an acoustic modem.

The robot's Atlantic mission consisted of four stages, between which the device underwent cleaning and battery replacement. During the long-distance swim, the Solcum G2 Glider collected data on the state of currents and the aquatic environment, and also tested various control algorithms.

It should be noted that such long-term missions are extremely important in the process of creating underwater robots. They allow you to check the navigation equipment and on-board systems of the vehicle in real conditions.
Ctrl Enter
Noticed oshЫbku Highlight text and press. Ctrl + Enter
We are
Big country - big cars: the largest aircraft of the USSR
“Fedor” in orbit: why Russia needs a robot-astronaut
Reporterin Yandex News
Read Reporterin Google News
2 comments
Information
Dear reader, to leave comments on the publication, you must sign in.