Big changes in the industry: how Russia opens the skies for its planes 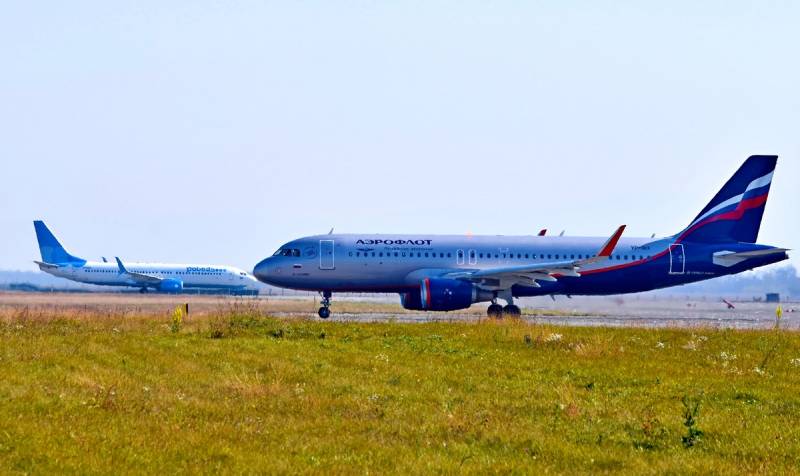 The Russian aviation industry is facing big changes. In this difficult time, the state, in spite of the former liberal-market approach, began to actively support both the aircraft industry and passenger transportation itself. What changes are ahead for us?


First of all, it should be said that Aeroflot will have a new competitor, another state-owned airline, and its "chip" will be the use of domestically produced aircraft, said Deputy Prime Minister Yuri Borisov:

Today, on the basis of the Red Wings company, which belongs to Rostec, a company will be created where the emphasis will be placed on the use of precisely domestic aircraft.

Over the next four years, the air carrier will acquire 16 MC-21 medium-haul liners and 60 Superjet-100 short-haul liners. At the same time, 4 MC-21 aircraft will be equipped with a PD-14 engine, and the remaining 12 - with a PW1400G power plant. Domestic airliners are purchased through the UAC under a leasing scheme, the first 6 Superjets will be delivered to the airline by the end of 2020.

In general, the emergence of a new carrier operating Russian planes is welcome, as is the competition between the two state-owned companies. At the same time, Aeroflot itself will also face big changes.

Also, the Soviet, world-famous Aeroflot brand will be made premium, designed for long-haul transportation. Here the rate will continue to be made on foreign liners. However, in 2026, the modernized wide-body Il-96-400M is expected to appear. It will be possible to increase its competitiveness in comparison with American and European products from 2028, when the promised more efficient PD-35 engine will go into production, which can be installed in two instead of the current four.

In the so-called mass segment, Aeroflot is betting on Pobeda, which has been assigned all commercially viable medium-haul routes. This low-cost airline has been developing very actively recently, thanks to the attractive ticket price tag. The author of the lines, who recently visited both of our capitals, can confirm that at the airports now more than two-thirds of the announcements for the departure account for "Pobeda". True, the carrier prefers to use American Boeing 737-800s as a workhorse a bit unpatriotic.

Another area of ​​Aeroflot's activity is the Rossiya airline. She will fly on low-margin subsidized routes. Here, the carrier relies on domestic liners: it is planned to purchase 85 MC-21 and 150 Superjets. This will probably be the most financially problematic division of the air carrier.

In addition to state-owned companies, private aircraft are beginning to be used more actively. For example, the regional carrier Azimut, little-known to the general public, based in Rostov-on-Don, intends to operate only the Superjets, which the State Transport Leasing Company helps him acquire. The airline has solved the sore point with the after-sales service of a short-haul liner by creating its own warehouse with spare parts at the Platov airport, where it is the base carrier.

Thus, it can be stated that the state really contributes to the development of the air transportation sector and the promotion of products of the domestic aircraft industry.
Reporterin Yandex News
Reporterin Yandex Zen
4 comments
Information
Dear reader, to leave comments on the publication, you must sign in.