Know your place: how the Superjet can cross the MS-21 road 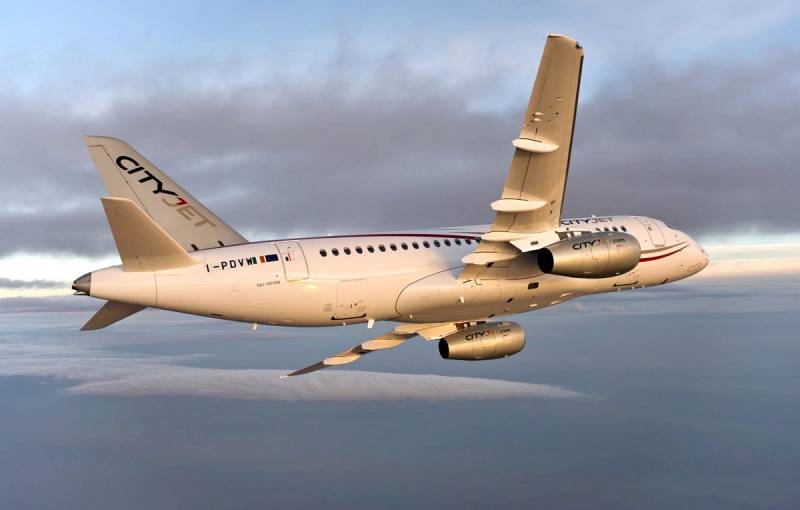 The Sukhoi Civil Aircraft company is considering the possibility of creating an elongated version that can accommodate up to 140 people. It would seem that this is good news, but in the expert environment, it causes a very ambiguous attitude. Let's try to figure out why.


The problems of the SSJ 100 have been known for a long time: this is initially an extremely high share of imported components, and a relatively low resource of the French-developed power plant, and difficulties with after-sales service. The "good news" is that these problems are gradually being addressed, which we are talking about in detail told earlier. But there was only one left, which is able to substitute the bandwagon for another promising Russian aircraft, the MS-21 liner.

Besides technical component, the difficulty in the implementation of the project consisted in a rather unsuccessful choice of the market segment, which SSJ 100 tried to enter. The demand for aircraft with 100 passenger seats is not very high. It is much higher in the 65-75-seat segment or already in the 130-140-seat configuration. Originally, the Superjet was planned to carry exactly 75 passengers, but the cabin capacity was increased to 100 people. Now we are talking about 140 seats, that is, twice as much as the initial project of the short-haul liner. The expediency of this approach is highly questionable.

Vladislav Filev, co-owner of the S7 Group, who was one of the customers of the "short version", explains:

For regional transportation in Russia, we need a car with exactly 75 seats, an analogue of the Soviet regional Tu-134 jet. SSJ75 could be this replacement. In addition, the aircraft was originally designed for 75 seats and in this configuration S7 ordered it back in 2004, but then it was made 100-seat.
Now this air carrier operates Embraer E-170 aircraft with a capacity of 78 passengers, which in practice confirms the demand for such a liner. Experts believe that the SSJ75 would have solved many of the Superjet's design problems: it would reduce the load on the wing and the power plant, which breaks down faster on the 100-seat version. Such a machine would be more loaded on regional routes, and the efficiency of its commercial operation would be higher.

However, for some reason, the UAC, which owns Sukhoi Civil Aircraft, is taking a different path. Development of a shortened version of the Superjet has been paused. Instead, officials from the aircraft industry intend to create an even "longer" modification of the short-haul airliner, actually squeezing it into the medium-haul segment. This automatically leads to a complete overhaul of the aircraft: a more powerful engine is required, a new wing, the fuselage will need to be seriously modified. In fact, we are talking about building a new aircraft at the expense of the federal budget.

The question is, why is this necessary, if in the segment where the Superjet-140 will fit, we are preparing to release a very promising airliner MS-21? Its younger version starts with 132 passenger seats.

Theoretically, we can probably say that "Superjet-140" and MS-21 "wing to wing" will conquer the world market together. But the demand for new liners has now dropped sharply, and it will take a long time to recover. Competition is fierce in the medium-haul segment. Our planes will have a hard time without government support, and the country's financial resources, alas, are not unlimited. To call a spade a spade, the two liners are more likely to compete with each other than with Boeing and Airbus.

It is not excluded that in the hardware struggle for budget funds, the Superjet lobbyists will be able to crush the MS-21. Legends have long been circulating how Mr. Mikhail Pogosyan, being the president of the United Aircraft Corporation, “stamped his feet” on any alternative projects that could compete with SSJ100 for government funding. Its victim has already become a promising Tu-334 for its time, whose train has now left. No matter how it turns out that the MC-21 will be on a starvation diet because of the ambitions of the top managers of Sukhoi Civil Aircraft.

Figuratively speaking, the "Superjet" just needs to know its place: 75-100 passenger seats, and not go into another league.
Ctrl Enter
Noticed oshЫbku Highlight text and press. Ctrl + Enter
We are
"Superjet" is slowly closing: why Russia has forgotten how to build aircraft
Peace enforcement operation. Russia inflicts a preemptive strike on Kiev
Reporterin Yandex News
Read Reporterin Google News
22 comments
Information
Dear reader, to leave comments on the publication, you must sign in.