"Admiral Kasatonov" in service, but it will be replaced by an even more powerful ship 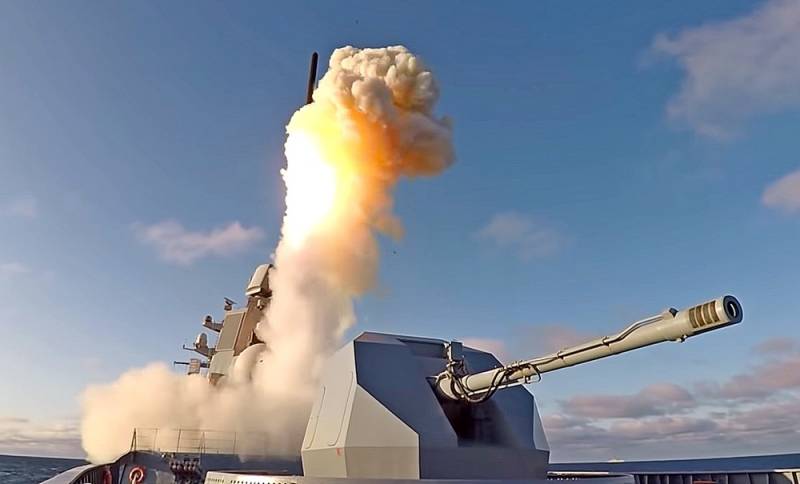 On Sunday, a large naval parade will take place in the northern capital. The brand new frigate "Admiral of the Fleet Kasatonov" will take part in it, on which the St. Andrew's flag was solemnly raised a few days ago. After the festive event, the ship will leave for the place of registration, thereby strengthening the Northern Fleet.


Much attention has been paid to the commissioning of the frigate, since this is happening at a very difficult time for the Russian Navy. Due to the severance of industrial ties with Ukraine in 2014, at this stage it is problematic for Russia to build a surface ship larger than a frigate. After the project of the destroyer "Leader" with a nuclear power plant was shelved, it is obvious that our main warships capable of operating in the far zone will be frigates for the coming decades.

"Admiral Kasatonov" is the second ship of Project 22350, commissioned after "Admiral Gorshkov". Its full displacement is 5500 tons, the speed according to the passport is 29,5 knots, the cruising range is 4500 miles, the autonomy is 30 days. The frigate is quite seriously armed. On board there is a universal shipborne firing complex (UKSK) with 16 cells. From it, "Admiral" can fire at the enemy cruise missiles 3M14 "Caliber-NK", anti-submarine missile-torpedoes 91RT2 of the "Caliber" family, anti-ship missiles 3M55 "Onyx", and in the future and 3M22 "Zircon". The firepower has been supplemented with the 130 mm A-192 artillery mount.

The ship is protected from attacks from the sky by the "Polyment-Redut" anti-aircraft missile system and the "Broadsword" anti-aircraft missile and artillery system. Against submarines, the frigate is armed with the "Packet-NK" torpedo system. Radar equipment is represented by the "Furke-3" radar and the "Monument-M" radar. During the construction of the building used Technology Stealth. There is also a Ka-27 helicopter on board.

All this makes the "Admiral Kasatonov" quite a serious combat unit. He can act both as part of a compound and individually, to strike at surface and ground targets. If hypersonic Zircons are delivered to the frigate, and their characteristics correspond to the declared ones, then “on paper” one of our ships is capable of drowning even an enemy aircraft carrier group.

Unfortunately, in practice, everything is somewhat more complicated. No matter how wonderful the "Admiral" is, he is not a warrior alone in the sea against the AUG. There are not many ships of this rank in the Russian Navy, and they take a very long time to build. The first frigate of the series "Admiral Gorshkov" has been preparing for over 12 years. Kasatonov was founded in 2009, and it was commissioned only last week. The program for the construction of frigates of projects 11356 and 22350 from 2011 to 2020 was actually disrupted: instead of 14 ships, only 5. What is the reason for such a lag?

Those familiar with the problems of the shipbuilding industry name several reasons at once.

At first, during the design of the frigate, some of the weapons systems were simply absent from serial production. For example, there were great difficulties with bringing to mind the naval version of the Polyment-Redut air defense system. Without an air defense system, launching a warship is simply criminal.

Secondly, the factor of "effective private owners" played its negative role. It was in their hands that the shipyard was originally where the ships were laid. Positive shifts began only after the "Severnaya Verf", which turned out to be all in debt, passed into the hands of the state.

Thirdly, in 2014, the bandwagon of Russia was put by Ukraine, which broke contracts for the supply of power plants for frigates. It was necessary to establish the production of engines at the domestic NPO Saturn, which also significantly shifted the delivery date of the ship to the right.

Despite a very long delay, the second frigate of Project 22350 raised the St. Andrew's flag. A total of eight units are planned for the series. These ships will strengthen the surface component of the Russian Navy. Particular hopes are pinned on the so-called "Super-Gorshkov", a frigate of the 22350M series. Its displacement should increase to 7-8,5 thousand tons, cruise missile ammunition - up to 48 units, the number of cells of the Polyment-Redut air defense missile system - up to 96, and instead of one helicopter there will be two on the deck at once. Such a frigate will give the Russian fleet new opportunities for operations in the far sea zone.

Some time ago, there was information in the media that work on the 22350M project was suspended indefinitely, as well as on the Leader destroyer, which saddened many. However, the Severnoye PKB later denied these data, stating that work on the "Super-Gorshkov" continues. It remains to be hoped that this promising project will nevertheless be embodied in metal and in a more reasonable time.
Reporterin Yandex News
Reporterin Yandex Zen
7 comments
Information
Dear reader, to leave comments on the publication, you must sign in.