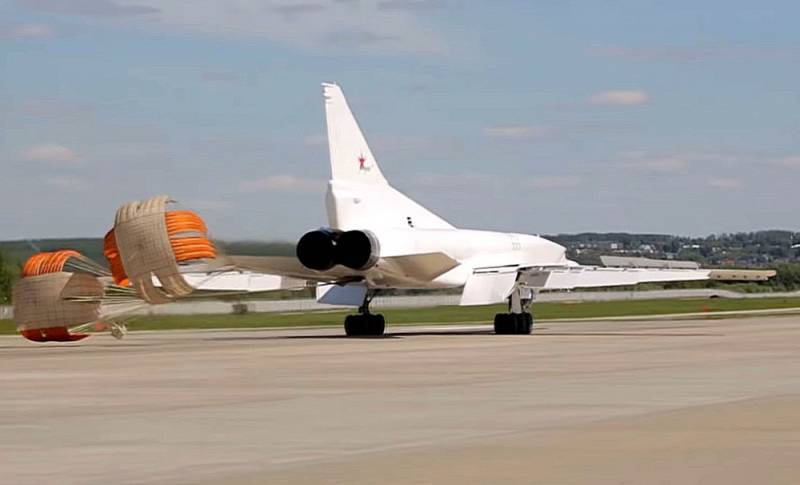 The appearance of the modernized Tu-22M3M bomber on the Crimean peninsula will be an unpleasant surprise for the Americans - the US plans to build up its naval presence in the region will be put to an end. Experts from The National Interest reported on a military aircraft in Russia.


After modernization, the bomber will receive several significant advantages over analogues: improved electronic warfare, as well as the latest equipment that improves navigation accuracy and optimizes technical maintenance of a combat aircraft. Tu-22M3M, as expected, will be armed with hypersonic missiles of the new dagger aircraft complex. Thus, the bomber will be able to successfully resist the ships of a potential enemy in the Black Sea.

US destroyers often go into the Black Sea, and the appearance of the Tu-22M3M in Crimea may be an unpleasant surprise for the US military
- noted in the material The National Interest.


The first advanced aircraft took off two years ago. In 2019, he passed a series of flight tests. The second experienced bomber, which underwent a major improvement, made its first flight in the spring of this year. According to the plans of the Russian authorities, a total of about 30 Tu-22M3 combat aircraft will be modernized. The country's defense department plans to start mass production of this military equipment next year.
Ctrl Enter
Noticed oshЫbku Highlight text and press. Ctrl + Enter
We are
NATO is confident that the Russian "Dagger" will reach the US base in Greenland
The expert revealed the winner in the naval clash between Russia and the United States
Reporterin Yandex News
Read Reporterin Google News
9 comments
Information
Dear reader, to leave comments on the publication, you must sign in.