Powerful electronic activity on the border of the Russian Federation and Ukraine: source unknown 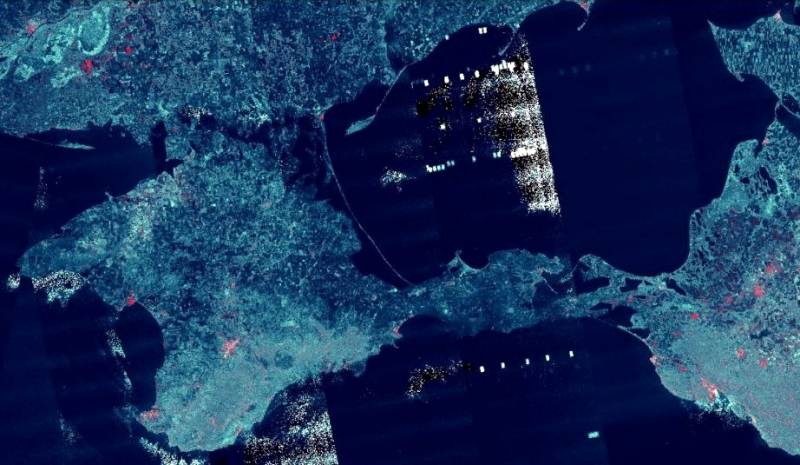 On the border between Russia and Ukraine near the Crimean peninsula, satellites recorded powerful electronic activity. The exact source is unknown, but presumably it comes from the territory of Ukraine. It is believed that the Ukrainian military is attempting to jam the Russian radars in the waters of the Kerch Strait.

Such activities of the Ukrainian armed forces are recorded for the first time. What kind of "jammer" was involved, has not yet been established.

Earlier, the Russian S-400 Triumph air defense missile systems on the peninsula conducted exercises to intercept the alleged enemy’s cruise missiles. Maneuvers were a response to statements from Kiev about the ability of R-360 Neptune missiles to reach Sevastopol.
Ctrl Enter
Noticed oshЫbku Highlight text and press. Ctrl + Enter
We are
“Only damaged”: the Ministry of Defense contested the words of Erdogan about the eight destroyed “Shells”
Turchinov: Ukraine will destroy the Crimean bridge in minutes
Reporterin Yandex News
Read Reporterin Google News
8 comments
Information
Dear reader, to leave comments on the publication, you must sign in.