Russian submarine fleet may be locked in the Black Sea 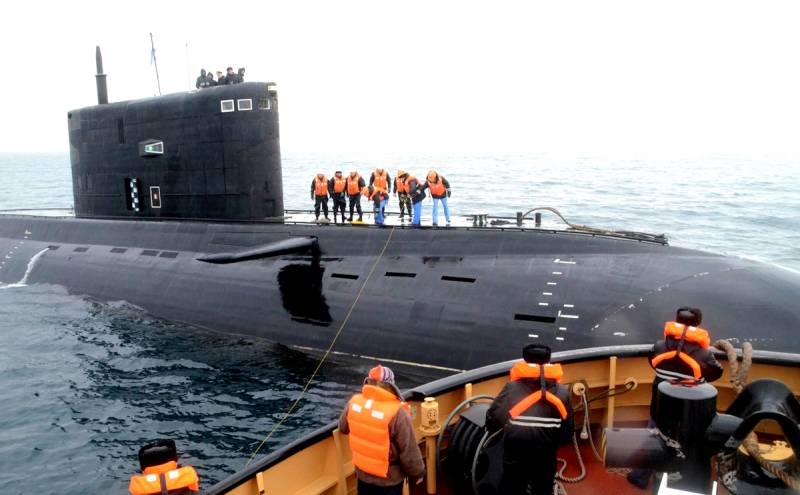 The Russian submarine fleet may be locked in the Black Sea. In any case, the US military is calling for Turkey to do this. Unfortunately, there are some formal reasons for this, and our Black Sea Fleet in this matter will depend on the grace of the "Sultan Recep."


As you know, the status of the Bosporus and Dardanelles was defined by the Montreux Convention. According to her, the Black Sea powers, to which Russia belongs, have the right to navigate through these waterways any warships, except submarines, with the exception of those cases when it is required to undergo a scheduled repair or renewal of the fleet. It was the regular passage of Russian submarines through the Turkish Straits and the Mediterranean Sea for repairs to St. Petersburg and back to the Black Sea that became the problem.

It is no secret that the United States and its NATO allies completely dominate the Mediterranean. But, starting in 2014, the situation has changed somewhat. Relations with the West escalated, and Russia entered the war in Syria on the side of official Damascus. Our diesel-electric submarines “frequented” with repairs and began to spend a lot of time near the Syrian coast. At the same time, on the way to the place of registration, “Rostov-on-Don” and “Krasnodar” managed to shoot “Caliber” at anti-government terrorist groups operating in the SAR. It was these cruise missiles that caused some concern in NATO.

James Foggo, Commander of the US Forces in Europe and Africa, said:

A Kilo class submarine can go anywhere in European waters and hit any European or North African Capitol from under water. You do not see what is happening.
“Kilo” is the NATO classification of our diesel-electric missile defense projects “Halibut” and “Varshavyanka”. Their main advantage is low noise, for which the submarines received the nickname "black hole" in the Western press, as well as their weapons. Mr. Foggo is right, “Caliber” from the Mediterranean can really hit targets in the Old World, and in Africa, and in the Middle East. If necessary.

Of course, in such a "transitory" way, holding a lot of diesel-electric submarines in that region will not work much, but such a modest amount is enough to cause concern among the US military. Western experts are demanding that Russia comply with the requirements of the Convention and transfer its submarines through the straits to the repair site without undue delay. Otherwise, in their opinion, Ankara could close the Bosporus and Dardanelles to domestic submarines. Will Turkey do it?

The question is very controversial. On the one hand, President Erdogan calls his colleague Putin “a friend.” On the other hand, Turkey and Russia are on opposite sides in two regional conflicts in the Middle East and Africa: in Syria and Libya, respectively. If the "Sultan" wants, he may well recoup on our submariners. Unfortunately, formally he will be right. Russia clearly needs its own naval base in the Mediterranean and a reliable rear in the form of a strong ally in whose territory it will be located.
Ctrl Enter
Noticed oshЫbku Highlight text and press. Ctrl + Enter
We are
Putin's departure: how to prevent the collapse of Russia's foreign policy
Ten "defeats" of Putin
Reporterin Yandex News
Read Reporterin Google News
22 comments
Information
Dear reader, to leave comments on the publication, you must sign in.