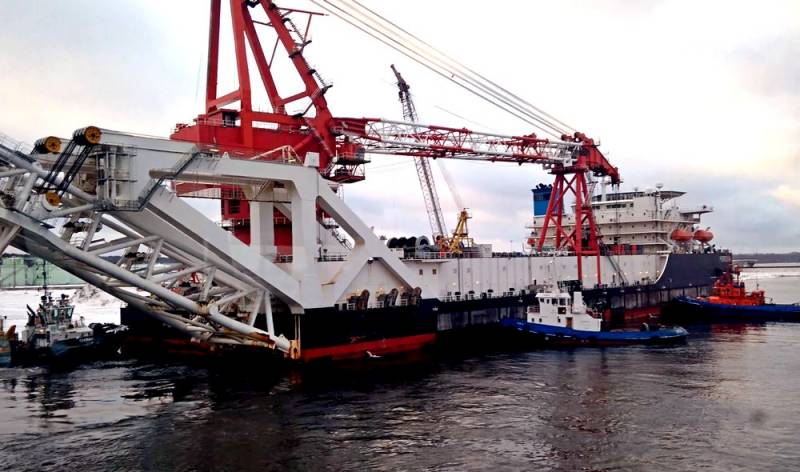 There are many signs that Gazprom will soon begin completing the Nord Stream-2 gas pipeline and, contrary to the expectations of many opponents of this project, cod spawning will not prevent this, writes the Polish publication BiznesAlert.


On June 5, 2020, Nord Stream 2 AG, the operator of SP-2, filed an application with the Danish Energy Agency (DEA) to amend the building permit issued on October 30, 2019. On July 6, 2020, the DEA authorized pipe-laying vessels with anchor positioning in exceptional economic zone of Denmark.

Issuance by Denmark of permission to use these vessels actually concerns only one Fortuna pipe-laying barge. This is the only such vessel in the Baltic Sea owned by Mezhregiontruboprovodstroy OJSC (MRTS OJSC) and capable of completing the gas pipeline. TUB “Fortuna” does not have a dynamic positioning system (DP), like the crane-assembly pipe-laying vessel “Academic Chersky”, and a system of 12 anchors is used to stabilize it. TUB "Fortuna" has already taken part in the construction of a gas pipeline on the Russian shelf, laying 26 km of pipes.

Previously, the Danes forbade the use of ships with anchor positioning for fears that this could lead to explosions of unexploded ordnance at the bottom of the sea remaining after World War II. Now the Danes have stated that work will be carried out outside the area where trawling is undesirable and the marine environment will not be affected by various toxic (poisonous) substances.

The Russians simply did not leave Copenhagen with a choice, for the DEA should approach the matter openly, in strict accordance with the UN Convention on the Law of the Sea and not impede the laying of pipelines and submarine cables. In addition, before that, the Danes themselves set a precedent by allowing the use of such vessels in 2010, when the Nord Stream-1 project was being implemented.

Then the construction of both pipelines was carried out by the Castoro Sei vessel, the Italian concern Saipem, which, like the Fortuna TUB, has anchor positioning and is not equipped with a DP system. Therefore, in case of refusal to issue a permit, Copenhagen could receive a lawsuit from investors for a very large amount.
Reporterin Yandex News
Reporterin Yandex Zen
Information
Dear reader, to leave comments on the publication, you must sign in.