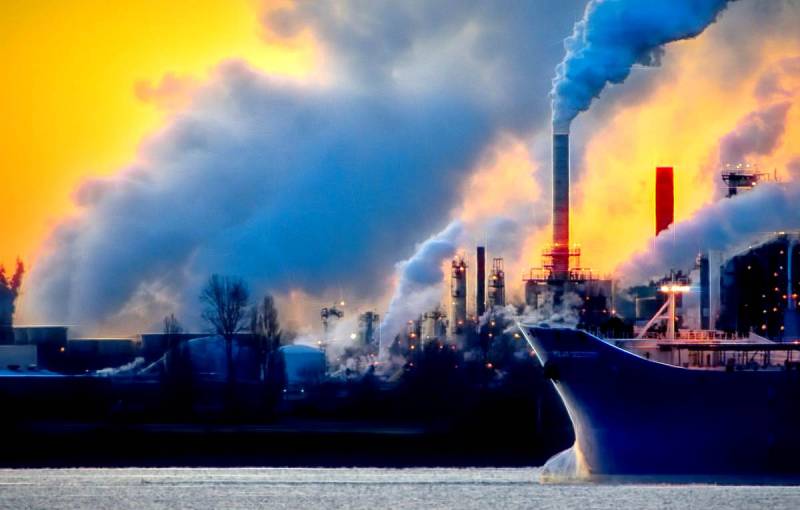 A new trade war begins in the world. This time, the EU itself initiates it against the rest of the world, and the United States, China, India, Russia and other developing countries will be under attack. As it is now fashionable, fussing for selfish interests is packaged in a "struggle for the environment."


After heading the European Union last year, Ursula von der Leyen has formulated a plan economic and the ecological transformation of the Old World called the European Green Deal. According to him, due to the restructuring of industry, the EU countries in 30 years should achieve zero carbon emissions. This, in turn, should supposedly slow down the process of climate change. Sounds great, but on closer examination, it turns out that good endeavors to "save the Earth" have much more "down to earth" motives.

The main complaint of European ecologists is that during the extraction of natural resources and the operation of industrial enterprises, the combustion of hydrocarbons (oil, gas, coal) occurs. The carbon dioxide generated by this is blamed by ecologists for the formation of the greenhouse effect, which leads to a warming atmosphere. However, there is another point of view according to which methane, which is lighter than air, unlike carbon dioxide, is the main source of danger. But it turned out to be more profitable to gang up on the latter, since this is an excellent tool for putting pressure on competitors.

Who are these competitors of the Old World? First of all, it is China, the USA and Russia. One of the competitive advantages, for example, of China, as well as a number of other countries of Southeast Asia, is not only cheap labor, but also the use of dirty and cheap coal energy. For this reason, Chinese products are cheaper than European ones. In Russia, two times more carbon dioxide is emitted during oil and gas production than in Saudi Arabia. Carbon dioxide is also produced during the operation of ferrous metallurgy enterprises. What is the catch?

As part of the implementation of the idea of ​​a new EU head, the so-called “carbon tax” should be introduced in the Old World. Tradable CO2 quotas were established by the Paris Climate Agreement in 2015. Apparently, it was a “trial ball”. Now it is the turn to introduce fees for burning fossil fuels in industrial production. According to the publication Die Presse, it will be 30 euros per ton. Of course, the Europeans were outraged about this, because this puts them in an even less favorable position. Ursula von der Leyen herself said:

What is the point of reducing greenhouse gas emissions at home if we increase CO2 imports from abroad? This is not only a matter of climate, but also of justice in relation to our enterprises and employees. We will protect them from unfair competition.
And here the key question is what is considered fair and unfair competition. Even in the US, Treasury Secretary Stephen Mnuchin called it a “hardworking tax”. If this initiative of Europe caused such indignation among the "hegemon", then what about the others? One of the most affected countries may end up being Russia.

As already mentioned, the production of hydrocarbons, which is the basis of our exports, emits twice as much carbon dioxide as in competing Saudi Arabia. That is, our oil industry and Gazprom are automatically in a losing position. Domestic metallurgists, who emit CO2 into the atmosphere during production, will also suffer. It turns out that the basis of Russian exports to the most important European market is under attack. Losses will be colossal. KPMG analysts estimate that if a carbon tax is introduced in 2025, the additional costs of our exporters will be 35 billion euros by 2030. If the tax is introduced in 2022, then you will have to pay all 50 billion euros.

The starting point can be considered 2015, when the Paris climate agreement was signed, signed by the Russian leadership in 2016. The following year, 2017, President-elect Donald Trump withdrew from this international treaty, stating:

The withdrawal from the agreement corresponds to the selected policy "America First."

Yes, you need to think well what and why you sign, and be able to "jump" in a timely manner.
Ctrl Enter
Noticed oshЫbku Highlight text and press. Ctrl + Enter
We are
Russia and oil: why the current crisis is the best option
Peace enforcement operation. Russia inflicts a preemptive strike on Kiev
Reporterin Yandex News
Read Reporterin Google News
16 comments
Information
Dear reader, to leave comments on the publication, you must sign in.