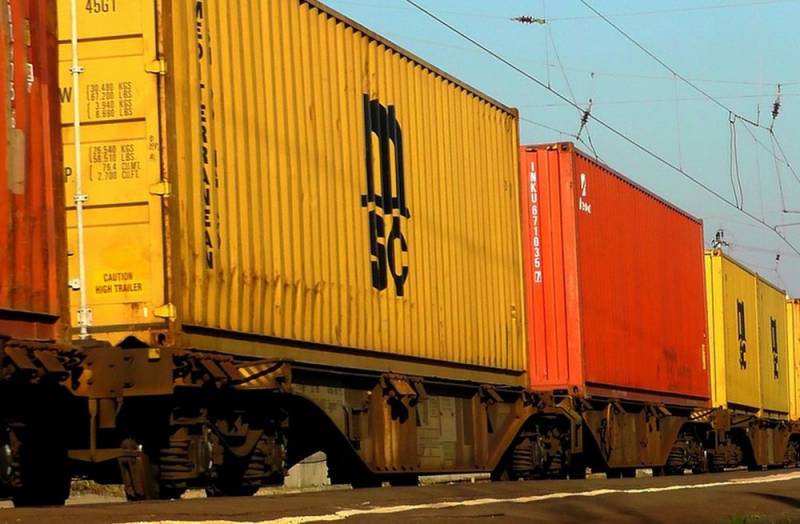 
The agency notes that this achievement during the COVID-19 pandemic was a counterargument for all skeptics who doubted economic the appropriateness of such a winding route from China to Europe. The following companies are participants in the Trans-Caspian International Transport Route (TMTM): ADY Container LLC (Azerbaijan), KTZ Express (Kazakhstan), GR Logistics (Georgia) and Pacific Eurasia Logistics (Turkey).

It is emphasized that the train Xi'an (Shaanxi Province, China) - Izmit (Turkey) crossed the route in an impressively short time. However, the agency did not mention the total time spent on the train. It only clarifies that the train passed the distance from the port of Baku (Azerbaijan) to the Boyuk-Kiasik station (Azerbaijan) in 14 hours, and not in 24 hours, as before. The next achievement was overcoming the territory of Turkey to the city of Izmit in 50 hours, and not in 70, as the previous time.

We remind you that before this, on April 15, 2020, this route was directed composition in which there were 41 containers. He had to overcome a distance of 6,7 thousand km in 16 days.
Ctrl Enter
Noticed oshЫbku Highlight text and press. Ctrl + Enter
We are
“New Silk Road” on the contrary: Poland will launch a freight train through Russia to China
Kazakhstan launched Trans-Caspian corridor bypassing Russia
Reporterin Yandex News
Read Reporterin Google News
15 comments
Information
Dear reader, to leave comments on the publication, you must sign in.