President Zelensky destined to end the economy of Ukraine 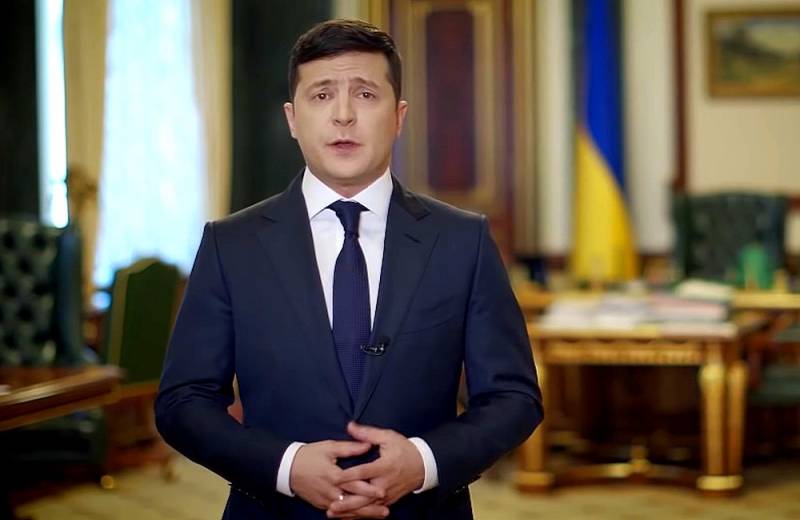 Only a few decades ago, Ukraine had a powerful economic potential; a third of Soviet industry was located on its territory. For less than thirty years, “reformers”, privatizers, corrupt officials, “effective managers”, oligarchs and simply outright thieves have almost completely ruined the once prosperous union republic. The share of the "servant of the Ukrainian people" now has fallen to take from him the last - the land.


For objectivity, we note that similar processes are taking place in our country, but the safety margin of Russia is higher than that of Nezalezhnaya. In Ukraine, degradation has been raised to a degree. It’s very fashionable in Kiev to blame Russia as the cause of all ills, but the truth is that the Ukrainian the economy destroyed their own authorities with the active participation of local greedy oligarchs. And this applies not only to industry, but in general everything that can generate income.

For example, Kiev got about 22 thousand kilometers of railways. Here is what the then Prime Minister of Independent Alexei Goncharuk said last year about this:

We have 90% exhausted "Ukrzaliznytsya" due to the efforts of corrupt officials, stupid managers and leaders. The railway that you see now is indeed almost destroyed, its condition is critical.
The railway network itself is worn out, there is a shortage of rolling stock, which "is being replenished" due to American wagons bought with a triple mark-up, which is difficult not to see the corruption component. About the "total corruption" and spoke personally ex-head of the cabinet. But the authorities themselves, to put it mildly, do not contribute to the development of national infrastructure by imposing additional taxes on the land of Ukrzaliznytsia under the railways.

We have to recall with bitterness the history of the Black Sea Shipping Company, created back in the days of the Russian Empire. By the time of the collapse of the USSR, it numbered almost four hundred vessels, which made it one of the largest in the world. After the division, the shipping company’s assets were transferred to Ukromorflot, but almost immediately, in 1992, its condition became critical, and dozens of ships began to be decommissioned. The reorganization did not help, so the then President Kuchma allowed the transfer of ships to foreign intermediary companies registered in offshore. And it began ...

A foreign company was created for each merchant ship of the shipping company and freight was arranged. After that, the Black Sea vessels began to be arrested in foreign ports because of artificially created shipping company debts. Under this frankly corrupt scheme, the entire Ukrainian merchant fleet was sold out for symbolic money. To date, Kiev has remained at the disposal of several hundred only 1 (one!) Ship. In former times, everyone involved would have been put on the wall with confiscation, but not in Ukraine.

How local “effective managers” and oligarchs were tearing and ruining Ukrainian industry - this is a topic that deserves a separate discussion. But a truly finishing blow was dealt to her in 2014. After the Maidan, Kiev broke production chains with Russia, leaving its enterprises without a traditional sales market. Because of this, the famous Yuzhmash is now bent, the state-owned enterprise Antonov is in a deep crisis. Apparently, the authorities intend to de facto liquidate the aircraft manufacturer by starting the process of transferring its capacities from Kiev to the region. This is done for the sake of the expensive capital land needed by the oligarchs for commercial development. Whether production of aircraft at a new location will be launched with the current level of corruption and general incompetence is a big question. Most likely, the transfer of “Antonov” to a new place will be his swan song, turning into a financial black hole.

The final burial of the Ukrainian economy is destined for President Vladimir Zelensky. Under pressure from Western IMF financiers, he was selling a law authorizing the sale of land. Under this normative act, banks will receive the right to collect land plots as collateral with subsequent sale. The issue of the right of foreigners to acquire Ukrainian black soil should be resolved at a popular referendum. Apparently, that’s how Vladimir Alexandrovich covered himself with “one place”.
Reporterin Yandex News
Reporterin Yandex Zen
23 comments
Information
Dear reader, to leave comments on the publication, you must sign in.