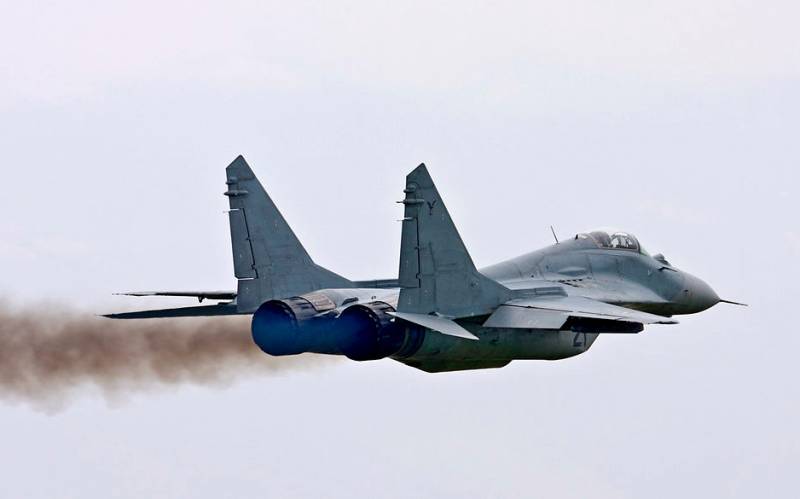 The situation in Libya is again beginning to change dramatically. Apparently, the inconsistent international coalition has already worked out a consolidated response to the “cavalry attack” of President Erdogan in Tripoli and further to the “oil crescent” and is ready to moderate the ambitions of the newly-emerged “Sultan”.


According to the Greek publication Topontiki, “Unknown Aviation”, represented by Su-24 and MiG-29 aircraft, brutally bombed a Turkish military convoy near Misurata, where supporters of the PNS Faiz Saraj dug in. According to media reports, more than three dozen Turks and pro-Turkish militants, who were transferred to them from Syria to help, were killed, and more than fifty units were destroyed equipment. In addition, more recently, the LAA of Khalifa Haftar, which had been beaten to pieces, began to relocate to Sirt. Note that it was this strategically important port city that Egypt called the “red line” that the Turks and PNS militants are not allowed to cross.

It seems that France, Egypt, the UAE, Saudi Arabia, Greece and Russia were able to develop a common strategy to counter the neo-Ottoman attempts of Turkey. Ankara alone wanted to bite off too much in the territory of the former Libya. The LNA representative explains:

Erdogan wants to continue military operations until he takes control of the entire region of the "oil crescent", and only after that he will negotiate.
Libyan oil is of high quality, and its deposits are extremely conveniently located off the coast of the Mediterranean Sea, which simplifies its export. In addition to this, President Erdogan, in exchange for military assistance, knocked out the signing of the Memorial of Tripoli from the official Tripoli in favor of Turkey, which immediately crossed the road to many regional players interested in implementing energy projects in the Eastern Mediterranean.

Finally, it will be useful mention about the imperial ambitions of the "Sultan." Libya is a former province of the Ottoman Empire. Taking control of the key territories on it and deploying military bases and pro-Turkish jihadist militants there, Ankara could in the future begin to rock the situation in neighboring Egypt, where the Muslim Brotherhood’s positions are still strong, and after establishing a regime loyal to itself, move on, stringing on its geopolitical necklace other Arab countries rich in hydrocarbons, once owned by the Ottomans.

It is clear that such agility of the "Sultan" caused an extremely negative reaction of neighbors in the region, as well as in France and Russia. Apparently, as the "infantry" against the Turks and jihadist militants will continue to be used LNA, backed by the Egyptian army. Cairo has already received an invitation from the Libyan Parliament. Support for Egypt was announced by Saudi Arabia and the UAE, which have large financial resources. It should be noted that it was possible to deprive the Turks of air superiority due to Russian-made Buk-M2E air defense systems, which began to actively shoot down Erdogan's UAVs.

Officially, Moscow is not involved in the conflict, however, it has long been known about the participation of fighters of the Wagner PMC on the side of Khalifa Haftar. Some time ago, the arrival in Libya of "unknown aircraft" of Russian production without identification marks was reported. Moreover, the aircraft were placed extremely successfully at Gaddafi's former military base in Al-Jufra. Here is what CSIS (The Center for Strategic and International Studies) analytical center writes on this subject:

The Russians are making al-Dzhufr an analogue of the Syrian base Khmeimim, with the Pantsir-C1 air defense system and anti-aircraft artillery deployed on the north side, most likely to protect against Turkish air strikes.
The distinctive contours of the anti-Turkish international bloc are emerging. A powerful army and navy are on the side of Ankara, but the long logistical shoulder will be the problem of supplying the group in North Africa. Another trump card of Erdogan is the official invitation of the Government of National Accord. But it can be beaten if the informal anti-Turkish coalition guess to question the legitimacy of the PNS of Saraj himself, who is fighting against his people. After this, the agreements and memorandums signed with Ankara will turn into a filinka letter, and the Turks will become invaders.

President Erdogan’s “Libyan campaign” is beginning to look more like a gamble that may not end very well for Turkey itself.
Ctrl Enter
Noticed oshЫbku Highlight text and press. Ctrl + Enter
We are
"Unknown Aviation" began to fight with the Turks in Libya
On the verge of intervention: Why Haftaru should not be delayed with the capture of Tripoli
Reporterin Yandex News
Read Reporterin Google News
21 comment
Information
Dear reader, to leave comments on the publication, you must sign in.