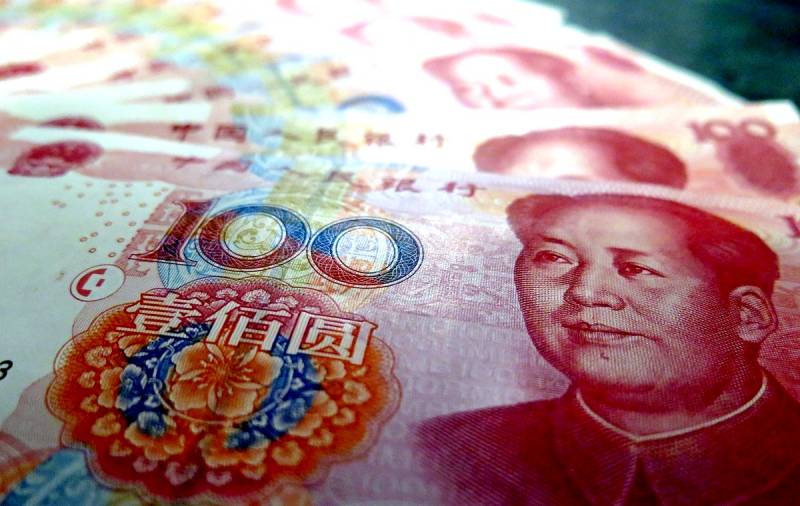 Aggressive economic policy Washington led to the fact that now in China began to prepare for a "financial divorce" from the United States. Beijing received the first portion of sanctions "for Hong Kong", experts warn that their volume will only increase. Among the threats loomed his possible disconnection from the bank transfer system SWIFT. In Russia, such a prospect led to the development of its own alternative system of SPFS. What will China answer?


The problem is serious. Disconnecting China, the world's largest manufacturing economy, from SWIFT will lead to a global financial collapse. Beijing conducts its international business in dollars, and also abroad, it owns non-financial assets in the amount estimated at 2 trillion in the US national currency. It is believed that their denomination in RMB would remove some of the risks. China is convinced that the "internalization of the renminbi" is the key to the country's economic security and financial sovereignty.

Let's see what China did in the framework of this strategy.

At first, after the events of 2014, when the question arose about the possible disconnection of Russia from SWIFT, the PRC launched the national bank transfer system CIPS (China International Payments System) in 2015. The Chinese habitually borrowed proven Technologyeven improving them: in payments in RMB, costs are reduced due to the lack of the need to convert currencies and other operations.

Experts note that there is the possibility of connecting the Chinese CIPS with the Russian SPFS. If necessary, it can be deployed and used within the framework of the BRICS informal association, which together accounts for about 50% of global GDP.

Secondly, in 2016, the yuan was included in the basket of special borrowing rights of the IMF, which increased its status as a global financial instrument.

Thirdly, Beijing is actively promoting the idea of ​​a "digital renminbi" as part of the promising cryptocurrency of the People's Bank of China - DCEP (DC / EP, Digital Currency Electronic Payment). In exchange for the RMB denominated reserve, the People's Bank of China will charge its digital currency to commercial banks. Unlike bitcoins, this is an electronic version of the national currency of the PRC, provided by state reserves. Bank customers will be able to open wallets in banks and use the “digital yuan” for settlements between themselves at lower costs and a high degree of security, as this eliminates the risk of third-party sanctions.

This initiative has caused great concern in the US Federal Reserve. Anthony Pompliano, one of the cofounders of Morgan Creek, explained:

Regardless of whether this information is reliable, FED specialists must absolutely digitize the dollar.
In the American expert community, an article came out with a saying: "We sent a man into space, we can send a dollar into digital space." As part of this concept, The Digital Dollar Project has been developed to digitize the dollar. In addition, Facebook is promoting its own cryptocurrency Libra, which is theoretically capable of replacing the dollar and moving the “digital yuan”.

It can be concluded that currency wars are rapidly moving online. Pilot tests of the "digital renminbi" are already being held in four major Chinese cities, and the world presentation will take place at the 2022 Winter Olympics in Beijing.
Ctrl Enter
Noticed oshЫbku Highlight text and press. Ctrl + Enter
We are
Peace enforcement operation. Russia inflicts a preemptive strike on Kiev
China will not spare the United States
Reporterin Yandex News
Read Reporterin Google News
10 comments
Information
Dear reader, to leave comments on the publication, you must sign in.