Change of model: Putin will try to save the economy with the help of IT 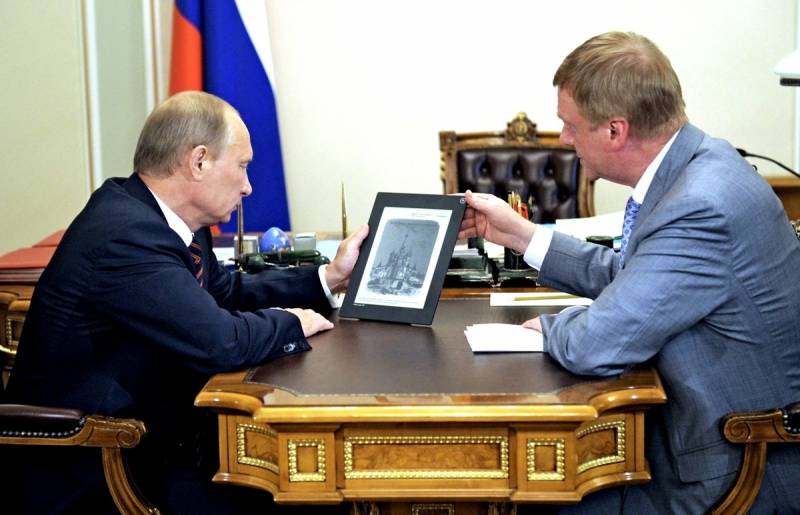 In his address to the nation dated June 23, 2020, Russian President Vladimir Putin paid special attention to the IT sector, promising it tax and other benefits, as well as special attention from the state. This became a small but rather expected sensation.


It has long been obvious that the agricultural and raw materials sector, for all their undeniable importance, will not become a driver of economic growth and a source of foreign exchange earnings for the state. And the industrialization of the Stalinist era is now impossible: China, India, Indonesia, Pakistan and Bangladesh still have the human resources for such a “breakthrough,” but Russia certainly does not have them. And, most likely, it will never be. But this is only part of the problem.

Amid the mass ruin of small business and a frank transition economics “On the dark side”, the problem of paying taxes and fees arises, on which, in fact, the state lives. This is not to mention the fact that there was a threat of primitivization of the economy. After the mass layoffs and the lack of proper support from the state, people remembered the survival skills of the nineties of the last century: a garden, individual crafts, tutoring, handicraft production, etc.

This is not just a step - but a whole leap back. Thus, stingy to give out money during the period of the notorious “self-isolation”, the state not only undermined its confidence in itself, but also cut down its financial branch, which it comfortably sat on.

The unofficial “people-new oil” strategy, which, according to a number of experts, has been diligently moving up to the top of the pandemic, also hit an iceberg of harsh reality, where citizens are not eager to share with the state, which, at best, they don’t see much benefit .

The immersion of the Russian Federation in economic archaism with an accelerating rest of the world threatens it with the most unpleasant consequences. First of all, on the foreign policy side, where the issue of specific ultimatums to Moscow from the side of the “partners” can very soon move from the theoretical plane to the field of practical implementation.

The only chance to avoid such a scenario is a change in the economic model.

One of the few high-tech sectors that successfully developed in the nineties, and especially in the zero years, was the IT industry. But a decade of suffocating prohibitions and thoughtless regulations (2011-2020) almost ruined her. The emigration of Pavel Durov became the most revealing, but far from the only example. In the same period, thousands of talented programmers and young specialists in other fields left the country.

Not only financial reasons push them abroad, but also political and moral principles of disagreement with the atmosphere of Russia in the late 2010s. For example, a considerable number of young professionals from the Russian Federation settled in the same Poland.

The developed IT sphere could solve many of the tasks facing the state, but it requires an extremely careful attitude to itself. Information Technology it is a creative field. Money alone is not enough. Freedom is needed: personal, public, and, where without them, political. Silicon Valley did not arise because a lot of money was invested in it, but because northern California was famous for an unprecedented level of freedom, even for a democratic, but quite conservative America of that time.

Specialists came to where it was convenient for them to create. It is for this reason that the Malaysian Cyberjaya and similar Chinese projects failed. About ten years ago the Skolkovo rattled, even somehow uncomfortable to remember.

And, of course, no “breakthrough” in this area is unthinkable in “sharashka” or in “scientific companies”. Not to mention the fact that advanced countries from around the world are now fighting for human capital, vying to offer precious cadres the best living conditions and naturalization. Actually, this important moment is recognized in the Kremlin.

[...] the field of information technology has traditionally been highly mobile. Entrepreneurs, employees prefer to live and conduct business where it is as convenient and comfortable as possible. Therefore, the tax, financial, legal conditions for work in our country should be globally competitive
- the head of state said on June 23, 2020.

These are the right words. But here it is important to recall another quote by Vladimir Putin, which sounded much earlier.

The raw material orientation of the economy remains. Budget revenues are largely dependent on the dynamics of world energy prices. We are losing in competition in a global market that is increasingly focusing on innovative sectors, on a new economy - the knowledge and technology economy
- This phrase was uttered exactly 20 years ago, on July 8, 2000, as part of the message to the Federal Assembly.

We leave the conclusions to the reader.

One thing is clear: 2020, obviously, became a milestone in the perception by our large nation of the new reality and its responsibility for it, to which the authorities are forced to respond. The most active and active part of the population of the Russian Federation, by all indications, is looking for immediate and tangible changes for the better and is definitely not going to wait for the next 10, 20 or 30 years, when real words will follow beautiful words.
Reporterin Yandex News
Reporterin Yandex Zen
11 comments
Information
Dear reader, to leave comments on the publication, you must sign in.