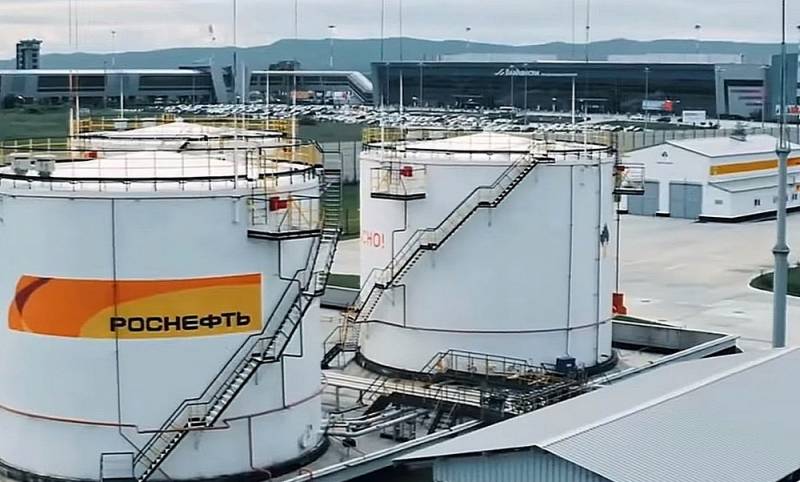 Russia is one of the largest producers of "black gold" in the world. However, last spring, the "oil war" demonstrated its vulnerability. Unlike direct competitors, domestic opportunities for storing already extracted oil are extremely poorly developed. Does this mean that now it is necessary to build additional oil storage facilities to avoid problems in the future?


The Russian Gas Society came up with a proposal to create a national system of backup storage facilities capable of accepting up to 10% of the total annual production:

Under these conditions, the strategic importance of oil storage facilities has increased sharply and those countries in which such oil storage systems are well developed, in particular the USA and Saudi Arabia, have become more advantageous.
The Ministry of Energy of the Russian Federation reports that they have begun to study this initiative. Indeed, the reserve of Rosneftegaz holds about 15 million barrels. During the price won with Saudi Arabia, it was necessary to use not only all the technical capacities of oil companies, but also Russian Railways tanks. Compared to other countries, we look a bit pale in this matter.

For example, the United States has the largest strategic oil reserve, nearly 700 million barrels. In this matter, the Americans were surprisingly lucky. Not far from the Gulf of Mexico, where mining is active and there is all the necessary infrastructure, four giant underground storage facilities (SPRs) have been made in the so-called salt domes. Their creation cost the United States several billion dollars, but they did not stint, taught by the 1973 fuel crisis. Then the Middle East countries stopped exporting oil, and the price of gasoline at gas stations increased several times. After that, Washington decided to ensure its energy independence from the whims of suppliers, as stated on the government website:

The gigantic dimensions of the SPR make it an effective means of preventing disruptions in oil imports and one of the key foreign instruments policy.
Salt domes are impervious to oil, but they are also unstable, the maintenance of storage facilities is rather complicated, and costs about $ 200 million a year. All technical operations have to be carried out remotely. Reserves have already helped Americans out several times: during the Gulf War, after Hurricane Katrina, and now, during the recent “oil war” between Russia and Saudi Arabia. As for Riyadh, it also has significant reserves both in the country and abroad, in addition, it has a large tanker fleet. They also came in handy after an attack by cruise missiles and drones from the Yemenite Hussites on the largest field and refinery last year.

Other states also take care of their safety. For example, the total capacity of oil storage in Japan reaches 500 million barrels. In the UK, refineries have a duty to have a supply of raw materials so that the government can access it if necessary. India and China are engaged in the construction of oil storage facilities. Celestial Empire is especially active in this direction. Since she was unlucky with natural salt domes, the Chinese are building gigantic land tanks scattered throughout the country. Beijing plans to create reserves comparable to the US. Experts explain:

If you want to become a superpower, you must have the appropriate reserves. This will help you become a party to global treaties.
This is the general picture in the world among key players. In our country, the approach was simpler: oil storage was considered as a problem not of the supplier, but of the buyer, and excess volumes from the market could be removed through the OPEC + agreement. But, as we see, now this mechanism has ceased to work effectively. It turns out that it is still necessary to build storage facilities for the national strategic reserve, both for our own security and for more flexible price maneuvering in the event of another trade war.

However, there are other opinions. Quite rightly point out that this business is expensive and not fast. In Russia, old deposits are gradually depleted, and the development of new ones is complicated due to the regime of Western sanctions. They caution that production in the country may subside on the horizon of 10-15 years. There are calls to give money to oil workers to develop advanced of technologies and development of new fields with TRIZ.

It is logical to assume that if oil production in Russia really falls in the foreseeable future, then the relevance of the domestic strategic reserve will only increase.
Reporterin Yandex News
Reporterin Yandex Zen
8 comments
Information
Dear reader, to leave comments on the publication, you must sign in.