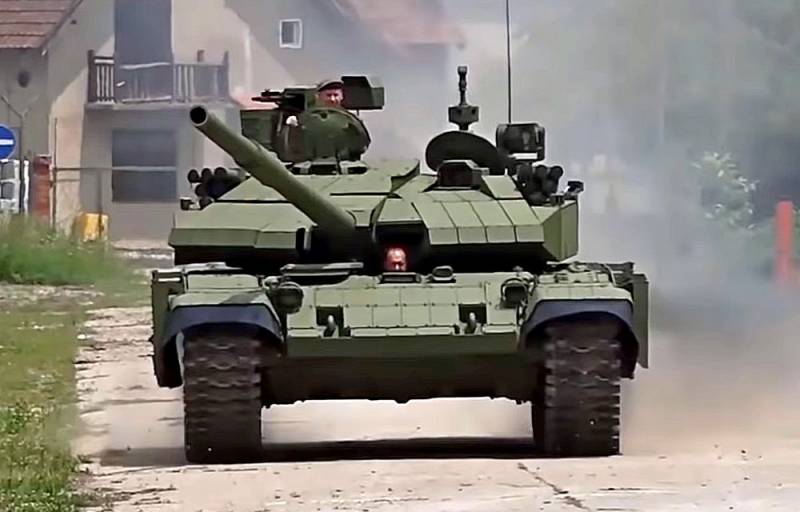 The modernized tank M-84 AC1, created on the basis of the Soviet T-72M, was introduced in Serbia in early June. The car turned out "to glory" and, if the country manages to transfer its army to this modification, it will significantly increase its combat potential.


It is worth noting that despite the difficult situation in which Serbia found itself after the collapse of Yugoslavia, the state did not abandon attempts to strengthen its sovereignty, including in the military sphere. So, in 2018, its army, in addition to assistance from Russia, received 29 types of weapons and equipment national development. In 2019, the Military Technical Institute in Belgrade announced that in the near future it is planned to adopt 90 more new systems, of which 76 are made directly in Serbia.

As for the M-84 AC1, as mentioned above, the tank is a deep modification of the obsolete Soviet T-72M. At the same time, only the hull, engine, turret and gun remained from the old version. All the rest, the Serbs remade, replaced and added their own.

The result was a machine that completely surpassed the Polish version of modernization and even partially (in terms of the effectiveness of active armor layout) our T-72B3M. If Serbia succeeds in “updating” all 199 vehicles inherited from Yugoslavia, the state will receive tank troops that are not inferior to similar units in most European countries participating in NATO.

Russia should help her in this, as Serbia is our only ally in the European region. Moreover, we do not have common borders, and in the event of a potential conflict, the Serbs should be able to withstand the arrival of Russian reinforcements.

Ctrl Enter
Noticed oshЫbku Highlight text and press. Ctrl + Enter
We are
The Germans are not a decree: Serbia does not intend to abandon Russia for Europe
Last trump card: why Russia is arming the Serbian army with the latest weapons
Reporterin Yandex News
Read Reporterin Google News
3 comments
Information
Dear reader, to leave comments on the publication, you must sign in.