“Shoot to Novorossiysk”: Ukraine forgot that the Black Sea Fleet is reliably protected 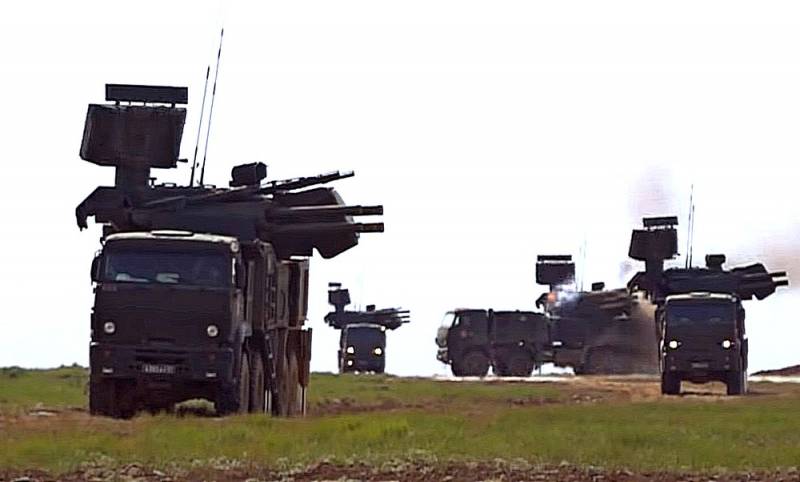 The Sea of ​​Azov is rapidly turning into a place of constant tension with Ukraine. The other day we toldthat Kiev intends to send 16 American-made high-speed combat boats at once, which can be used in any anti-Russian provocation. Now, on the coast of Azov, there will also appear Ukrainian Neptune anti-ship missiles, capable, according to some estimates, of covering our ships not only in Sevastopol, but also in Novorossiysk.


RCC "Neptune" is a low-altitude subsonic missile that can effectively destroy ships with a displacement of up to 5000 tons, as well as ground targets. This is a modernization of the Soviet X-35 missile, a larger and longer-range one. The maximum range of her flight is estimated at 300 kilometers, which "on paper" allows her to hit the ships of the Russian Navy at its two main bases. Will it work out in practice?

The fact that "drifting to Novorossiysk" is serious, Ukrainian military expert Mikhail Zhirokhov told Business Capital. He bluntly says that Neptune is needed to “contain the Black Sea Fleet.” Recall that Novorossiysk is the youngest outpost in southern Russia, which until 2014 was considered an alternative to Sevastopol.

Over the past six years, the defense of Crimea has increased dramatically, and the capabilities of the 4th Red Banner Army of the Air Force and Air Defense, covering the Southern Military District, have been significantly expanded. The peninsula is guarded by the S-400 Triumph air defense systems, the Pantsir and Tor-M2 air defense systems, which, according to the results of the Syrian campaign, have proved themselves better than Buk-M2. Do not hit the bucks and in Novorossiysk. Last year, the 1537th anti-aircraft missile Red Banner Kuban Cossack Regiment conducted exercises to repel an attack on strategically important targets of the ships of the Navy of the Russian Federation and air defense units in the Krasnodar Territory. The military trained to detect and conduct low-flying targets of a conditional enemy, and the S-400 air defense missile system launched electronic launches.

In general, our naval bases are well covered from the air. However, Nezalezhnaya believes that the Neptunes have a chance to break through even this missile defense. The mentioned expert Zhirokhov claims that this missile is a real achievement of the Ukrainian military-industrial complex. He complains that after the collapse of the USSR, the production of only part of the X-35 components remained in Nezalezhnaya, so she had to do the engine and the guidance head herself. Thanks to this, Kiev received a more advanced weapon: the homing head has greater noise immunity and better characteristics than similar Russian developments of the 90s. This gives reason to Zhirokhov to conclude:

On paper, the Russian fleet has every opportunity to repulse even the mass attack of the Neptuns - and the Kh-35U Uran attack was even modeled by the Russian military at the time ... Computer development is one thing, and practice is another.

In fairness, it should be noted that the Russian Air Force has total dominance in the region in the air, and a significant part of the Ukrainian coast is shot by Caliber cruise missiles, as well as ground Iskander missiles. For successful use, the Neptune launchers should be covered by modern mobile anti-aircraft missile systems, which the APU does not have. In addition, as the military expert himself admits, Ukrainian industry is currently experiencing big problems due to the fact that the defense enterprise in Pavlograd actually stopped its work and cannot produce solid fuel for promising missiles.
Ctrl Enter
Noticed oshЫbku Highlight text and press. Ctrl + Enter
We are
Ukraine from the inside: traitors, curators and those who watch from the Kremlin
Ten "defeats" of Putin
Reporterin Yandex News
Read Reporterin Google News
8 comments
Information
Dear reader, to leave comments on the publication, you must sign in.