Russia gained access to the inaccessible depths of the oceans 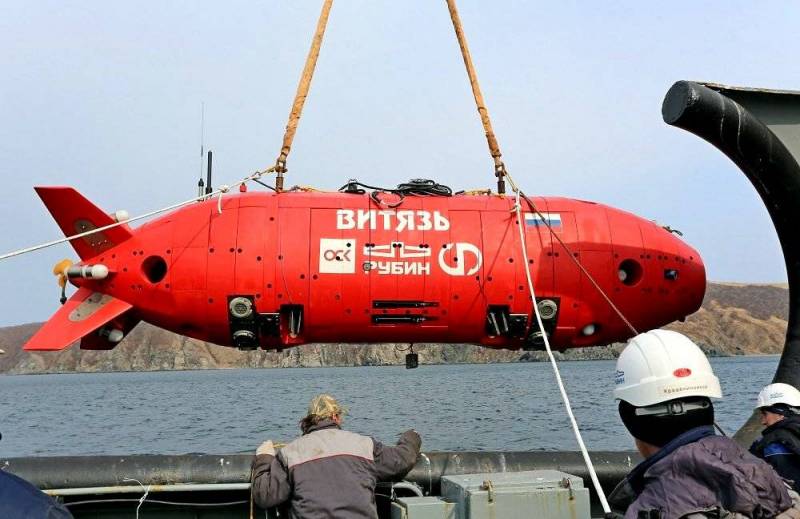 Tests of the Vityaz-D underwater robot have confirmed that Russian scientists now have the opportunity to explore previously inaccessible depths of the oceans. About this on the eve of the agency RIA News said the head of physical and technical research of the FPI, candidate of military sciences Viktor Litvinenko.


According to the expert, the domestic autonomous bathyscaphe is able to dive for 13 km, withstanding the natural pressure characteristic of these depths. In addition, thanks to the electric power plant, the robot is able to cover distances of up to 100 km under water. At the same time, the device’s batteries are recharged from a conventional network.

We can go down to any depth anywhere in the World Ocean
- Litvinenko told reporters.

Now, Russian scientists will be able to study in detail the bottom section, shelves, the movement of tectonic plates, as well as obtain other necessary data at depths previously unattainable for study.

Recall that on May 8 of this year, Vityaz-D, developed by the Central Design Bureau MT Rubin, has already proved its technological opportunities reaching the bottom of the Mariana Trench. The autonomous apparatus plunged to a depth of 10 meters and was there for more than three hours.

It is worth noting that, according to Litvinenko, an underwater robot may be of interest to the Russian Defense Ministry. At the same time, a similar point of view was expressed in 2019 by the doctor of military sciences, captain 1st rank Konstantin Sivkov, emphasizing that the device can be used to detect submarines, surface ships and military objects located at the bottom with their subsequent destruction if necessary .
Ctrl Enter
Noticed oshЫbku Highlight text and press. Ctrl + Enter
We are
American MegaBot: Big, Expensive, and Unnecessary
“Fedor” in orbit: why Russia needs a robot-astronaut
Reporterin Yandex News
Read Reporterin Google News
Ad
The publication is looking for authors in the news and analytical departments. Requirements for applicants: literacy, responsibility, efficiency, inexhaustible creative energy, experience in copywriting or journalism, the ability to quickly analyze text and check facts, write concisely and interestingly on political and economic topics. The work is paid. Contact: [email protected]
1 comment
Information
Dear reader, to leave comments on the publication, you must to register.
I have an account? Sign in