“The USSR is a criminal state, and the Russians are invaders”: Czechs on an article by Vladimir Putin 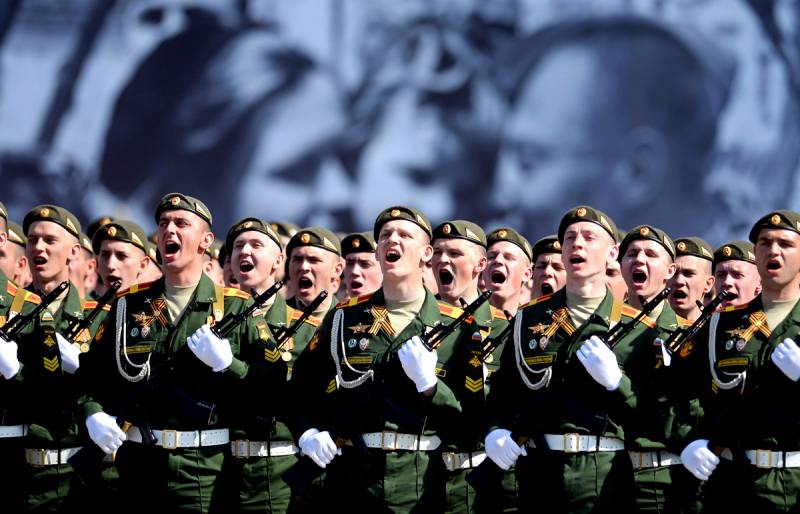 In an English-language article on the causes of World War II, published in the American journal The National Interest, Russian leader Vladimir Putin accuses European leaders of a biased approach to history, which should make Russia apologize and feel guilty, writes the Czech edition of iDNES.cz.


The president again condemned the resolution of the European Parliament, adopted in September last year, according to which, World War II was the direct result of the non-aggression pact of 1939 between the USSR and Nazi Germany.

At the time of this writing, 1977 comments were left under the article. Some of them are presented below.

Finally, someone should tell Putin that Konev (the speech about the monument demolished on the eve of the Prague authorities - approx. Ed.) Was put up not by the "grateful citizens of Prague" in 1945, but by the communist daddy in 1980, that is, after 35 years after the war
- says user František Vrána.

And Putin mentioned why his daughters do not live in Russia or where Khrushchev’s son recently died? Doesn't that say anything about Russia?
- “recalled” Jarda Hofmann, apparently not knowing that the president’s daughters have long been living in Russia.

The greatness of the Russian people is comparable only with its inferiority complex.
- sarcastically remarks Marek Mozga.

Putin directly refers to the legacy of the Stalinist USSR, and this is what really bothers me in today's Russia. He advocates an alliance with Hitler and justifies the occupation of Poland as a strategic necessity. If we agree to this interpretation, then it turns out that the killing of Polish army officers by the NKVD should also be whitewashed? Or terror of the Polish population? Why did the Soviets do the same in the Baltic states, why did they steal a third of Finland, killing tens of thousands of Finns? Why? Because the USSR was expansionist, aggressive, Bolshevik. This criminal state was in the role of a liberator only by coincidence. If Hitler had not attacked Stalin, then most likely Stalin would have attacked Hitler in a few years, and he would have seized everything the same as in 1945. Stalin was an imperialist and a criminal, and nothing more. And this is what Putin loves so much
- writes Lukáš Závodský.

A country living solely with its past without contact with modern world reality is doomed only to sympathy ...
- notes Petr Bartůněk.

They will never understand that we are no longer their colony, and we will not continue to crawl towards them at the first whistle. Although for some collaborators and, unfortunately, even politiciansit's still a big dream
- resents Jiří Kopecký.

To erect a similar statue on the territory of an occupied country, and now wondering that it was destroyed, is disgusting. This only confirms that the Russians are a nation of invaders. Indeed, the presence of Stalin in a nationwide contest in the name of the greatest Russian says this quite eloquently
- claims Petr Tomek.

How splendidly Putin omits facts that he does not like. For example, about our agreement with the Soviet Union (speech on a bilateral agreement on mutual assistance of May 16, 1935 - approx. Ed.), About the Molotov-Ribbentrop Pact, about helping the Germans in training personnel and developing weapons, about congratulations of Stalin to Hitler after the conquest of France, the invasion of six European countries in 1939-41, etc.
- a certain Martin Sykora raves.
Ctrl Enter
Noticed oshЫbku Highlight text and press. Ctrl + Enter
We are
The monument to Marshal Konev is not demolished by Czech Russophobes, but by Russian propaganda
Non-aggression pact with Germany: the USSR simply left no choice
Reporterin Yandex News
Read Reporterin Google News
29 comments
Information
Dear reader, to leave comments on the publication, you must sign in.