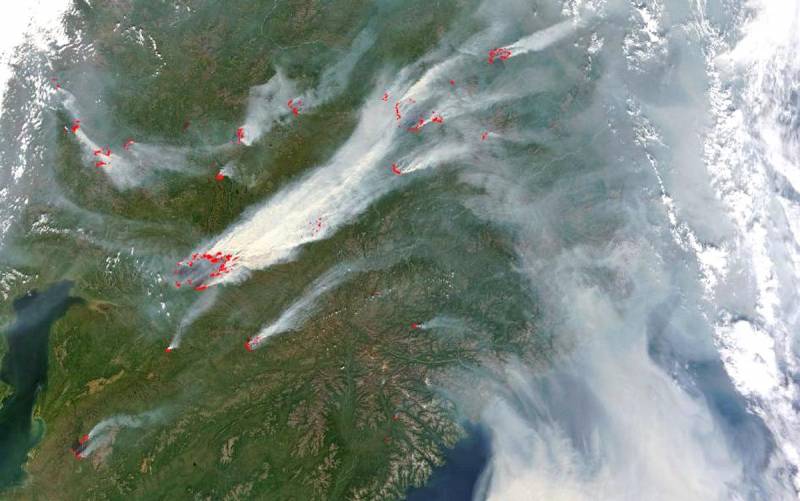 Forest fires in Siberia in 2019, view from space

At the end of May, 21 thousand tons of diesel fuel spilled into the rivers of the Arctic part of Siberia. This was, according to scientists, the result of a vicious circle of changes in the Siberian climate. What is happening there affects the ecological situation of the entire planet. It is reported by France 24.

The owner of a thermal power plant near Norilsk, where the release occurred, blames the melting of permafrost. It, in turn, is the result of an increase in temperature caused by global warming. However, it itself can lead to accelerated climate change.

The permafrost contains a huge amount of carbon - about twice as much as today in the atmosphere. This carbon is frozen, protected, blocked. If permafrost thaws, carbon will be released into the air in the form of greenhouse gases - CO2 and methane. This will accelerate global warming, which will further unfreeze permafrost. All this will create a loop of irreversible consequences.
- said Antoine Sejourne, a geomorphologist at the Université Paris Saclay.

The negative effects of global warming are already visible in Siberia for several years. In particular, warm winters and mild spring cause numerous forest fires. The forest occupies those places where it was not there before due to low temperatures. Now, when it is getting warmer, there is more vegetation, however, the number of forest fires is also growing. Due to fires, the ability of boreal forests to absorb carbon dioxide and methane decreases, which further increases their concentration in the atmosphere.

Warming also contributes to the spread of invasive species of insects (that is, introduced by humans and expanded in new regions). One of them is Dendrolimus sibiricus - a silkworm capable of producing offspring that absorbs the leaves of a giant pine tree in a few hours.

What is happening in Siberia applies to all of us. If there are places that thaw and where carbon is released, temperatures are rising all over the world. A rise in temperature means an increase in the melting of glaciers and polar ice caps in Antarctica and in Greenland, which leads to a rise in sea level